The current director of world football development at Fifa, former manager of Arsenal and coach of Monaco Arsène Wenger confided in the microphone of Lionel Rosso with Jimmy Algérino and Luc Sonor. A fascinating interview in which the Alsatian does not avoid any topic of football news. 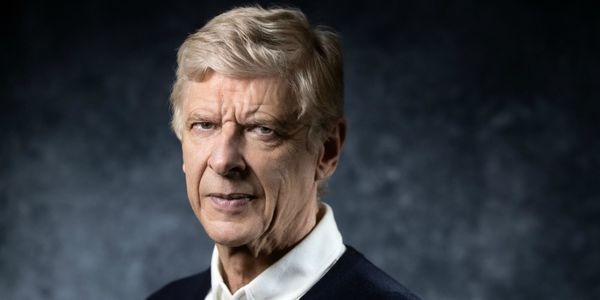 The current director of world football development at Fifa, former manager of Arsenal and coach of Monaco Arsène Wenger confided in the microphone of Lionel Rosso with Jimmy Algérino and Luc Sonor.

A fascinating interview in which the Alsatian does not avoid any topic of football news.

On the occasion of the broadcast of the documentary

on Canal + this Sunday at 9 p.m., Arsène Wenger returns, for Europe 1 listeners, to his career, his new role at Fifa, the evolution of football and his project. controversial of a World Cup every two years, which he does not let go.

Wenger on Arsenal's invincibles: 'You have to set high goals'

"As we had been champions in 2002, in 2003 I said in a press conference that my dream was to have a season without being beaten once. But in 2003, we lost the title and Manchester United were champions. We was still unbeaten away all season. My players said to me 'it's because of you, you set us too high a target'. That's what's interesting. I I didn't manage better than in other years.

But if I hadn't set that goal for them, they wouldn't have done it.

It is sometimes necessary, even if it means appearing arrogant, to set extremely high objectives for people.

The seeds we put in the brain sometimes take a long time to respond.

When they scolded me I said 'honestly, I'm sure you can do it'.

"What I'm most proud of is loyalty. I was brought up like that. A leader must carry the values ​​he wants. You can't ask a player to be loyal if you jump on the first offer. A leader is zero privileges. The most important thing is the values ​​that you generate in a club. That's how a club is built. How you will be perceived from the outside, what what is important in your behavior and what you do not tolerate in the players and the staff. This legacy is the most important. It is an extremely interesting experience at this level."

"What people didn't remember was that before my arrival, Monaco hadn't passed a round of the European Cup. We managed to go to the final of the Cup Cup, in the quarter and in the semi-finals of the Champions League. Monaco has therefore established itself on the European scene during these seven years. I also broke the longevity record in Monaco. It proves that once I am settled, I am difficult to dislodge.

It was an exceptional time for me.

I was in Nancy and in my third year we went down.

Then I had the choice between PSG and Monaco.

And in Monaco, from the first year, we were champions of France.

The big lesson from my career is that when you turn around and you've won with a team, with distance, you realize you had great players and smart players."

His role at Fifa as director of football development: 'Bridging the gaps'

"There are 211 countries in the world affiliated with Fifa. I had a survey carried out in 205 countries to find out what the needs are in each country and what the means are lacking. There is a very strong correlation between the quality youth work and the results of the senior team. I created a program called 'To every talent, a chance'. And this is not the case in 85% of the countries.

Today, knowing the pleasure of football does not happen in many countries, because there is no youth competition. In Africa, and in most countries in the world, there are no more than two competitions organized among young people. In 2022 and 2023, we enter all the countries to try to fill their lack and give financial support. We don't train enough good players in the world because there is no football education. We are going to organize World Cups more regularly in the under-17s to encourage countries to do something for young people.

Integrating a player into the first team requires preparation four to five years in advance.

I often take Mbappé as an example.

Today he is perhaps the best player in the world.

Would he be the same player if he was born in Cameroon?

This is my challenge.

So you will tell me that it is a program that lasts over 20 years.

But at least I'm going to start it."

The World Cup every two years: "Football does not kill"

"There was a lot of resistance on that which I completely understand. I was brought up in the four-year cycle. But the world has changed, the perception of time has changed. Everything is going faster. Young people want events all the time. He no longer watches 90 minutes of football in front of the TV. If you look at the history of the World Cup, 54% of the participants are European and 18% are from South America. The rest of the world is excluded. I am for a more frequent World Cup. Europe has 55 countries and 13 participants. Africa has 54 countries and five participants.

I also propose that there be a mandatory rest period after the competition. Me, I was asked to study a calendar to be able to organize a World Cup every two years. I proposed a reduction in the number of qualifying matches. The next European championships will take place at 32. There are 55 countries. We are not going to play for a year and a half to qualify 32 nations. I propose to combine the qualifications. To play them three times instead of five and to arrange the calendar.

Today, before the matches, we prepare better.

During the match, the players are better protected.

After the match, it's better too.

What has increased is public pressure through social media and commercial responsibilities on the players' side.

But the football part itself does not kill.

He is still there and during these 19 years he has played 70 games every year.

It proves that football does not kill."