Rowing across the Atlantic: Frenchman Jean-Jacques Savin found dead in his canoe

Girondin Jean-Jacques Savin, 75, who was trying to row across the Atlantic and whose relatives had not heard from him since Friday, was found dead on Saturday in his canoe, off… 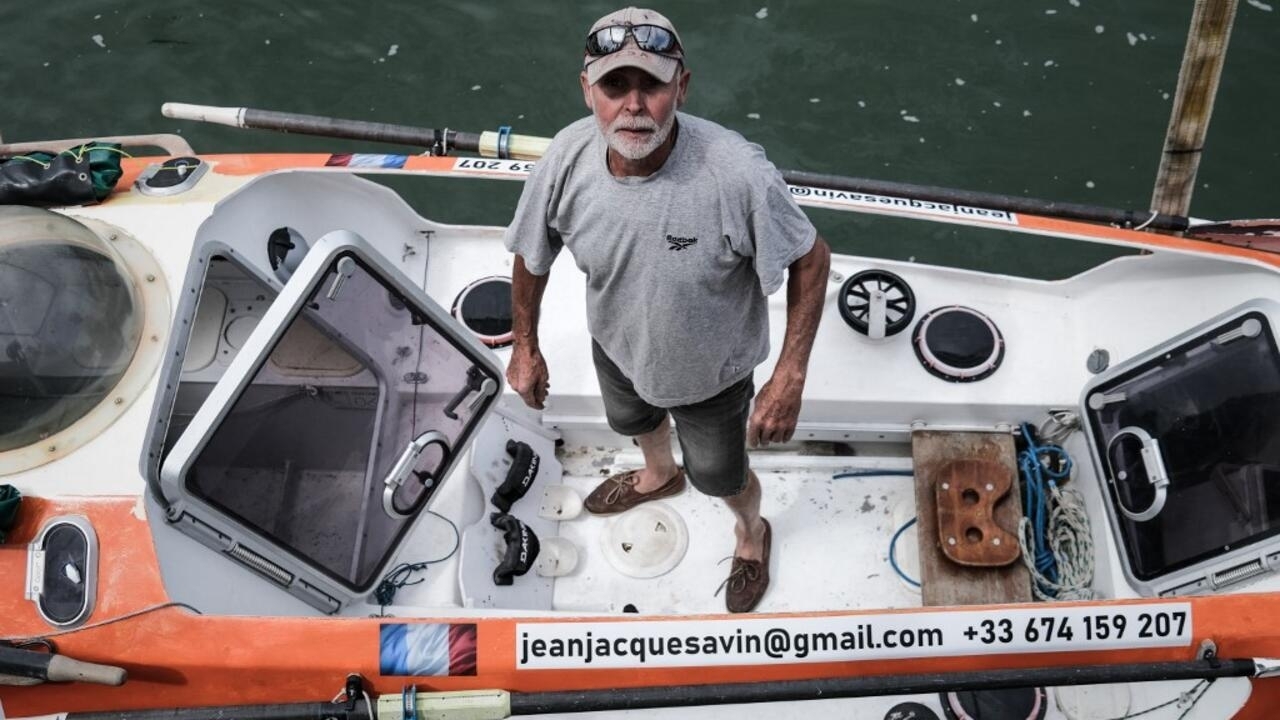 Rowing across the Atlantic: Frenchman Jean-Jacques Savin found dead in his canoe

Frenchman Jean-Jacques Savin wanted to become the oldest man to row across the Atlantic.

The Girondin Jean-Jacques Savin, 75, who was trying to cross the Atlantic by rowing and whose relatives had not heard from since Friday, was found dead on Saturday in his canoe, off the Azores.

", announced in a press release to AFP the team of volunteers who followed the septuagenarian adventurer, who left on January 1 from Portugal. The “

the boat unfortunately returned off the Azores. A diver was able to go down and visit the boat this Saturday

”, specifies the text underlining that “

the ocean this time was stronger than our friend, he who loved navigation and the sea so much

”. The team also indicates that it does

not yet know "the exact circumstances of the tragedy

The navigator, who had made himself known by crossing the Atlantic in a barrel in 2019, pushed by the winds and the currents, had aroused the concern of his relatives since Friday morning. “

,” members of his team told AFP on Saturday morning. According to them, he had triggered his two distress beacons, "

indicating that he was

During the last contacts, Jean-Jacques Savin was north of Madeira, offshore, and was on his way to the small island of Ponta Delgada, in the Azores archipelago, to repair.

Because shortly after his departure from Sagres (southern Portugal) on January 1, this great sportsman, “

”, was quickly diverted due to bad winds.

His initial route had thus been extended by 900 km and then he had to encounter serious energy and communication problems.

strong swell and the force of the wind

", adding that he was obliged "

It costs me physical energy.

Don't worry, I'm not in danger!

Living in Arès, in the Arcachon basin, he intended to row across the Atlantic and become "

the dean of the Atlantic

a way of taunting old age

was an extraordinary, atypical man

", recalls the mayor of Arès, Xavier Daney, who also speaks of an "

outstanding adventurer, a well-marked character, with character, as one can be on the Arcachon bay. We are peasants of the sea, a little earthy and a little sailor. He was a pure Aresian, his father was an oyster farmer.

very strong thought for his daughter Manon,his partner Jackie and the whole team of volunteers

Jean-Jacques Savin had celebrated his 75th birthday on January 14 aboard his canoe, eight meters long, 1.70 m wide and equipped with two cabins and a rowing station.

On board, 300 kg of equipment, including freeze-dried food, a heating point, a spear gun for fishing, an electric desalinator and a manual, his mandolin, Champagne, Sauternes and foie gras to celebrate his birthday.

," he laughed shortly before his departure.

In 2019, this slim and muscular former paratrooper had spent more than four months in

He had thus crossed the Atlantic alone, driven by the winds and currents.

This former private pilot and curator of a national park in Africa had thus joined the West Indies, which he hoped to join again by rowing.

He had signed a book,

127 days adrift, the Atlantic in a barrel

, on his adventure which had also been followed by 23,000 people on Facebook.