Disappointed Andersson: "Destroy for the other girls" 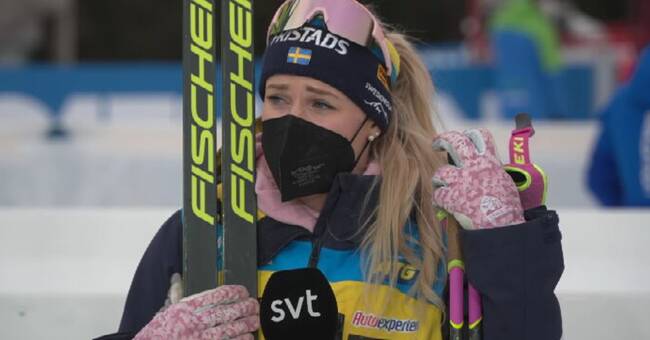 Mona Brorsson switched over to Ingela Andersson who went out on the second round for Sweden in the relay in Antholz.

But then it became night black - a total of four booms in the first shot for Andersson.

-I kind of do not tackle the height of the shooter.

I'm so disappointed to ruin for the other girls.

It's so sad that it happens in a relay, says Andersson.

When Andersson went out after the change, Sweden was in second place, two seconds behind Belarus.

But Andersson was able to quickly get up and lie down on his back in Belarusian.

- It felt so controlled on the first lap and I could walk so easily in the back.

She pressed and I could just slide big and join.

I did not feel burdened when I entered.

After the second shot, she was instead 46 seconds behind, and Sweden slipped down to a ninth place.

- I became very insecure in the wind and chose not to screw.

And then I start to bar and repeat a shot and then I felt that I was stressed, and then just no.

Last race for the weekend

What are you still taking with you from this weekend?

- I think it's sad that it happens at a relay and I'm very disappointed.

But I take with me that I fought and I tried to keep it together, says Andersson.