(Photos) The Manchester coach reveals the details of his dialogue with angry Ronaldo during his replacement: He told me why me

&nbsp;Interim Manchester United coach Ralf Rangnick criticized his team's performance in the first half after their 3-1 victory over Brentford in the English Premier League on Wednesday. 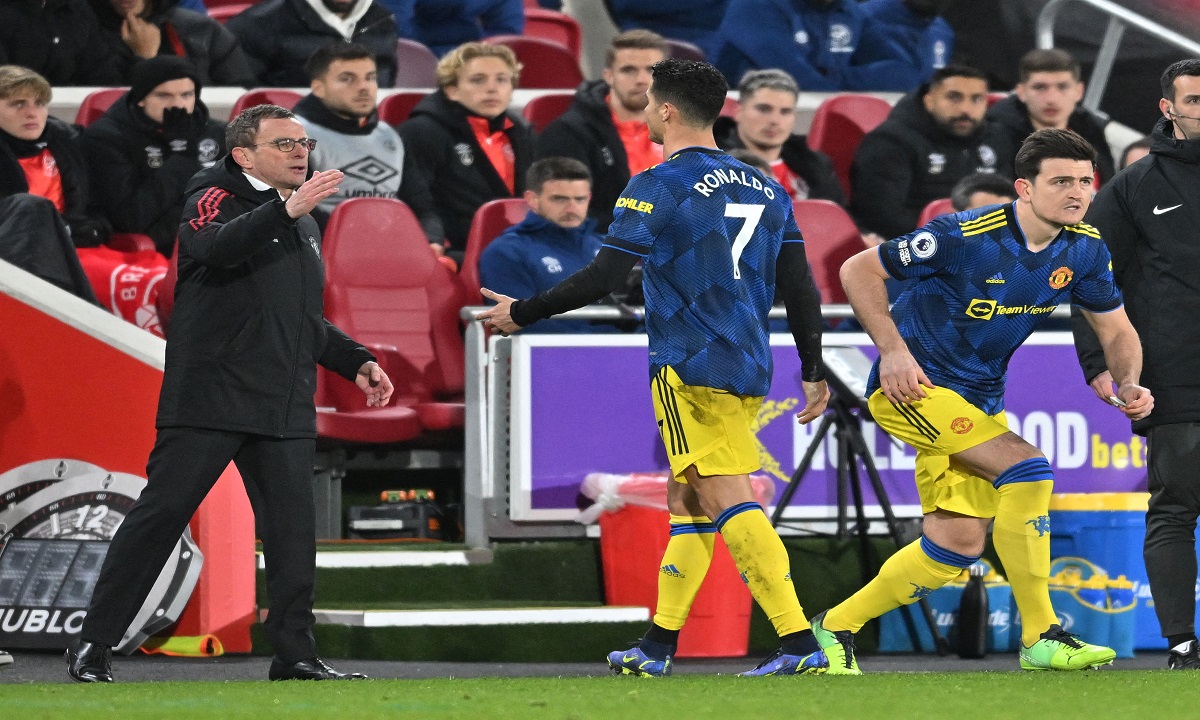 (Photos) The Manchester coach reveals the details of his dialogue with angry Ronaldo during his replacement: He told me why me

Interim Manchester United coach Ralf Rangnick criticized his team's performance in the first half after their 3-1 win at Brentford in the English Premier League on Wednesday.

The German coach dealt with Cristiano Ronaldo's anger after his exit in the second half.

Brentford excelled in the first half over the visitors, who owe their goalkeeper David de Gea the credit, after saving more than one chance, before Anthony Ilanga, Mason Greenwood and Marcus Rashford scored a hat-trick after the break.

United achieved an important victory as they sought to finish the season in the semi-finals, but Rangnick was not satisfied with what he saw in the first half.

"To be fair, without De Gea and his savings so many chances it would have been difficult," Rangnick told reporters.

"We were bad with our passing, we didn't play hard in tackles and we lost equal positions. We were nervous when we started on the counter-attack."

"Brentford was fierce and brave in every aspect that we talked about during the break."

It seemed that what Rangnick talked about during the break paid off for United was completely different in the second half.

United are two points behind West Ham United, fourth, and have a game in hand, but Ronaldo's reaction overshadowed the victory when he was replaced by defender Harry Maguire, when the score was 2-0.

He explained the anger at Ronaldo, who missed the last two matches with injury, and threw his jacket before continuing to express his anger on the bench.

"His reaction was 'Why me?'... I told him I was making the decision for the team because we were 2-0 up at (Aston) Villa and in the end we drew 2-2 and I was angry that the style of play wasn't changed to five defenders," Rangnick said. .

"I decided to play with five defenders with Harry Maguire. (Ronaldo) was not happy, he's a top scorer and he wants to stay on the pitch and score. But it was important to play intensely in defence."

"I told him that I understand his position, but maybe when you are a coach after a few years you will make the same decision. I did not expect him to hug me ... but there is no problem with him."