The history of the San Jose Sharks was written last night. Timo Meier became the club's first player to score five goals in a single NHL game. He did it against the Los Angeles Kings. - It was special, he says. 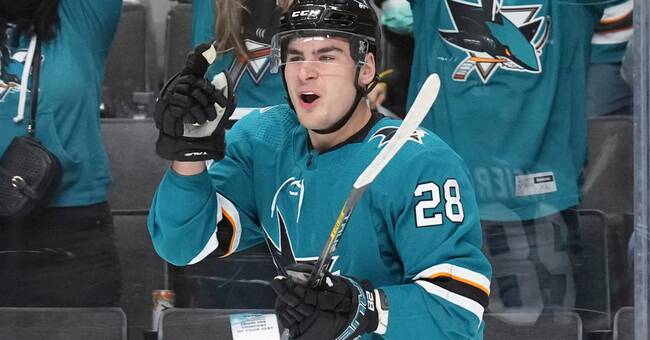 The fact that ice hockey players score five goals in one and the same match does not happen very often.

In fact, before Meier's feat last night, only four players accounted for that accomplishment in the NHL in the 2000s.

Most recently was Mika Zibanejad, who scored five of the New York Rangers' six goals against Washington almost two years ago.

But tonight it was time again.

- Honestly, I do not remember the last time I did it.

It was probably in some junior match in Switzerland.

It's a pretty cool feeling.

But at the same time, you do not want to get hubris.

We're free tomorrow, then we'll just go back to work.

But it clearly gives a lot of confidence, you want to continue with the hard work, he says, according to the NHL's website.

Swedish Erik Karlsson, who had three assists in the match, was happy for his Swiss teammate.

- It's always fun when you get to see guys do something like that.

It raises the feeling in the whole team, says Karlsson, whose performance to Meier's fifth goal was Karlsson's 500th assist in his NHL career.