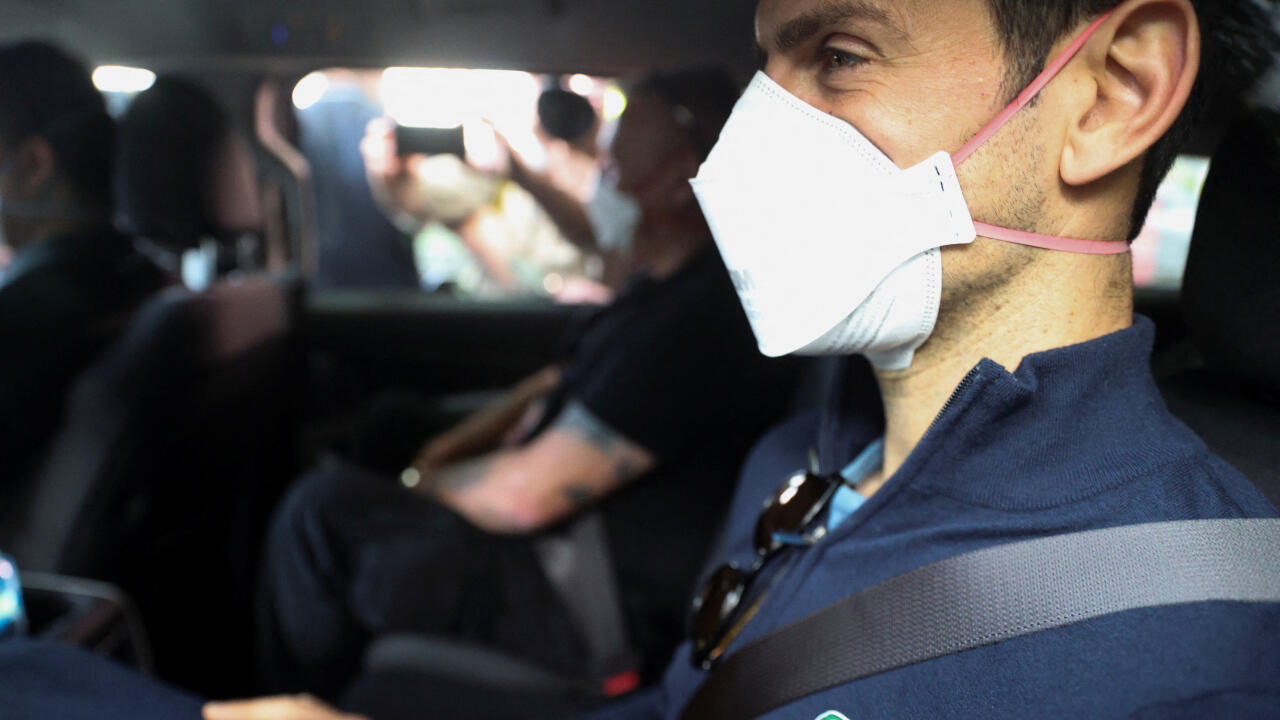 The final legal battle between the world number one in tennis and the Australian government, which intends to expel Novak Djokovic from the country, was held on Sunday January 16 before the Federal Court of Australia in Melbourne.

The three judges of the Court heard for several hours the arguments of the representatives of the tennis player and those of the government, before retiring to deliberate.

Allowed to leave the detention center where he was placed on Saturday, Djokovic followed the hearing online from the offices of his lawyers.

A "final" which could have long-term repercussions for the career of the 34-year-old Serb, accustomed to high-intensity matches.

On the eve of the first rackets of the Australian Open where the star hopes to win a record 21st Grand Slam title, the interim hearing must decide whether the player will be immediately sent home and banned from Australian territory for three years, or if on the contrary he can play the tournament.

If the court decides against Novak Djokovic, his place in the table will be taken by a "lucky loser" eliminated in qualifying.

"Irrational" detention according to Djokovic's lawyers

In his conclusions filed on Saturday before the Court, Immigration Minister Alex Hawke argued that the presence of Novak Djokovic in the country "is likely to represent a health risk".

He says it encourages "anti-vaccination sentiment" and could deter Australians from getting their booster shots.

The presence of the champion could even "lead to an upsurge in civil unrest", added the minister.

Even if he qualified the risk that Novak Djokovic himself infects Australians as “negligible”, the minister considered that his past “contempt” of health rules against Covid-19 constitutes a bad example.

Sunday before the Court, the lawyers of "Djoko" qualified the detention of their client and his possible expulsion of "illogical", "irrational" and "unreasonable".

Debates around the star's anti-vaccination stance

Government lawyer Stephen Lloyd responded that the champion's failure to be vaccinated nearly two years into the pandemic and his repeated disregard of health rules, including failing to isolate when he knew he was infected, constituted sufficient proof of his position.

The decision of the three Federal Court judges will be virtually impossible to challenge by both the Australian government and Novak Djokovic.