Loob list: SHL players to go to the Olympics

The Olympics are approaching and a Tre Kronor squad will be taken out. In Thursday's "Hockey Night", SVT Sports expert listed five SHL players who will have a place. And Johan Garpenlöv had to give his view on the players. 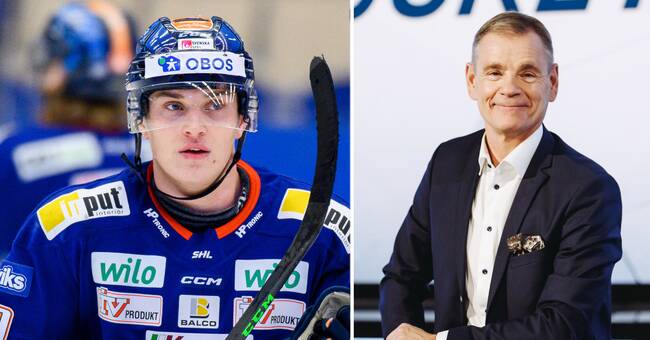 One of the names that Loob believes will go to Beijing in February is Växjö's Pontus Holmberg.

After an impressive play-off this spring, when Växjö took gold, the 22-year-old has continued to deliver in the SHL.

In 30 matches he has accounted for 25 points - a new personal points record.

- It is a center that could definitely have fit as a third or fourth center in an Olympic team.

He was extremely good in Växjö in the playoffs last year.

He deserves a place in the Olympic squad, says Loob.

- A strong and robust defender who is definitely needed in a national team, says Loob.

Federation captain Johan Garpenlöv says that they are starting to get the squad ready and that the five players Loob mentions are of interest.

- It is clear that there are five very good players.

These are players we have looked at during the season and who will be with us until we take out the squad.

We will see if Håkan is right about what he says, says Johan Garpenlöv.

See all five players in the player above.