The renewal Plan of 'lasismo': the strategy with which Real Madrid has revolutionized its squad

Just a few months ago, the outlook for Real Madrid invited pessimism. It was as if one of the most buoyant eras in its lustrous history was extinguished without anyone appearing ... 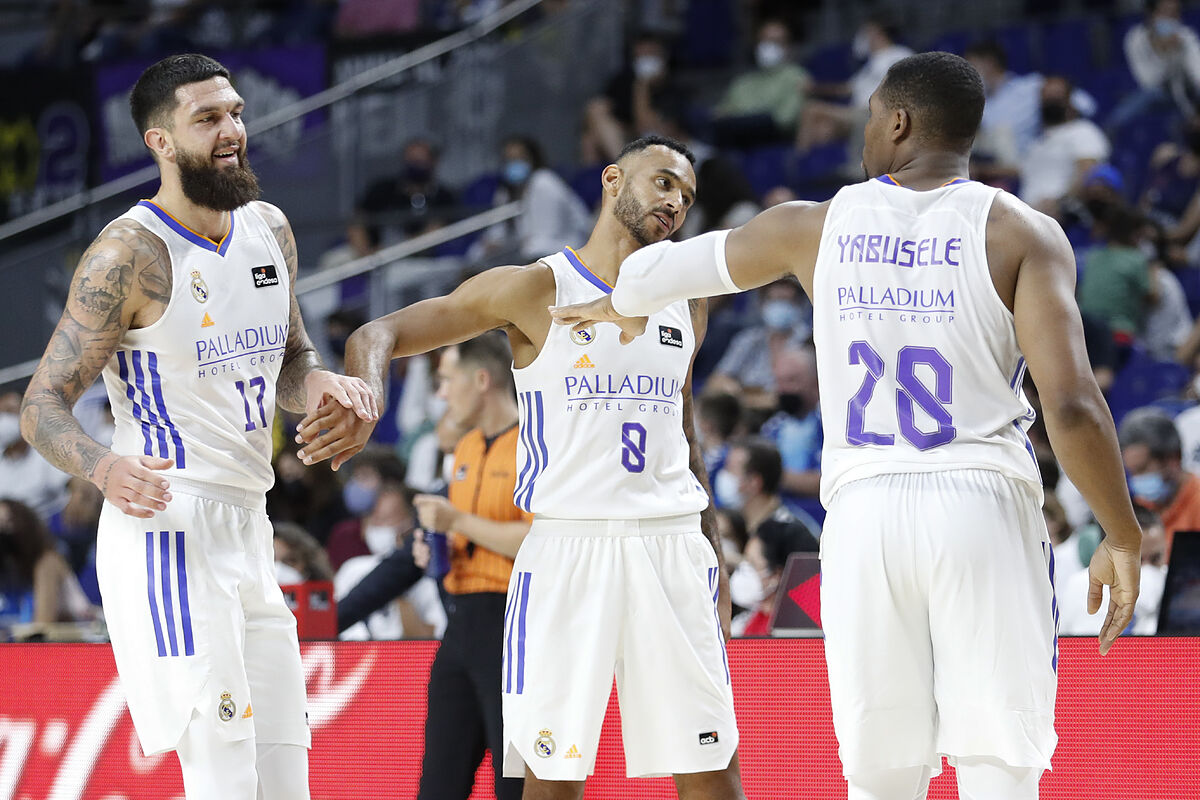 Just a few months ago, the outlook for Real Madrid invited pessimism. It was as if one of the most buoyant eras in its lustrous history was fading away without anyone seeming to do anything to remedy it. Some stars escaped, others aged and

's Barça emerged ready to put an end to the cycle. But there was a road map. Silent and strategic. The return of Gabriel Deck and the renewal of

, the two movements in the offices of last week, confirm the 'Plan renove': there is

was the paradigm of depression. A veteran in the twilight of his career was the only market argument for

, the strength of a

that would not take long to pack and an 18-year-old boy,

. A rickety and exhausted squad that would end up yielding in the Cup final, in the Euroleague quarters and also for the ACB title, despite the collective's meritorious rewards of self-esteem. The first blank year of the Laso era was, however, a fallow period.

In addition to the pandemic and the general austerity of the club in these times, one of the great problems for the necessary reconstruction was precisely in the clutches of that insatiable NBA that took Deck for two million euros when in a couple of months it ended contract and was free. On the reverse side of that tyranny, Madrid has found its loophole. And the first stone of the re-foundation came in April, when the arrival of

The example had been Edy Tavares.

Players rebounded from a League that gobbles up stars without too much consideration.

Like the African, Poirier had almost no minutes for two years since he jumped from the Baskonia.

In the prime of his career.

And at that door, Madrid knocked "the first", as the Frenchman confessed in an interview on the website of his Federation, where he also spoke of what it meant to return to "have fun" and the "NBA business."

“The mindset here is less businesslike.

There is an element of affection that you cannot find there ”, he acknowledged, now in white.

With Poirier and Tavares, Madrid raised a wall, two towers unmatched in Europe, both in their prime. But much more was missing. In the summer came

, an American base physicist with many suitors, and Guerschon Yabusele, another NBA renegade.

represented two market opportunities, proven, experienced players, who would soon fit in. Differentials, one in attack and the other in defense. And with the plus of arriving repudiated by the eternal rival.

While waiting for the recoveries of Randolph and

, Laso recovered the strength of a physical and extensive squad, from which two veterans like

came out (in addition to a

that never performed as expected) and that counted with the impulse of the prolific quarry.

have shown to be ready despite their age, integrated into the day-to-day life of the first team.

But the icing on the cake for the future has arrived in recent days. The penultimate stone. With the return of Deck and the renovation of a Yabusele that had left doors open: he had only signed for one year. Both until 2025. Two 26-year-old talents supporting everything else. Still with NBA clauses, but with contracts commensurate with their status. And with the tattoo of his bad times on the other side of the pond.

So Laso, the same one who juggled a year ago to simply survive, is today, just over a month away from the first title of the course, with a squad of 15 pieces plus three promising homegrown players.

as champions of competitiveness, a nucleus of players over 30 (

) and another as a pillar of the present and tomorrow.

Suddenly, muscle, favorite of all.

And with plans for even more:

, another bouncer, will be the great goal of the summer.

Euroleague A Christmas Carol: the heroic Real Madrid ravaged by the covid puts CSKA down

Euroleague 2020 - 2021Three new infections in Real Madrid: the game against CSKA is in danger