She just escaped the nightmare of sexual assault, but will she miss the Olympics?

South Korean short-track speed skating Winter Olympic champion Shen Xixi recently filed a lawsuit for preservation in the court, requesting suspension of the suspension imposed by the Korean Ice Sports Federation.   There are only more than 20 days left until the opening of the Beijing Winter Olympics. Once Shen Xixi fails to appeal, she, as the main force of short track speed skating in South 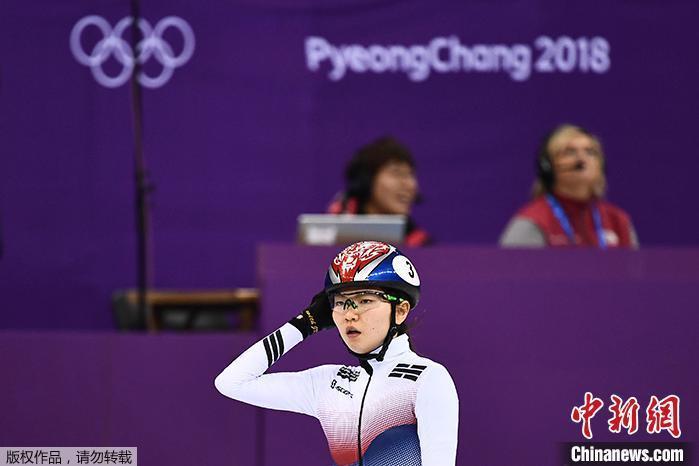 Shen Xixi, born in 1997, was once a genius girl with high hopes.

In 2014, when she was only 17 years old, she represented South Korea in the Sochi Winter Olympics and won the third place in the 1000m, the second place in the 1500m, and the championship in the 3000m relay.

When she was young, the audience saw her bright side on the stadium and podium, but they could not think of a nightmare experience behind her.

At the 2018 Pyeongchang Winter Olympics, Shen Xixi and his teammates won the women's 3000m relay championship in short track speed skating at home.

Subsequently, news about her extended from inside the arena to outside the arena, revealing the dark side of Korean short-track speed skating.

In December 2018, Shen Xixi, as a witness, attended the second trial of the second instance in the case of Zhao Jae-fan assaulting players and damaging property, and filed a complaint with the police claiming that Zhao Jae-fan violated the Child and Adolescent Protection Law.

Shen Xixi claimed in the complaint that he has been sexually assaulted by coaches since 2014, mainly in the locker room of the coach of the Korean Sports University ice rink, Tae Ling Players Village and Jincheon Players Village ice rink locker rooms.

It is reported that the sexual assault continued until two months before the opening of the Pyeongchang Winter Olympics, as many as 30 times.

Such accusations shocked South Korea and the world sports arena.

After more than a year of litigation, in January 2021, Korean media reported that Jo Jae-Bum was sentenced to 10 years and 6 months in prison by the Suwon District Court for a sex crime.

The nightmare that has lasted for many years is finally over. At this time, one year before the opening of the Beijing Winter Olympics, Shen Xixi's career seems to be back on track.

In October last year, there were media reports that Shen Xixi was on the list of candidates for the Winter Olympics submitted by the Korea Ice Sports Federation to the Korean Sports Association. It seems that everything is developing in a good direction.

However, in late December last year, the South Korean media revealed that Shen Xixi was suspended for two months as a member of the national team for verbal abuse and demeaning coaches and teammates.

The Beijing Winter Olympics will be unveiled on February 4 this year. If Shen Xixi's punishment is implemented as scheduled, she will completely miss the Winter Olympics.

The ice rink in the Capital Gymnasium will host short-track speed skating competitions during the Beijing Winter Olympics.

Now, Shen Xixi has filed a lawsuit for preservation, requesting the suspension of the suspension penalties made by the Korean Ice Sports League, which is to make the final fight for participating in the Winter Olympics.

However, as far as the Academy of Algorithms agreed to preserve, whether Shen Xixi can compete in the Beijing Winter Olympics will also be decided by the Competitive Ability Improvement Committee under the Korean Ice Sports League.

According to media reports, the Seoul Eastern District Court of South Korea will hold a court session on the 12th to hear the case, and the time-consuming decision procedure is also variable.

The International Skating Union requires all national and regional delegations to submit the final list of Olympic athletes before January 24.

The Korean Sports Association plans to obtain the final list on the 23rd and submit it to the ISU on the 24th.

Therefore, on the 23rd of this month, if Shen Xixi has not regained his national team qualifications, he will not be able to participate in the Beijing Winter Olympics.

The qualifications of the national team members were suspended for insulting, belittling coaches and teammates, leading to missed the Winter Olympics. Such a thing sounds a bit weird, but for those familiar with Korean short track speed skating, it is not too surprising.

For a long time, the Korean short track speed skating team, which is in the first echelon in the international arena, has been exposed to negative news many times due to frequent infighting, and even seriously affected the careers of some top players.

For example, the well-known An Hyun-soo, although he won three gold medals in a single Winter Olympics at a young age, he has repeatedly encountered isolation and even bullying in the internal fighting of the Korean short track speed skating industry.

In the end, he chose to leave South Korean nationality.

After leaving Russia, he changed his name to Victor Ann and continued his sports career, returning to the Sochi Winter Olympics.

Shen Xixi, who has come out of the "mouth", is making the last effort to be able to participate in the Beijing Winter Olympics.

But from an objective point of view, this short track speed skating star who has just emerged from the shadow of sexual assault is likely to be unable to qualify for the competition in the end.

Not overwhelmed by the storm of sexual assault, Shen Xixi still fought hard on the ice in short track speed skating.

Now, because of inappropriate words and deeds, he is facing the embarrassment of missing the Olympic Games. Such a situation is embarrassing.

To become an excellent athlete, you not only need to compete for gold and silver on the arena, and constantly surpass your opponents and yourself, but also need to be cautious in your words and deeds outside the arena, and establish an image of integrity and hard work.

No matter whether Shen Xixi can finally stand on the stage of the Olympic Games again, in addition to short track speed skating, she still has more places to pursue.