Elena Isinbayeva decided to leave social networks, and Evgenia Medvedeva took part in the musical relay race for the 2022 Olympic Games. Teresa Johaug announced her engagement, and the Match TV channel originally congratulated the audience on the New Year. British writer Jonathan Wilson released a fictional novel about the famous Soviet striker Eduard Streltsov, and Valery Karpin plunged into the Red Sea in search of Russian football. About these and other sports events of the week - in the material RT. 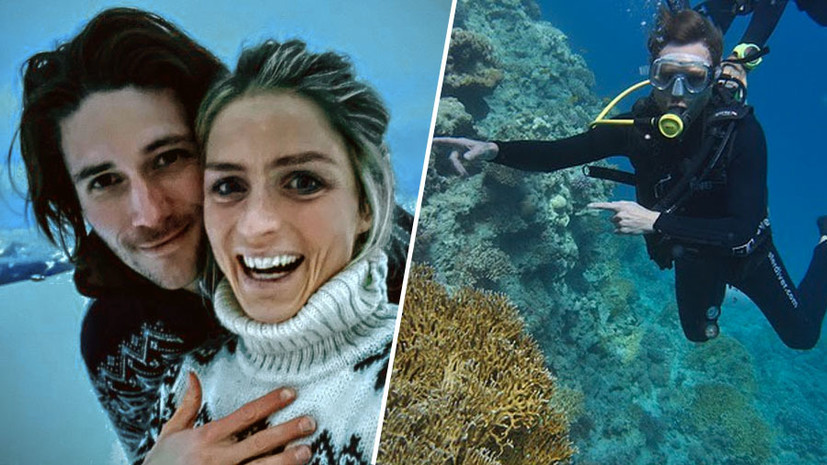 Not alone at home with Match TV

On the eve of the New Year, Match TV released two congratulatory videos: the first - in the style of the cult movie "Home Alone", and the second - in the form of a response to haters from social networks.

The authors of the first video played on the famous scene from the film where Kevin McCallister imitates a noisy party to scare off thieves.

Correspondent Dmitry Zanin played the role of the young owner of the house, and commentator Dmitry Guberniev was depicted on one of the cardboard figures that move to the music in the house.

In the finale, when the intruders are leaving, a group of “Match” hosts rushes into Kevin-Zanin’s house, and the party begins for real.

“You will not be left alone at home with Match TV,” the video was signed on the channel’s social networks.

Zanin on Instagram spoke about the details of the shooting, in particular, that he had to wait a long time for different plans and scenes to be captured without his participation.

“You just walk and wait all the way.

And when they call, you get up and stand for 30 minutes - they come up with light, some kind of movement, camera turns.

You just stand there.

And now everything, and everyone is ready to shoot, and then I start to drizzle: sometimes I smile unnaturally, then I get lost from the trajectory of movement, then I “don't drink enough of the music”.

And all this in the middle of the night, ”the journalist said.

In the second video, the host of the “All for the Match” program, Karen Adamyan, starred.

According to the script, he comes to a girl who writes unflattering comments on social networks to the channel.

Even on the door it says "Hayter Match TV".

Adamyan shows her hand-made posters about how the channel is changing for the better and what viewers will be able to see in the new year, in particular broadcasts of the English Premier League and UFC fights.

“All this is cool, but they are not miracles.

The main miracle is you, dear spectator.

Even if you write nasty things about us.

We are changing for you and together we make sports more interesting, ”the appeal says.

Medvedev in the video for the 2022 Olympics

In turn, Evgenia Medvedeva starred in the video for the Chinese television channel CGTN, dedicated to the 2022 Olympic Games in Beijing.

The video was shot in the form of a musical relay race called "Together for a Common Future."

It contains a whole scattering of stars - and not only sports - from all over the world, who perform the lines of one song in different languages.

The Russian woman in the video cuts on skates on one of the largest skating rinks in the world, at VDNKh, and sings.

In addition to her, the legendary Chinese pair of figure skaters Qin Pan and Tong Jiang appears in the video.

The two-time world champion stressed that it is a great honor for her to be a part of this project.

“I look forward to the Winter Games!

The Olympics are a great holiday!

And the organizing committee of the Olympic Games announced the elements of the medal award ceremonies for the upcoming Olympics.

Many athletes were delighted with the original solution with bouquets, which are awarded to the prize-winners along with medals: they will be knitted.

Such bouquets will not fade and will remain for athletes for a long memory.

A novel about Streltsov from a British writer

The famous British football essayist and writer Jonathan Wilson has released a new book - the novel "Streltsov", which is dedicated to the legendary Soviet football player.

However, one should not expect from her any new facts from the life of an athlete, because this is not a biographical work, but an artistic one.

In the description of the book on the website of the publishing house Blizzard, the work is called "a story about the love of fans and fame, alcohol and paranoia, two people who can only see the world through the lens of football."

At the same time, I recall the story of the arrest of the famous striker shortly before the 1958 World Cup.

Wilson is known in Russia for his books Lawn Revolution.

A book about football tactics "and" Impenetrable.

Stories about the best goalkeepers in the world. "

Hung up for 17 minutes

On New Year's Eve, the Internet was literally “blown up” by a video from Kazan, where during a break in a hockey match two experts analyze the game of the local “Ak Bars”, and the girl next to them is silent and smiles for 17 minutes.

The live broadcast was broadcast on the club's page on the Vkontakte social network and on the TNV TV channel, and for the Internet, the recording was accelerated and compressed in 40 seconds.

The spectacular blonde from the video instantly became a celebrity.

As it turned out later, the video was staged, and Anna Semyonovykh, the host of Ak Bars Show and Miss Tatarstan-2020, had to apply all her skills of participating in beauty contests in order to simply “smile and do nothing”.

According to Anna, even her mother believed in this rally.

“I realized that I played my part really well when my mother wrote to me.

"Anyut, well, you must prepare for the broadcasts, otherwise it turns out ugly."

At that moment I realized that we did everything right, even if my mother believed, ”said the presenter.

As noted by the Semyonovs, she did not expect that their little joke would spread all over the Internet, but in the end she was pleased that in this way their team managed to attract attention to hockey.

“I have never received so many messages, screenshots, video clips from people with whom I have not communicated for several years.

Written by friends from different parts of Russia, a friend from a kindergarten.

It turned out through humor, through a joke to draw attention to hockey, ”she said.

Earlier, on the eve of Catholic Christmas, she said that for the first time in her life she would celebrate the holiday not with her family, but with her beloved.

Fans of Adelina Sotnikova, apparently, are eager to see a similar photo of their favorite athlete.

The other day she was asked a question on Instagram if she plans to start a family and have a baby in the near future.

The former skater, although she actively maintains social networks, never reveals the details of her personal life.

She did not do this even in the current situation.

“I will be performing in a show soon.

I will definitely have everything.

Everything has its time, ”the Olympic champion wrote, adding a laughing smiley to the phrase.

And the Olympic champion in Tokyo, Lina Ashram, unwittingly, betrayed how hard she was going through parting with her boyfriend.

On New Year's Eve, the gymnast went live on the Israeli TV channel "12", and the presenter asked if Lina would like to raise a glass in honor of her beloved.

At this moment, behind the back of the gymnast, her photo with a young man was shown on the screen.

The athlete, turning around and seeing him, could not contain her emotions and burst into tears.

A few days before the incident, she published a post on Instagram, in which she hinted that she was facing some kind of difficult experiences.

According to her, in life you need to be ready for pain in order not to cause yourself more suffering, but it is important to remember that in the end everything passes.

Isinbayeva refused social networks, and Velikaya - on the contrary

In her congratulations to Instagram subscribers, the great athlete admitted that 2021 turned out to be “important and difficult” for her, it contained “a lot of doubts, regrets, betrayal, deception, pleasant acquaintances, fruitful cooperation, travel, fulfillment of long-standing desires”, but most importantly, it was a year of knowing oneself.

“I knew who Elena Isinbaeva was with a pole at the stadium or during the competition, but I could not understand who I was without all this.

Who am I without sport and without an anthem in my honor ?!

Who am I without a pole and stands ?!

It was a long road to understanding, and now, finally, I know the answers to these questions.

I deleted my Tiktok, I no longer plan to publish posts on Instagram, I just don’t want to waste precious time on it, which flies by, ”the athlete admitted.

But another two-time Olympic champion Sofya Velikaya, on the contrary, gave up after many years and still started a page on this social network.

She explained this by her desire to share moments of her life with all family and friends at once, instead of sending photos to everyone separately, and, in addition, she would like to feel the support of fans on the way to her fifth Olympics.

“Here I am, and I would like to take this opportunity to thank all the fans, all those who follow my performances.

I am very pleased to hear and read your words of support - it inspires and motivates to go further - to Paris!

I invite you to join me on this path: there are two and a half years left until the next Summer Olympic Games - just under a thousand days, ”she wrote in her first post.

Karpin and a joke about football at the bottom

The head coach of the Russian national football team Valery Karpin, who is on vacation with his wife Daria in the Egyptian Sharm el-Sheikh, posted on Instagram a photo from an underwater dive in the Red Sea.

Fig you will understand ", - Karpin signed the pictures.

One of the users made a caustic joke about this.

“Looking for Russian football at the bottom,” he wrote.

Valery Georgievich was not taken aback and reacted in his characteristic ironic manner.

“He’s there, you don’t even need to look,” the specialist replied to the subscriber.

The joke was supported by the ex-footballer of the Russian national team, and now the mentor of the Yaroslavl "Shinnik" Vadim Evseev.

On his social network, he posted a photo from a vacation in the Maldives with his former Lokomotiv partner Dmitry Loskov.

In the picture, both are wearing masks and fins.

“Is our football at the bottom?

The specialists are starting to rise, ”wrote Evseev.