Jihadism, separatism ... Threats weigh on the CAN in Cameroon

Between the threat of armed separatists in the English-speaking regions and that of jihadists in the North, the security context in Cameroon is tense, while the African Cup of Nations (CA ... 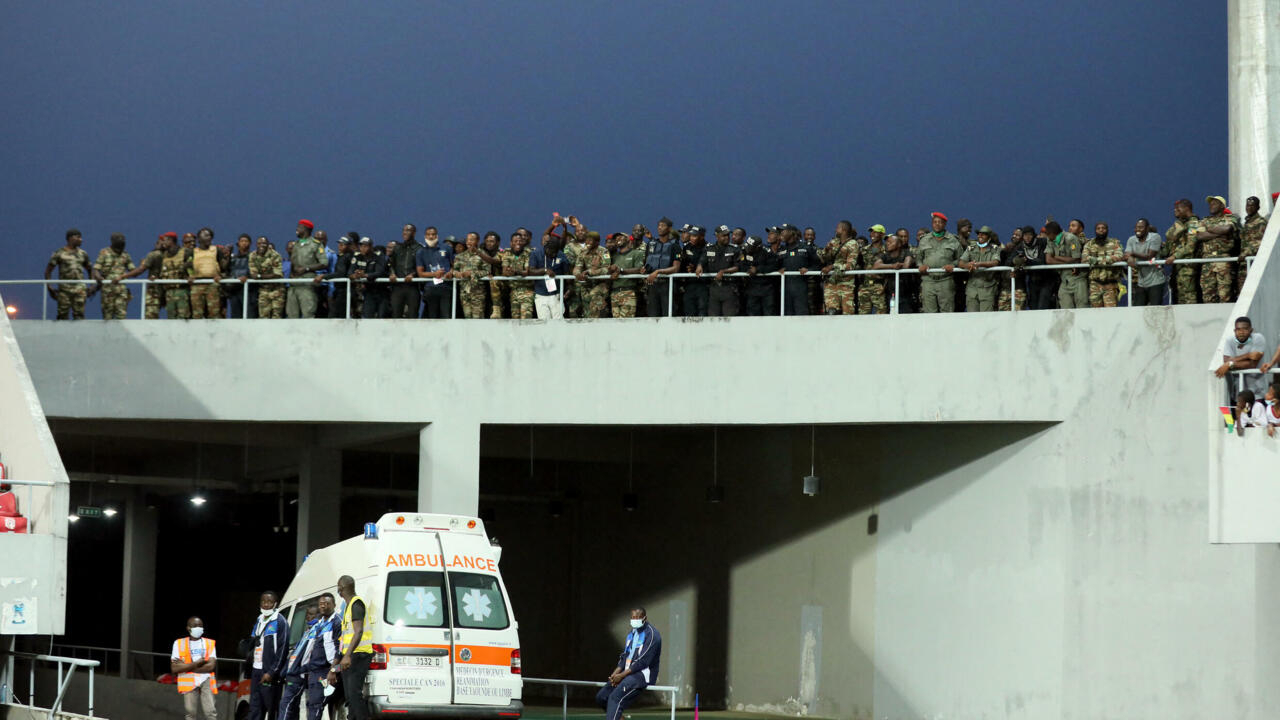 Tense security context before the opening on Sunday January 9 of the African Cup of Nations (CAN) in Cameroon.

Threats from English-speaking armed separatists on the one hand, risks of attacks from jihadists from Boko Haram and the Islamic State group on the other… Threats that could disrupt the smooth running of the competition.

In addition to the Covid-19 pandemic and the new wave of the Omicron variant, which have sparked intense speculation about a postponement of the flagship football competition on the continent, safety is the other big challenge for organizers in this country in a situation of war on part of its territory.

For four years, the regions - inhabited mainly by the English-speaking minority - of the South-West and the North-West have been in the throes of a bloody conflict between armed groups who demand independence by increasing the deadly attacks and the security forces who lead a ruthless crackdown.

The violence has left more than 3,500 dead and more than 700,000 displaced in the West, and civilians caught in pincers are the main victims of crimes and abuses on both sides, according to international NGOs and the UN.

Some armed groups have promised to disrupt the competition and sent threat letters to the teams of group F (Tunisia, Mali, Mauritania and Gambia) who will play in Limbé and train in Buea, respectively seaside resort and capital of the Southwest region.

"The threats are very serious," said Blaise Chamango, head of the NGO Human Is Right, based in Buea.

"On Wednesday, there was an explosion in Limbé in a take-out sale, it's a strong message," he told AFP by phone.

In Limbé, the fear of the separatists

CAN in Cameroon: in Limbé, concerns about security © France24

"The government has deployed heavily armed soldiers on almost all the crossroads of Buea and Limbé in particular. The defense and security forces are carrying out systematic arrests and searches in several neighborhoods," explains Blaise Chamango.

Nothing says either that the separatists will not try to act in Yaoundé or Douala, the economic capital, where they have already carried out small attacks in the past.

On Friday, in his televised greetings, President Paul Biya, who, at 88, has ruled the country with an iron fist for thirty-nine years, referred to "several cases of surrender" in armed groups.

But they "continue to engage in criminal activities, by increasing attacks with improvised explosive devices and the murders of unarmed civilians," warned the head of state, whom the NGOs blame for being absolutely inflexible on the issue. English-speaking regions.

An exceptional system put in place

Faced with the threat, the government insists that "security will be assured".

Asked by AFP, neither the power nor the African Football Confederation (CAF) wanted to give details on the planned security system.

In the capital Yaoundé, some 250 kilometers east of the border with English-speaking areas, the mood on Monday was much more relaxed and only a few security agents distractedly watching the final preparations around the brand new stadium of Olembé, built for the CAN and home of the national team, the Indomitable Lions.

"The security situation only really causes concern in the North-West and the South-West, but I think that our defense forces have enough experience to respond", wants to believe James Mouangue Kobila, president of the Commission of human rights and professor of public law.

"The security system is exceptional in view of the stakes and we had the African Nations Championship (CHAN), in January 2021, without incident," he argues.

Cameroon also faces another threat, in the far north, with jihadist attacks, which have however declined in intensity since the death in May 2021 of Abubakar Shekau, the head of Boko Haram.

The rival group Islamic State in West Africa (Iswap) has, however, consolidated its territory in the Lake Chad region and is leading sporadic incursions into Cameroon.

The two could well take advantage of the windfall effect of the CAN for actions that would strike the spirits, some fear, in the north or in Yaoundé and Douala.

"I do not think that the jihadists can disrupt the CAN, unless they want to strike a blow, which is always possible," said Guibaï Gatama, director of publication of L'Œil du Sahel, the bi-weekly newspaper of reference on the north of Cameroon.

"The stadium in the North region which will host group D (Egypt, Nigeria, Sudan, Guinea Bissau) in Garoua, is located very far from their perimeter of activities," more than 300 kilometers away, he tempers.