The boys' JVM begins on Sunday. Now the national team captain Tomas Montén has appointed his team captain: Emil Andrae gets the honorable assignment. - It is clear that it is a great honor, Andrae says in a clip on Tre Kronor's Instagram account. 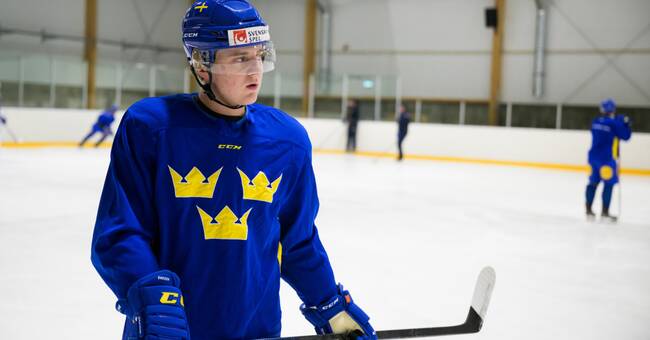 The junior crowns start the championship with a premiere against Russia late on the second day.

Before that, they play a training match against Austria during the night towards Christmas Eve.

Tomas Montén, the national team captain, has now appointed Emil Andrae as team captain at the JVM in Red Deer and Edmonton (Canada).

Many great players have previously been assigned the role of a championship.

- There are many well-known people on that list so it is clear that it is fun to be among them.

- By myself I want to show what a good player I am and I want to lead the group both on and off the ice.

We as a team have all hopes to go far.

Vice captains will be Simon Edvinsson and Alexander Holtz.