Real Madrid with a sure victory against Atletico in the derby

Barcelona is still struggling. But for arch-rival Real Madrid, things are going all the better. Tonight, Real won the derby against Atletico with 2-0 - and consolidates the league lead. 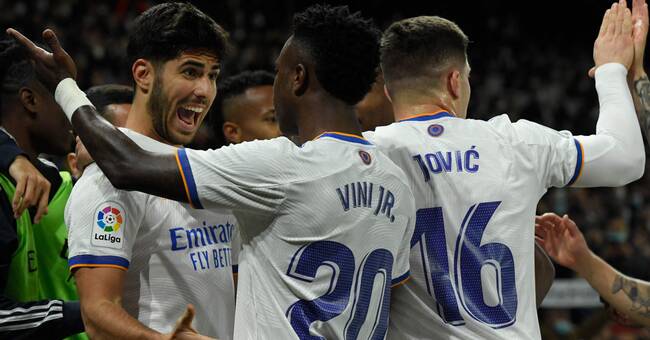 Barcelona previously played 2-2 against Osasuna on Sunday, and is in an unimpressive eighth place in the Spanish league.

But for the worst rival, Real Madrid, things are going all the better.

In the first half, although Atletico sometimes offered to fight, and had a couple of hot chances, but Real was the better team.

A little over a quarter into the match also came 1-0 for Real Madrid.

Vinicius hit a cross from the right wing, which Karim Benzema met on a volley approximately at the penalty spot - which went into goal.

Benzema's French compatriot Antoione Griezmann came close to equalizing 20 minutes later, but Thibaut Courtois made a huge save on Griezmann's free kick from the right wing.

In the second half, there was great Real dominance from the start.

And after a quarter also came 2-0, when Vinicius from the left wing recorded to Marco Asensio on the right in the penalty area.

Asensio hit on a strike and placed the ball low at the left post, and 2-0 was a fact.

Atletico put a lot of pressure on the last quarter, but had a hard time creating really hot chances - and Real's 90th victory in a Madrid derby and their seventh straight victory this season was a fact.

Real Madrid has eight points down to league runners-up Sevilla.

Here, Zlatan equalizes with an art kick between the Udinese players.