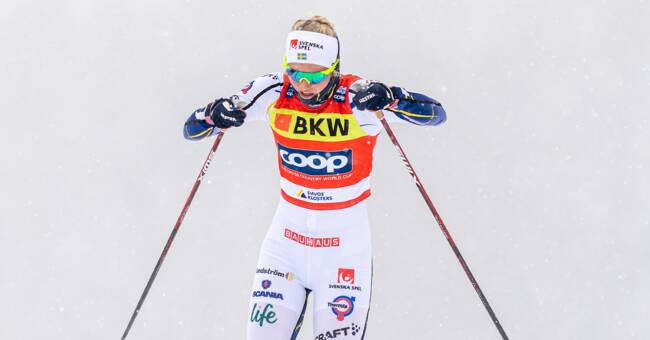 Maja Dahlqvist was "only" sixth in the qualifiers in the sprint competitions in Davos.

Every now and then there was perhaps a little question mark as to whether she could take home the victory again.

The high altitude and tough course looked to be a difficult nut for Dahlqvist to crack.

However, Dahlqvist, who chased her third straight World Cup victory after the sprint successes in Ruka and Lillehammer, showed directly in the quarterfinals that she is still in outstanding shape.

One in their quarterfinals, one in the semifinals, and then one in the finals.

Dahlqvist grabbed the baton directly in the race and held a grip on the lead in his red leader vest.

She lost for a period and was not at the front of the last hill but after an impressive riot she took home the victory again.

Johanna Hagström went out already in the quarterfinals.

Emma Ribom and Anna Dyvik ended up in the same quarter final and finished first and second in it and advanced to the semifinals.

Dyvik stopped there but Ribom made it to the final, where Ribom finished sixth.