The excellence of Mirotic strikes a deranged Real Madrid

The revolutions made the difference in the first continental round, after the early Super Cup, from the classics as a promise of what is to come. The tusk, the ... 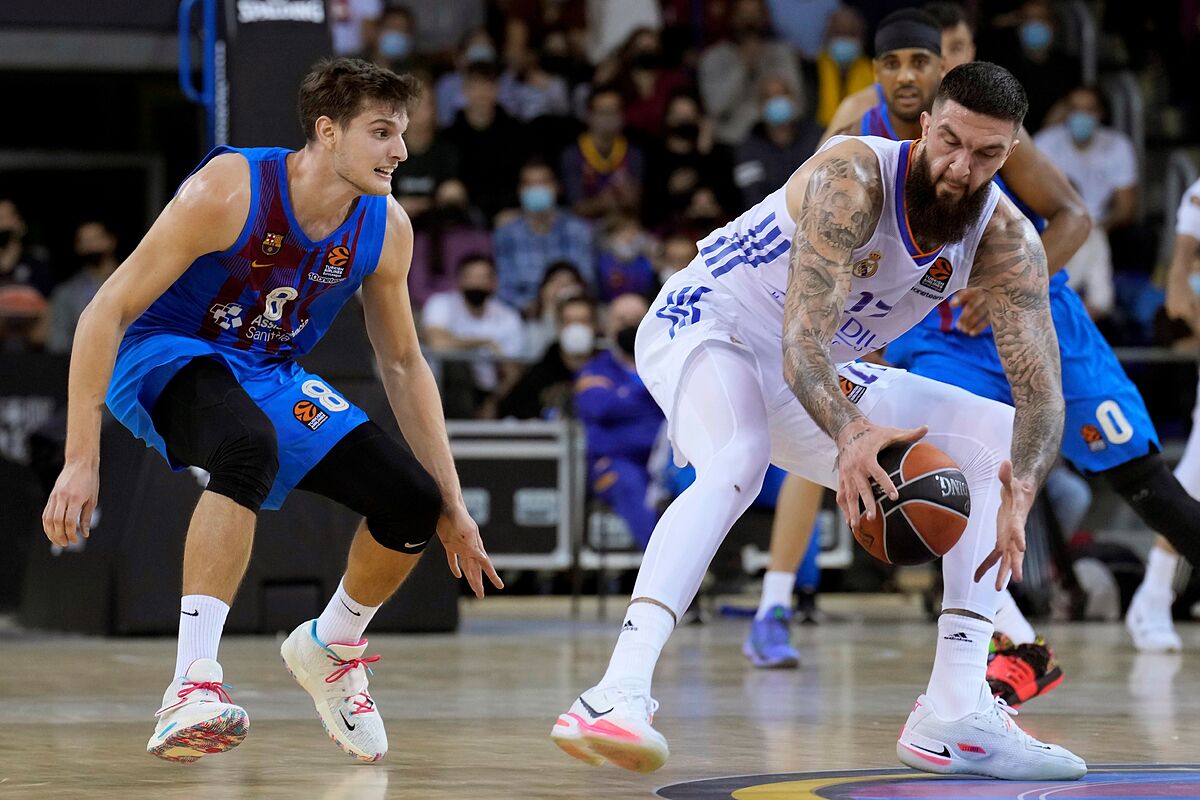 The revolutions made the difference in the first continental round, after the early Super Cup, from the classics as a promise of what is to come. The fang, the aggressiveness, the desire. The mettle also of a Barça with several more marches, guided by the infallibility of two guys who are unparalleled on this side of the pond. Especially

, plus the lace of a

, completely blurred Real Madrid at the Palau. [93-80: Narration and statistics]

Barça arrived earlier, Barça traveled further, Barça was too superior to Madrid. The same Barça that survives despite its plague of injuries - Dante Exum debuted, luxury reinforcement -, is now the solo leader of the Euroleague that he craves after touching it in year 1 of Jasikevicius. There was no room for the usual white miracles (also with absences, neither Alocén, nor Abalde, nor Randolph, nor Thompkins), there was no space for their towers to have control, for their defense to be effective. One of the images of impotence was Yabusele, unrecognizable.

The good morning of Real Madrid was a mirage, because soon Barça took over the reins, especially due to the debauchery of Niko Mirotic. His announced duel with Yabusele revealed the Frenchman, surpassed by the talent of the former Real Madrid player, capable of doing damage in every circumstance, scoring 13 points in one breath to shoot his team. To end an exhibition of those that sting.

Madrid trembled soon, with a partial against (29-12) like a slab from which it was not possible to escape. Caught in the defensive trap of Jasikevicius and in the excellence of another of his talents. It was Brandon Davies' turn, 14 points without failure, tempered and intelligent against the White Rooks. Heurtel returned to the Palau amid whistles and hurtful chants and lost a ball in the front row to start. At that point in the second quarter, everything was a problem for Laso, with only Causeur's triples as oxygen. Just the self-esteem of Llull and Rudy so as not to derail so early, losing the battle of rebounding, that of aggressiveness and that of sensations.

Madrid was a want and I can't try not to go crazy with arbitration. Despite Heurtel's attempts, he was always "behind", as Laso tends to summarize when he is dominated, too failing in addition, even, alarmingly, in the free throws. Because Barça was a prodigy of fast hands, of guys who left their souls in each divided ball, who suffocated the rival -special mention for Sergi Martínez- those "bastards" that the histrionic Jasikevicius always demands.

The third and final quarter started similarly, with a Laprovittola 3-pointer on each.

He joined the party, like Sanli, so there would be no doubts.

An unsportsmanlike action by Williams-Goss for grabbing Kuric and a technique that followed on Rudy deprived Real Madrid of a chance of a final scare, of disturbing that immovable barrier that Barçá established in the ten points.

The proclamation of the recovered rivalry, this season and the two giants without excuses, resulted in a Barça revenge for the Super Cup.

And a recital by Mirotic.

And Jasikevicius' seventh win over Laso in 11 classics.