Sweden is ready for the World Cup final in floorball. This after 6-1 in the semifinal against Switzerland. In the final, the host nation Finland or the Czech Republic awaits. 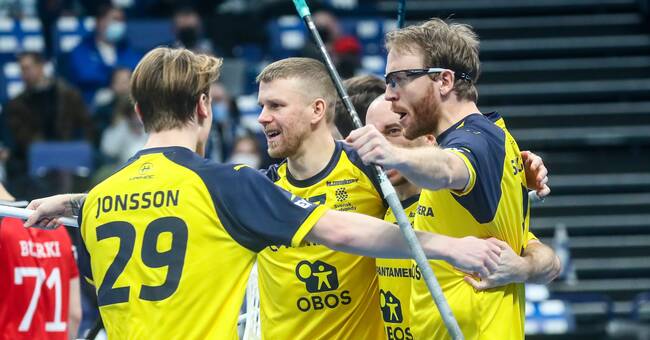 The blue-yellow floorball men stood the podium for the favorite pressure in the semifinal against Switzerland.

They took the lead after an unlikely own goal in the first period and extended shortly thereafter.

In the second period, however, Switzerland reduced, and for a while Sweden was under real pressure.

SVT expert Mattias Samuelsson was then critical of the tactics.

- Right now, Sweden does not care what the match picture looks like.

You just keep playing, he said.

But the Swedes resisted - much thanks to great play from goalkeeper Jonathan Edling - and in the third they went away to 6-1.

The World Cup final will be played at 4.15 pm on Saturday.

There, Sweden will face the host nation Finland or the Czech Republic.

The second semifinal will be played at 17.45 today and will be broadcast on SVT Play.