National team player's threat: Can report the football association to the European Court

One of Sweden's best futsal players has been suspended by the Swedish Football Association for almost the entire year, for violating the sport's match-fixing regulations. Last summer, however, he was acquitted by Malmö District Court, where he was charged with match-fixing-related crimes. Despite this, the suspension remained - and he is now planning powerful measures. - If he is acquitted in the Court of Appeal, we will request that the European Court hear the case, says his lawyer Mikael Nilsson. 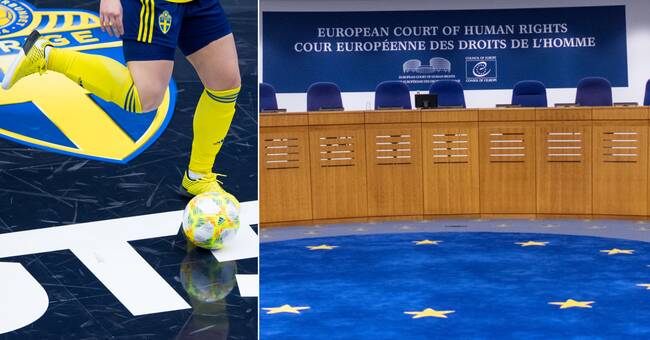 Two of the accused were, before they were arrested and later prosecuted, national team players in futsal.

One of them, who was charged with gambling fraud and giving a bribe, was acquitted by the district court.

Despite this, he has, since February, been suspended by the Swedish Football Association's disciplinary committee since February.

In September, it was decided that the suspension will apply until February 2027.

"Violates the right to work"

The player in question denies the accusations, and was thus acquitted in the district court, and hopes for the same in the court of appeal.

And the player's lawyer Mikael Nilsson now tells SVT Sport that they plan to take action in the future.

- If the verdict stands in the Court of Appeal, which I believe and hope, and he is still suspended, we will request that the European Court of Justice try the case.

We believe that it is contrary to the right to work that the European Commission has determined that it has, says Nilsson.

- That is why we will request the European Court of Justice's review.

They can then state whether it is right or wrong, if it is a violation of human rights.

But we believe that it should be so, it can not be the case that an instance can prevent someone from working and earning a living, after a acquittal has been obtained in a court of law.

The Swedish Football Association, however, is not particularly worried about a possible lawsuit in the European Court.

- You can, among other things, relate to the doping rules, where there is also a very strict, almost strict, responsibility for what you get in you as an athlete, and can be suspended from it even though you can not be convicted in court because you lacks intent.

And doping in particular has been tried before by the European Court of Justice, and there it has been established that there are legitimate reasons for the strict rules in sports.

A decision in the European Court of Justice can have major consequences for the sports world.

It was in the European Court of Justice that the Belgian player Jean-Marc Bosman was right, after previously not being allowed to change clubs after his contract with FC Liege expired.

Following the European Court of Justice's ruling, which has come to be known as the Bosman Dome, players can now change clubs for free after their contract has expired.

After the team change: Match-fixing in lower series seems to have disappeared