Champions League: Bayern sends Barça to the Europa League, Salzburg in the round of 16

For the first time in 20 years, FC Barcelona are eliminated from the Champions League in the group stage after their 3-0 defeat against Bayern Munich while Benfica Lisbon, Sporting Por… 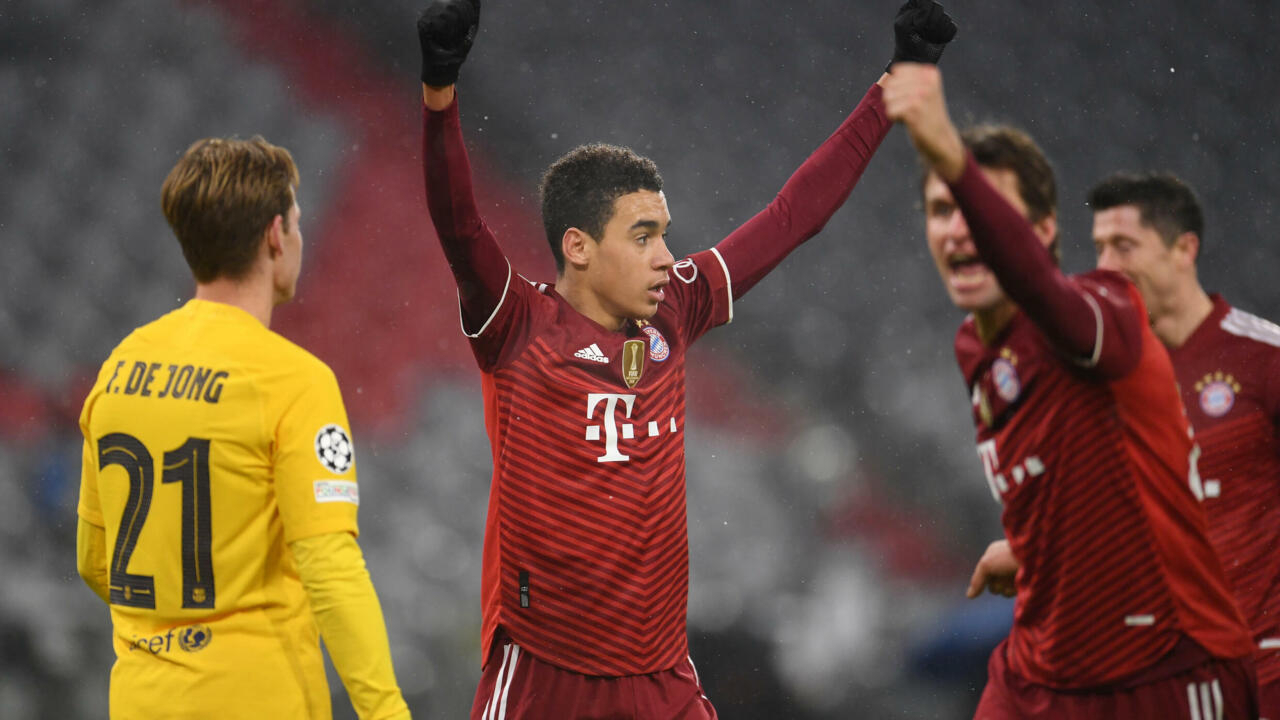 The mission was impossible: FC Barcelona was again swept 3-0 by Bayern in Munich on Wednesday December 8 for the last day of the Champions League, and found itself eliminated in the group stage of C1 for the first time in 20 years.

The Catalans wanted to "write history" and snatch their ticket for the round of 16 on the ground of the Munich ogre, who has not lost at home in the C1 group stage for eight years, but the march was too high.

They will therefore have to continue their continental journey in the Europa League, which they will join in the round of 16.

While at the same time, Benfica Lisbon qualified by defeating Dynamo Kiev 2-0, Barça sank again in Bavaria, three months after the 3-0 conceded at Camp Nou and a year and a half after the terrible 8-2 inflicted by the Munich to the Catalans in Lisbon.

Xavi's men conceded a first goal from Thomas Müller, who signed a lobed header after a cross from Robert Lewandowski (34th).

Then a second, a jewel of Leroy Sané (42nd), who armed a heavy strike from 30 meters that Marc-André Ter Stegen could not stop just before the break (43rd).

And a third, in the 62nd minute, by Jamal Musiala, served by Alphonso Davies, who previously erased Ronald Araujo on his left side.

Barça, powerless, has never managed to endanger the block of Julian Nagelsmann, already assured of his qualification as first in Group E. Even the French winger Ousmane Dembélé, finally holder after getting rid of his physical glitches and who represented the only ounce of hope on the Blaugrana side, failed to alert Manuel Neuer.

Worse: it had been more than 20 years since the Catalan club had been eliminated from the group stage.

The last time was at the start of the millennium, during the 2000-2001 season: the Catalans finished 3rd in Group H behind AC Milan and Leeds.

Who will take the train with Manchester United, guaranteed to finish first even before their 1-1 draw in Bern against Young Boys?

The answer will not be known until Thursday as the match between Atalanta and Villarreal, rivals for second place in Group F, was postponed on Wednesday due to heavy snow falling on Bergamo.

The Italians are looking to reach the round of 16 for the third season in a row while the Spaniards, led by Unai Emery, dream of a first qualification since the 2008/09 season.

In the other meeting, the Red Devils took off in Switzerland thanks to Mason Greenwood (9th), despite a strongly reshaped team.

The Young Boys equalized shortly before the break through Fabian Rieder, insufficient to allow the Swiss to hope for anything other than 4th place.

Group G: Salzburg qualified for the first time in its history

RB Salzburg advance to the knockout stages of the Champions League for the first time: the Austrian club won against Sevilla FC 1-0 at the end of the group stage, and finished second behind Lille.

While a draw was enough for them, the Austrians ensured the blow by beating the Sevillians at home, and come out of a group where they were not favorites for qualification (10 points), behind Losc (11 pts) .

However, it was Seville who dominated the first period, generally lackluster.

Julen Lopetegui's men even got the best opportunity of the match at the start of the second period by Munir, whose head at close range hit the crossbar (48th).

But in the wake (50th), it was Salzburg who opened the scoring thanks to the Swiss Noah Okafor (21), left alone by the Sevillian defense, who victoriously took over a cross from Adeyemi (19).

Hooked in added time by the Zenith in Saint Petersburg (3-3), Chelsea were blown away first in Group H by Juventus Turin, victorious out of a match within their reach against Malmö (1-0 ).

The English European champions leave Russia with a hangover, surprised in the 94th minute by a sublime recovery from the incoming Magomed Ozdoyev which left them speechless.

3,000 kilometers away, Juve supporters exploded with joy at the announcement of the result.

The only goal of Moïse Kean in the first period was enough for their happiness.

The Italians end the group stage with 15 points, two more than Chelsea.

For its part, the West London team can bite their fingers after seeing first place, synonymous with a more affordable draw, slip away in the last moments.