Second blunder in a row: Nepomniachtchi made a mistake in the game with white and suffered a third defeat to Carlsen in the match for the chess crown

Ian Nepomniachtchi lost for the third time in the World Chess Championship match. In the ninth game against Magnus Carlsen, the Russian played White and had some advantage in position, but he made a gross mistake for the second time in a row, after which he had no chance to win back. It is now enough for the Norwegian to draw three times to defend his title ahead of schedule. 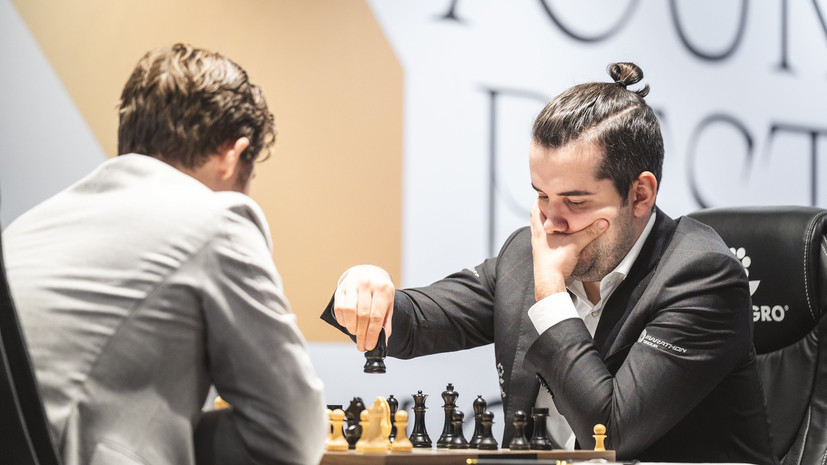 As a result of eight games in the match for the chess crown, Magnus Carlsen was able to achieve a huge lead over Ian Nepomniachtchi.

The Norwegian won two victories with white pieces and for the first time in seven years got the opportunity to finish the competition ahead of schedule, without wasting time on all the fights provided.

The Russian found himself in an extremely difficult situation. In the modern era, it is almost impossible to become the world chess champion with two defeats. In 2010, the Indian Viswanathan Anand succeeded, before him Vladimir Kramnik could boast. Carlsen has never allowed anyone to take away two points in championship matches. Nepomniachtchi, in order not to bring matters to a tie-break, had to win half of the remaining games.

The applicant could not do without risk in any way, and he himself perfectly understood this. In the ninth game, he broke his tradition of starting with a king's pawn move. Nepomniachtchi left the pawn on c4 standing in place, which was placed by the chess prodigy from India Rameshbaba Pragnanandha with a symbolic move. The spectators who watched the game were left to wonder whether this was the original plan of the Russian, or whether he decided to give his fate into the wrong hands.

Carlsen was not surprised by this choice and cautiously moved to e6. The opponents were no longer firing with fast moves, as was the case in previous games, when the openings were learned by heart, but gradually Nepomniachtchi began to play very quickly. He did not think at all about his ninth move, which, according to the computer, brought him the first significant advantage. This was followed by the exchange of pawns and the operational castling of Carlsen, without which the king could have been attacked by the white bishop.

After that, the Russian grandmaster took a long pause and continued his advance with the pawn along the d-file to the center of the board. As soon as Carlsen responded with the appearance of a pawn on a4, Nepomniachtchi immediately wanted to catch it with his knight and exchanged bishops for this. The Norwegian had no choice but to sacrifice a pawn that had gone too far. True, by that time the advantage allotted to the Russian had almost melted away, and the position could already be assessed as equal, but he almost did not waste time on moves. Carlsen spent over an hour on 17 moves.

By the 21st move, the opponents had already begun to actively use the queens, and this seemed to irritate the Norwegian.

In the end, he decided to unload his timer with a quick exchange of knights and queens.

Without these pieces, the draw became a little more tangible, although Nepomniachtchi had to try to avoid it, because the chances of catching up on the lag in the long run are getting smaller every day.

However, it soon became clear that a draw would even be a favorable outcome for the Russian.

He captured the pawn on b7 with his bishop and forced Carlsen to push the rook out of the corner of the board to a4.

Nepomniachtchi took a short break and suddenly made an absolutely terrible move with his pawn to c5.

Carlsen could not even believe that his opponent made such an obvious blunder, because now he got a chance to close the bishop in a trap.

This is exactly what the Norwegian did.

With a pawn on c6, he closed the retreat paths, after which Nepomniachtchi could say goodbye to both the bishop and the dreams of a draw.

The Russian was so upset that he did not return from the rest room for another 20 minutes to continue the game.

He gave up the bishop with the exchange of the rook in order to at least hope for the promotion of the pawn along the a-file.

But the chance for that was too ghostly.

When the rook blocked the pawn's path, Nepomniachtchi resigned on move 39.

Carlsen won his third victory, and now, to defend the title, it is enough for him to score one and a half points in the five remaining games, that is, to draw only three times.

After another defeat, Nepomniachtchi admitted that he could not find an explanation for his mistake.

According to him, he was sure that in an extreme case, a draw would be fixed, since before the blunder he did not really count on his victory either.

“I didn't think there was any way to yawn in this position.

It seemed to me that she was very good for me.

I should have played straighter ... Two blunders in a row is too much.

Sometimes it happens that your opponent yawns.

But work needs to be done to understand why this is happening.

Perhaps this is a lack of concentration or failure, - said the applicant.

- It is difficult to draw conclusions from the game when you yawn in one move.

Probably, the game was closer to a draw than to some kind of advantage for White.

But Black had to make some precise moves to make a draw. "