A final under the storm: no debate by Simeone, a defense with pins and the stark memory of London

A good part of the people who yesterday peeked into the shops of the Continente Antas shopping center, a few meters from Do Dragao, were oblivious to the combustion that will be experienced there ... 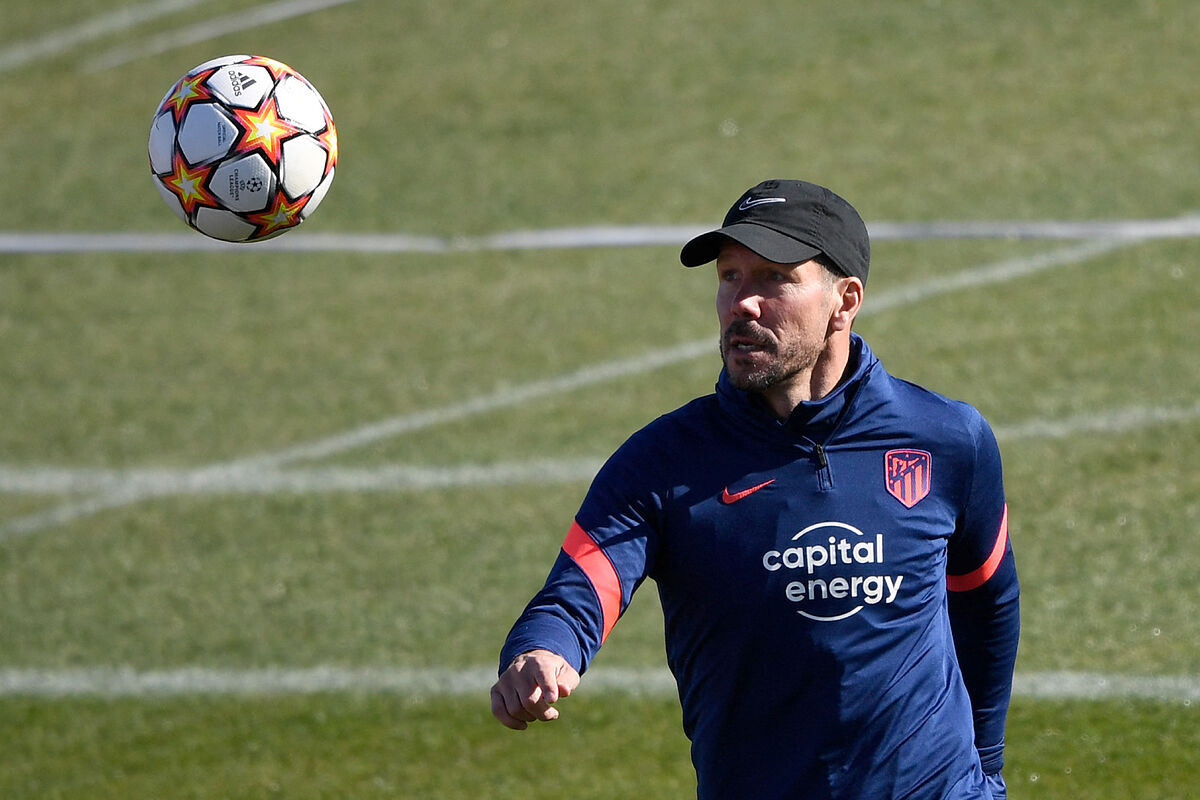 A good part of the people who yesterday peeked into the shops of the Continente Antas shopping center, a few meters from Do Dragao, were oblivious to the combustion that will be experienced there tonight (9:00 p.m.). The blue and white stadium was silent. The eve of the Champions League matches are no longer what they used to be. Oporto, owner of the mansion, had completed the last training session at the Olival Sports City, a quarter of an hour by car from there. And Atlético had flown directly to the Hilton hotel and without Giménez. An absence that leaves Simeone with only one central defender. "I have a team of men, they will know how to move the situation forward," the Argentine coach confided yesterday.

Because tonight, Atlético is gambling its life there.

In a stadium that astonished (and served as inspiration) in that distant visit in 2009, when the Metropolitan was a project to be executed.

In a way, like Simeone, who had been touring the Argentine benches since 2006 and added two titles (Apertura 2006 with Estudiantes and Clausura 2008 with River Plate).

Then, the life of the rojiblancos had nothing to do with the current one.

For this reason, among many other things, despite the recent troubles, and the threat of the abyss in Europe, at the top of the club faith in the coach is unlimited.

«It will be Simeone himself who decides his fate.

He has earned it ”, they repeat in the entity's offices.

A sharp month of December

Not even a hypothetical dramatic month of December, with the threat of derailing in the Champions League and, also, of being relegated to the background in the League, if they did not measure up at the Bernabéu or the Pizjuán, they would shake some foundations that Simeone has managed to lift in the 10 years he is about to serve as head of the team. "A good part of who we are today is thanks to him," they insist in the club's offices, where they remain convinced that there is no better conductor. Despite the fact that the course, by numbers, by sensations, is nothing like the one imagined when, last summer, the boat seemed to mutate into an outboard, with the arrival of

The theory is circulating that the project, with the greatest offensive arsenal that is remembered at Atlético, could be great for Cholo. Also, that his energy, with that deep and revealing respite on the bench in Cádiz as an iconic image, may be low, after a decade being the shield of an entire institution. Among other things, such as the eight titles that he treasures (the most in the history of the club), such as the 10 consecutive participations in the Champions League, hence his galactic salary above 20 million euros. A shield above results and sensations.

“We both represent a club of very passionate people.

A club that in its DNA has a lot to do with our personality, ”emphasized

, Porto coach and Simeone's teammate in that Lazio full of stars and egos, Serie A champion in 2000. Two teams driven by the soul and the passion of their respective benches.

Tonight, both play a final in Do Dragao. Atlético's erratic path in this Champions League has had a lot to do with it. His four points are the worst record in the 10 adventures in Europe with the Cholo. Because before their last slip, in 2017, during the group stage marked by draws against

, the rojiblancos landed at Stamford Bridge with six points. Of course, they depended on a miracle in

that was not and a victory against Chelsea, which either.

Now, everything happens to win in Porto and trust that Liverpool is Liverpool in Milan.

Perhaps the biggest doubts lie in Atlético's own response, on rough grass.

Also Koke, headline in this unexpected final, who was victorious in 2013. «Words are useless, only deeds are good.

I trust my team », the coach stressed yesterday.

Today, with the locals also risking their hides, obviously, the matter will not be easy.

Champions Why Atlético is not welcome in Porto: Futre, Assunçao's escape and that 2009 tie

ChampionsSimeone confirms the loss of Giménez, another crack in Atlético's wall: "I have a team of men and they will know how to get ahead"