There is no rival in the League for Real Madrid

Real Madrid is used to denying truths that seem absolute. What if Carlo Ancelotti, a practitioner of short-termism, has the starting team squeezed. What if the performance of ... 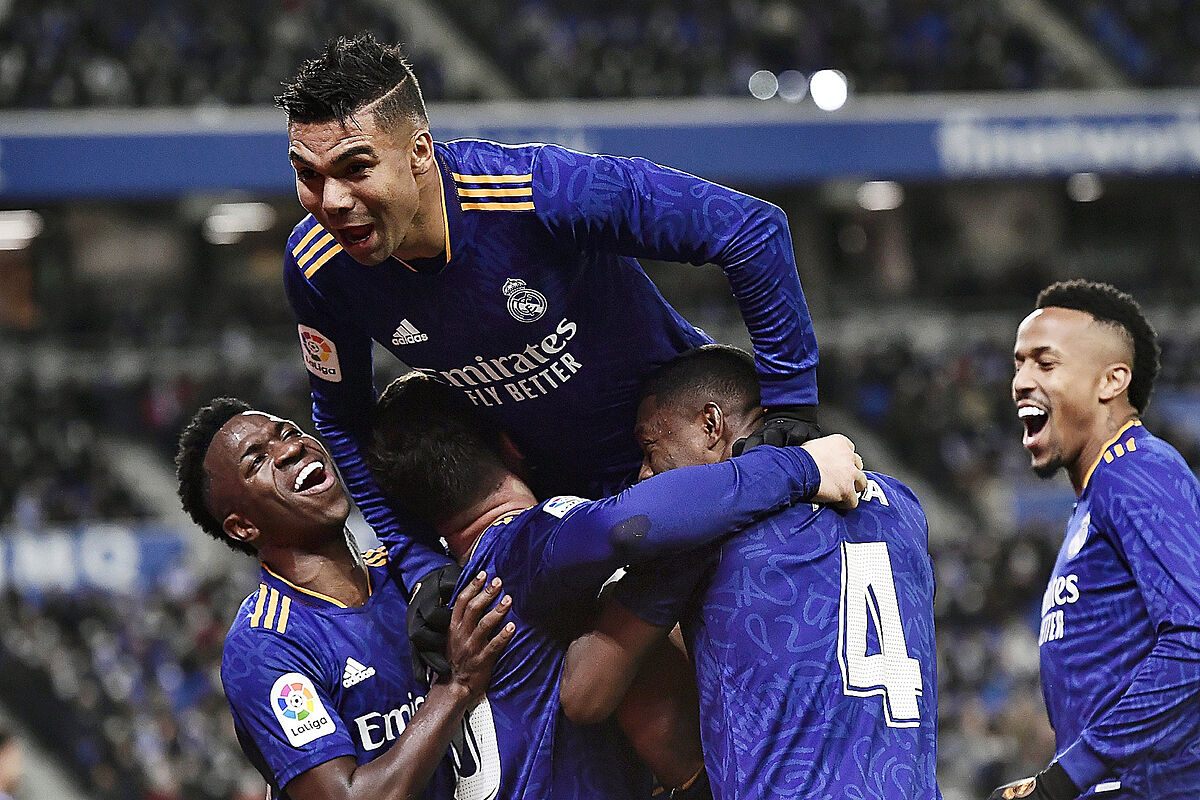 Real Madrid is used to denying truths that seem absolute. What if

, a practitioner of short-termism, has the starting team squeezed. What if the performance of

can only be episodic. What if a midfield with

only refers to the past. What if

. Or that if forgotten footballers -one day

- are unusable after long periods of inactivity. One of the reasons for being of football is its great capacity to generate debates, so often artificial. You just have to see how this Real Madrid leads the league championship with the prospect of being his only rival.

Such is the numerical superiority that Real Madrid is registering that its main opponents would have to star in a comeback never seen before in the League to avoid the white title. Those of Ancelotti are eight points behind the second classified, the insistent

with one game less. Never has a team let the title escape with an eight or more point advantage after the first 16 days. This was the case of Deportivo champion in the 1999-00 season, who had Celta eight points behind on that same day. Or Barcelona that won the Leagues for the 2004-05 academic years (nine points over Espanyol), 2008-09 (ten points over Sevilla) and 2012-13 (nine points over Atlético).

In addition, Real Madrid has opened oceans with its historic rivals.

Atlético, current champion who is not doing well at all prioritizing the team's stickers, barely resists in Champions League positions, although it has already been ten points behind the leader.

In any case, he has one game less than the Whites and has options to re-engage in next Sunday's derby at the Bernabéu.

Barça, at the height of its worst period

Much more distressing is the situation of Barcelona in the League.

his first defeat as a Barça coach against Betis, his disadvantage against Real Madrid is now 16 points.

Not even having a game still pending against Sevilla can relieve him too much.

His march parallels the agonizing 2002-03 season.

On matchday 16 he was 14 points behind Real Sociedad, then the leader.

It was the course in which

resigned and handed over the presidency to interim Enric Reyna.

Barça finished sixth, seizing last place to play in the UEFA Cup, thus avoiding being left out of Europe for the first time in their history.

Xavi's Barça, which now occupies the seventh place that only entitles the Conference League, is six points behind the Champions League positions. There are even those who suspect that a disaster next Wednesday in Munich, at least, would allow the Catalans a new path in the Europa League to qualify for the next Champions League.

If Ancelotti intended to impose a cruising speed in the first leg of the championship that would allow him to break down the League in the first week of December, the bet has been a fable.

There are already eight victories that Real Madrid has threaded, six of them in La Liga (Elche, Rayo Vallecano, Granada, Sevilla, Athletic and Real Sociedad; in addition to the continental triumphs against Shakhtar and the Sheriff).

This championship has obtained 81% of the points, achieving 39 of the 48 disputed.

And with a single defeat, against Espanyol in Cornellà.

In fact, this Real Madrid manages its third best score (39) since the victories in the League are worth three points (1995-96). In the 2010-11 season, the whites had 41 points, although that League was ended up by

From here, Ancelotti will have to decide how far he is willing to go with a very established starting team since he recovered the starting full-backs (

who is going through the best moment of his career, no matter how much the Real Sociedad did not even put it to the test, and where only the right-handed winger position shared by

The hamstring discomfort that caused Benzema's change at the Reale Arena, however, does serve as a warning.

The Frenchman is the league's top scorer (12 goals, by Vinicius's ten) and also the top assistant (seven).

Although Ancelotti, despite his clueless air, always finds answers.

LaLigaBenzema reaches the limit 2,141 minutes later: "I don't think I will play against Inter but I can reach the derby"

LaLiga Santander 2021 - 2022 Few goals, many fouls and a bargain: the numbers of the thickest League in Europe

LaLiga Santander 2021 - 2022Ancelotti's changes, "the best minutes of the season" and the "surprise" to see Barça at ten points