President of the Russian Tennis Federation (RTR) Shamil Tarpishchev said that the "Silver Salad Bowl" presented to the winners of the Davis Cup will be brought to the country. 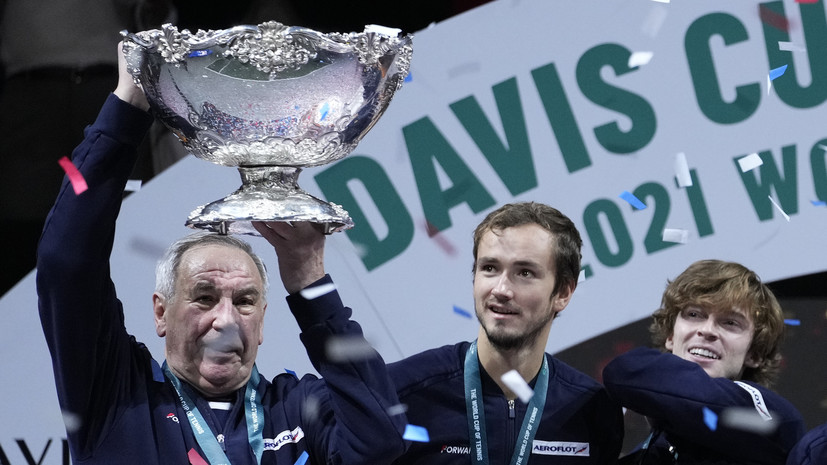 “We will bring the cup to Russia and see what the program will be.

This format is very expensive.

You have to see the draw plus you need the same coverage.

And the final now, in general, is likely to be in Abu Dhabi, "- quotes Tarpishchev" Championship ".

The Russian national team won the Davis Cup for the third time in history.

At the competition, the national team was represented by Daniil Medvedev, Andrei Rublev, Aslan Karatsev, Karen Khachanov and Evgeny Donskoy.

The captain was Shamil Tarpishchev.

Earlier, Tarpishchev expressed the opinion that Medvedev could lead the ATP rating closer to the summer of 2022.