Review of forces before the Olympics: the composition of the Russian national hockey team for the Channel One Cup has been announced

The Russian Ice Hockey Federation has announced the composition of the national team for the home stage of the Eurotour - the Channel One Cup. The list includes 32 players representing ten KHL clubs. The roster found a place for both young performers, for example, Kirill Semyonov and Alexander Nikishin, and experienced athletes like Vyacheslav Voinov and Vadim Shipachev. And in the top three goalkeepers were Alexander Samonov, who has practically no practice in SKA. The team manager Ilya Kovalchuk explained this choice of the composition by the desire of the mentor Alexei Zhamnov to test specific people in the case. And coach Sergei Gonchar said that the decision was made by a collective decision of the headquarters after considering all available candidates. 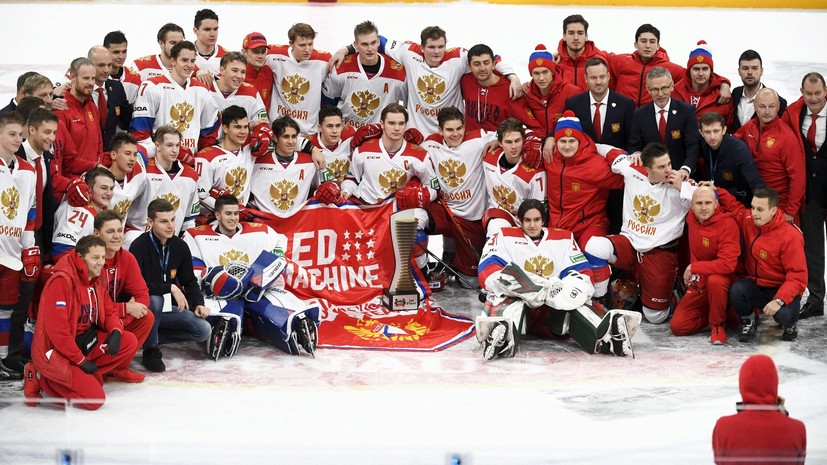 The Hockey Channel One Cup, which will be held from December 15 to 19 in Moscow, is important this year in terms of preparation for the Olympic Games.

Due to the situation with the coronavirus in the world, there are no guarantees that the NHL will still release its players to Beijing, and therefore it cannot be ruled out that the Russian national team will go to China, fully equipped with athletes playing in the KHL.

In addition, it was curious to see what choice the new coaching staff headed by Alexei Zhamnov and manager Ilya Kovalchuk would make for the second stage of the Eurotour.

As expected, all the strongest got into the roster, including Vyacheslav Voinov, Nikita Nesterov, Vadim Shipachev, Andrey Kuzmenko and Nikita Gusev, who is gaining shape.

There were no surprises like an invitation to the Karjal Cup for 16-year-old Matvey Michkov, although there are enough young people on the list.

At the same time, there is no such bias in the national team in favor of the CSKA and SKA players, which has existed in recent years.

Six people were summoned from the camp of the Moscow army, and five from St. Petersburg.

The composition of the national team for the Channel One Cup!

We are studying and preparing to support the team - we will play the opening match at the home tournament on December 15, against the Canadians 🏒

However, the fans still had certain questions. So, the appearance in the roster of Alexander Samonov surprised. The goalkeeper, although he was the "number one" at the last World Championship and has rich international experience with Ivan Fedotov and Timur Bilyalov, has practically no practice in SKA, outright losing the competition to Lars Johansson. At the same time, Zhamnov and his assistants did not summon Anton Krasotkin, who was rapidly progressing in Siberia, and Evgeny Alikin from Amur.

The last IIHF was previously not allowed to tournaments under its auspices due to heart problems.

Probably, Zhamnov decided to get to know better the performers who in the near future will defend the colors of the national team.

At the same time, there was no place in the line-up for Albert Yarullin, who is irreplaceable in the "Tractor".

The choice in the attack line in places also looks quite controversial.

Kirill Marchenko and Ivan Morozov, who rarely go out on the ice in SKA, will have the opportunity to play at the Channel One Cup.

They will only be accompanied by Kirill Semyonov, who signed a contract with Avangard, who had only three meetings with Toronto in the current NHL regular season.

Certainly no less deserved an invitation, for example, Nikolai Goldobin and Nikita Korostelev from Metallurg Magnitogorsk, who scored 23 goals for two in the current KHL draw.

It should be offensive to Konstantin Okulov, who with 26 points is the second in the team race of CSKA scorers.

Artyom Anisimov from Lokomotiv, Dmitry Rashevsky from Dynamo, Nikita Tertyshny from Traktor, who play key roles in their teams, did not receive the call.

All the fans' questions were promptly answered by Kovalchuk.

According to him, on the eve of the Olympic Games, the coaching staff compiled an expanded list of 120 hockey players, which includes performers from both the NHL and the KHL.

Each of them has the opportunity to travel to Beijing, and therefore the Channel One Cup will be an excellent opportunity for the players to prove their importance to the team.

Separately, he spoke about the most controversial calls to the national team.

So, the manager called Samonov “a very talented guy” who showed himself well at the planetary championship in Riga.

We will talk to him.

Can't a man lose all his best qualities as the first goalkeeper in six months?

Something is clearly happening to him.

You just need to figure it out, but no one doubts Samonov's hockey qualities, ”Kovalchuk explained in an interview with Match TV.

They could not help but ask him about Nikishin's condition.

The Olympic champion noted that in the past the player had certain problems, but stressed that now the young defender is completely healthy and has access to all competitions.

“He spends 30 minutes per match.

He is in very good shape.

An oversized guy who shows himself great.

I think he deserved a call to the national team.

In his case, working with such coaches as Gonchar and Malakhov is a huge plus, "Kovalchuk emphasized.

As for the offensive line, he explained the invitation of Semyonov, who had just joined Avangard's squad, with good skating, cool face-off work and the ability to usefully play in the minority.

“Now we will have a slightly different team structure.

We don't take players just because they have the best stats.

Coaches see everyone in a specific role.

Therefore, we believe that Semyonov will be useful, ”said the manager.

To Kovalchuk's credit, he did not even go away from questions about those hockey players who did not receive a call to the national team for the second stage of the Eurotour.

For example, he linked the absence of Rashevsky and Tertyshny in the list with a desire to look at other hockey players in the case, while these forwards got a chance to prove themselves at the Karjala Cup.

“The same Seryoga Tolchinsky, who was injured in November, is now invited.

This does not mean that we write off someone.

And we have all of them in the immediate reserve, ”Kovalchuk added.

In the manager's opinion, Anisimov, who recently returned to the KHL, has enough time to prove himself and earn the trust of Zhamnov and his assistants.

“Today we have decided to take on other players.

At the same time, I repeat that absence from the Russian national team in December does not mean that you will definitely not be taken to the Olympics.

Now we are checking specific guys for specific roles, "Kovalchuk summed up.

Separately, he spoke about the distribution of roles in the headquarters.

According to him, Vladimir Malakhov and Sergey Gonchar will work with defenders, and Alexey Zhamnov and Sergey Fedorov - with forwards.

Finally, Alexei Kudashov will have to "be responsible for the overall structure."

He spoke about the composition of the national team for the Channel One Cup and Gonchar, who called it optimal, and stressed that the coaches considered many candidates from the KHL.

“Someone came up with the concept of the game of our team, some did not.

We watched who is ready and in good physical condition, ready to play according to our requirements.

And on the basis of this, a decision was made ... We had a discussion, all opinions were taken into account.

You can see the composition that was chosen by the collective decision.

You have to come and show a good game, "- quotes the words of a TASS specialist.

"The trainers have gathered all the best"

On the whole, experts calmly met the roster's announcement and refrained from criticizing the new headquarters.

So, the former coach of the national team Vyacheslav Bykov agreed that the strongest hockey players of the KHL received the challenge.

“I think this line-up will be considered and gradually prepared for the Olympics.

Especially taking into account the option if the NHL players still do not go to Beijing.

And the Canadian national team, which will also take part in the Channel One Cup, will play with a potential Olympic squad ... The chances of winning are very high, the team is strong, we'll see the expanded squad.

I am sure the coaches have gathered all the best.

We will watch and cheer, ”the specialist emphasized.

In turn, another former head coach of the Russian national team Boris Mikhailov urged to trust Zhamnov and see how the team performs at the upcoming tournament.

“Then it will be clear who matches the level of the national team player and who does not.

After the Channel One Cup, you can return to the conversation on whom the coaching staff can count on, ”Mikhailov explained.

Finally, two-time Olympic champion Alexander Kozhevnikov stated that the choice of the new headquarters did not surprise him in any way.

“The strongest players that we have are gathered ... Everything is on the case.

Those who look good now are in the lineup.

As for Samonov, goalkeepers are separate people.

Alexander looks good, although not so confident.

In general, there is no doubt about anyone.

Experienced people, young people and middle age have gathered, ”Kozhenikov said in a conversation with the“ Championship ”.