The end of Xavi's flower and an "absolutely unfair" defeat

From joy to disappointment there are only seven days. In La Cerámica, Xavi's project seemed to have that touch of fortune that, so many times, makes the difference between ... 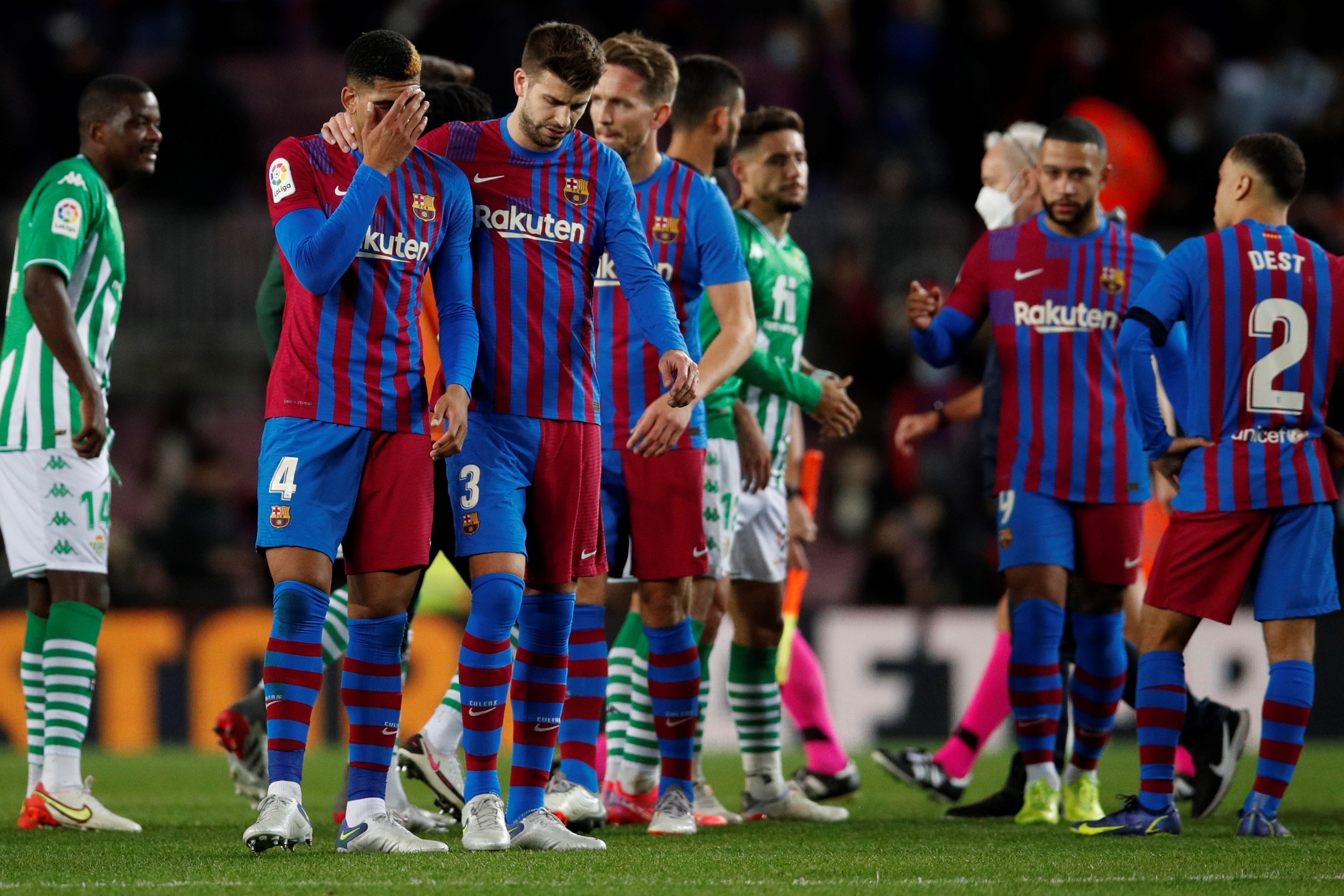 From joy to disappointment it is only seven days. At La Cerámica,

seemed to have that touch of fortune that, so many times, makes the difference between victory and defeat. Now, after falling to

at the Camp Nou, his first big setback, he does not hesitate to emphasize that he is proud of the attitude of his team and even jokes with the hypothetical end of his lucky star.

"We have tried, we have left our skin and we have not deserved to lose, honestly. So, the flower is over and everything is over now, right?", He said wryly and finishing the sentence with a laugh. "This is football.

I'm going to be proud, things need to be adjusted and the game has escaped due to our mistake.

. It was a crucial match, against a direct rival and it is a step backwards, but we must continue and change the chip, because on Wednesday we have a final. There is no other, "he stressed.

" Just as on Villarreal day I was honest and said that when we were worst, we scored, this time it was the other way around. It is difficult for us to score and we have to improve a lot of things, but, from my position, it was a game to win and, in the end, we lost it. You have to accept it. Everything has been due to our mistake and that goal hurts me, because we had worked on it, "he insisted." The culé has to go home proud. We are sad, angry, because the team has deserved much more, but there are always unfair results, that is the greatness of football, "harangued a Xavi who insisted without doubting that concept:

We took a very unfair defeat . "

Barcelona players after the defeat against Betis.EFE

He is confident, of course, that he will know how to prevent this result from taking its toll on him with a view to Munich, a scenario in principle not very conducive to Barcelona's triumph.

"The objective is to go and win. We have no choice. If we achieve the three points, we will be in the last 16. If not, we would be in the hands of another game, but the good thing is that we depend on ourselves. We go to the Bayerm field. No I know if we have never won there, and what we will try is to compete and get very close to what Barça has been in the second half, "he said.

"In the dressing room I have told them that I am proud, that this is football and that it has gotten out of hand. It is a shame and I hope it does not affect us, because

", stressed a Xavi who revealed that Ousmane Dembélé is now ready to start. "With Ousmane we had a plan, we see that he is 100% ready and ready to play. We have tried to protect him because there was a risk of relapse, but it must be differential. It is the Dembélé we want, active, very brave in one-on-one. He must. knowing when to dribble, but having it or not having it changes the team a lot, "explained the coach, who prefers to walk on lead with Ansu Fati instead.

"I am not very in favor of taking risks.

We do not want to lose Ansu for two more months. The Champions League is very important, but so is the League

, another of Barça's young props, meanwhile, had to be transferred to the hospital, according to the club's protocol, after suffering a concussion due to a blow to the head.

"I think it is a small shock. I hope it is nothing," settled the technician.

LaLigaThe extremes of Xavi: Abde and the memory of Onesimo, the artistic rebellion of Ilias and the calm football of Demir

Whispers of the sport The chotis of Piqué: 'Madrid is good if the bossa sounds'