The contained fury of Sergio Ramos: "I knew they would be waiting for him" 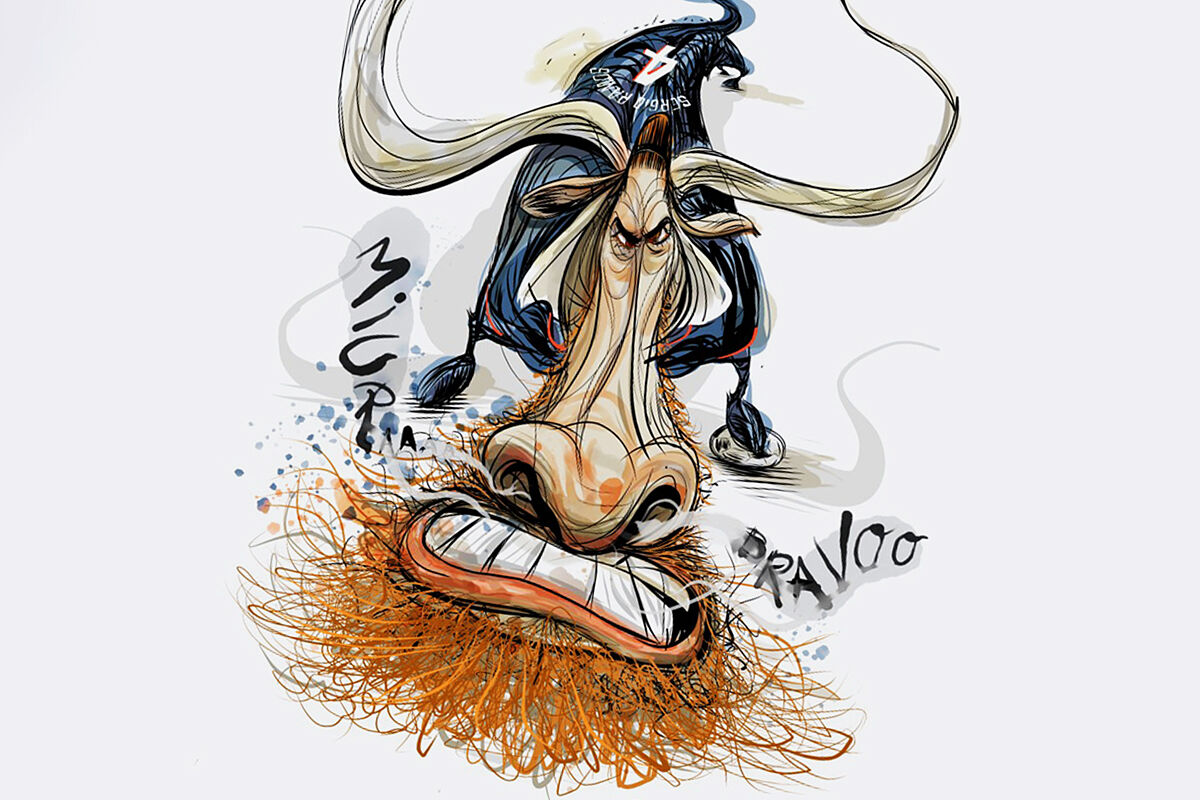 "How are you, Sergio?" "Is everything alright?" The questions were being asked in the WhatsApp group shared by most of the world champions and everything else, although the relationships were no longer those reflected in the bucolic images of the Kiev lawn, in 2012. Not everything was due to 'Cyclone Mou '. The Portuguese only allowed us to lift the veil and remind us how much Cainism makes us feel as Spanish. Also the Catalans. The rest was put by defeats. The times of splendor in the grass passed as the song says: '

As time goes by

Instead, he fights with himself and everyone else to keep him from having his own in the fall of his career. He offers short answers to those who were his comrades in arms: "I am in the process of recovery, it is going well, thank you." He has talked a lot in the past, sometimes more than necessary, and he has listened too much in the present. Like every genius and figure, he is surrounded by flattery and slander. The talkative Sergio is now laconic, far from his habitat, while fury macerates within him a response that the body does not allow him to give. Not yet.

A hopeful appearance, against Saint Etienne, and a new wait, goes down again against Lens, for whom he has never waited. "Muscle fatigue", according to Paris Saint Germain, is the reason. Fatigue was not in the vocabulary of Sergio until now, to whom they have transmitted confidence in the Park of the Princes. "Don't be in a hurry and don't make the mistakes of the past." He has heard it from

, PSG's sports director, and from

, someone who always thought of the madridista. It was not an imposition, one more purchase in the Monopoly of football. The power of the one who pronounces them, however, is weak in a club of vanities, clans and silences. Sergio watches and not everything satisfies him. He wanted a team where he could aim for the best, not an easy destination like others in Qatar or Japan to recover from Dad's failed deals. The Ramos family also suffered the effects of the real estate crisis, but without compromising their situation.

The Argentine circle, in which

can say more than

and the early megalomania of

make up a souffle. The English

has called them the "passengers": they travel in the team without doing anything. Pochettino, who once again witnessed another unappetizing draw at Lens, begins to have the same face as

is the desired one in a changing room where it is difficult to have wishes. Perhaps also because of Sergio, given his past complicity with the Frenchman. Loneliness has been inevitable, despite the company of his brother and agent when he needed it.

has grown his agency, they have separate professional lives, but he will never have a client like his own blood.

Sergio lives near the PSG sports city, although far from Paris, which increases the feeling of loneliness and difficulties in adapting.

The professional commitments of his wife,

, force her to travel to Spain.

The contempt he has felt has greatly narrowed the defense's margins of confidence. More than their former teammates have known about the recovery of Sergio Ramos, the '

. When everyone wondered about the knee that underwent surgery in his last year in Madrid, the Croatian already knew that Sergio's problem was not there, but in the soleus of his opposite leg, the right, due to the overloads that were produced when, mistakenly, he wanted to accelerate the terms of his return. At Modric, professionalism and quality go hand in hand with independence and loyalty. Lucas Vázquez owes him the defense he always made of his continuity, if necessary until telling

who was at the level of Mbappé.

Modric is 36 years old, 35 for the Sevillian, and he is one of those who shows how outdated the rule of the Madrid president is not to renew those over 30 more than from year to year.

Life is, today, longer in football.

The rule of 30 was at the beginning of Sergio's divorce with Madrid, when the defender did not accept a one-year renewal.

In the back room, however, a thesis at the top of the club favorable to closing his cycle and his leadership in the locker room.

The player's calculation errors, including that of having surgery on something that was not urgent, ended up paying it, along with statements and positions of strength that did not benefit him, such as refusing to intercede with the squad, as captain, in the second salary cut requested by Florentino due to the pandemic.

Not knowing if he was going to continue, he understood that he could not ask his companions.

THE UTOPIA OF SELECTION

On the other hand, he never thought that he would be left out of the Eurocup and for that reason he maintained a tense negotiation for the premiums with

, since in the president of the Federation the dressing room testosterone has not, for now, been replaced by diplomacy of the big offices. Such for which. As soon as he arrived, he already verified the toughness of the camero, when the Federation wanted to pay the allowances for the World Cup in Russia to the footballers by transfer, instead of half by that method and the other half in cash, not in black.

In the body they did not think very differently than they did in Madrid, but it was the inactivity due to the injury that left him out of the Euro, after the ridiculous minutes on the way to the record that did not leave

in a good place

. Now that his international cycle seems closed and that the national team seems like a utopia for the central defender, there are those close to the Asturian who say that, if he succeeds ,. it is better not to bet, because the decisions of the selector are a matter of

From his surroundings they recommended more tact with the leaders and others said to him directly: "Shut up!"

But Sergio has been and is a free verse.

As a person close to the Sevillian says, "he chose to be that way and he has always known that they would be waiting for him to charge him."

From these strange bullpen in Paris, Sergio observes them impatiently.

Ligue 1 Sergio Ramos, again off due to "muscle fatigue"

FútbolRené defends his management at LOC: the strings he moves in PSG's skid with the signing of Sergio Ramos