Samuelsson second in the hunt start - lowered by the last shot

On the way to a new victory in the World Cup in Östersund. But a boom on the very last shot caused Sebastian Samuelsson to miss first place in the hunt start. Instead, the Swede was second behind Norway's Vetle Sjåstad Christiansen. 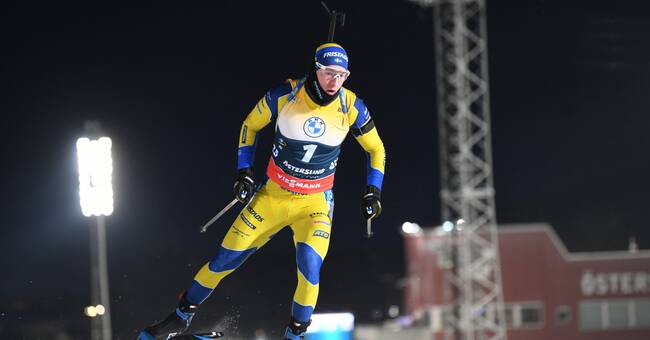 The 24-year-old started as the first skier with the Frenchman Emilien Jacquelin as the closest hunter.

Jacquelin, with two straight World Cup golds in the hunt start, started with two flawless rounds on the shooting range.

At the same time, Samuelsson blocked two shots and the Frenchman got a small gap.

But it would start to get heavier for Jacquelin who missed two shots in the penultimate shot and the top battle really opened up before the fourth and final visit to the shooting range.

Samuelsson, Jacquelin and Norwegian Vetle Sjåstad Christiansen kept a steady pace on the track and at the same time went into the dike for the standing shooter.

Jacquelin blocked a shot and Christiansen was flawless before the decision.

Samuelsson put the first four shots but a fatal boom on the last shot forced the Swede to a penalty round and the first place was out of reach.