Sweden continues on the beaten path in the handball World Cup. After a great victory against Uzbekistan on Friday, a new crush came against Puerto Rico today. In addition, Nathalie Hagman broke her own goal record, she is now the national team player (on both the women's and men's side) who scored the most goals in a match. 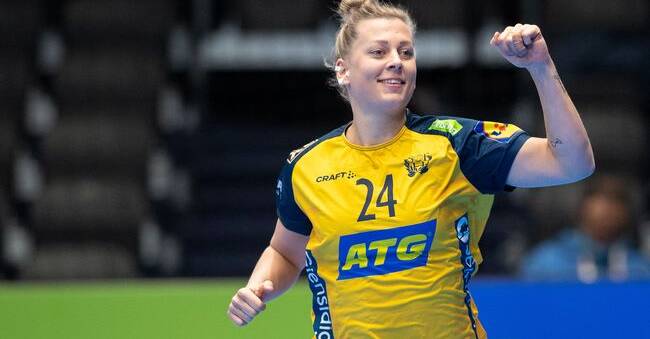 After the first 30 minutes, the handball ladies had gained a solid lead: 26-5 after, among other things, 10 goals by Nathalie Hagman.

And Sweden continued to scoop goals in the second half.

Hagman thundered in his eleventh goal after 2.30 played in the second half and in the 44th minute Hagman sent in his fifteenth goal of the match and really started to approach the record.

Before the match, the record was 17 goals in a match, a record that Hagman himself set in the European Championship 2018 against Russia.

And in the 55th minute, that 18th goal finally came.

With a quick shot from the right, Nathalie Hagman sent in her 18th goal.

Which was also Sweden's 44th goal in the match.

Sweden's Evelina Källhage went on a red card in the match after something unfortunate fell hard on a Puerto Rican.