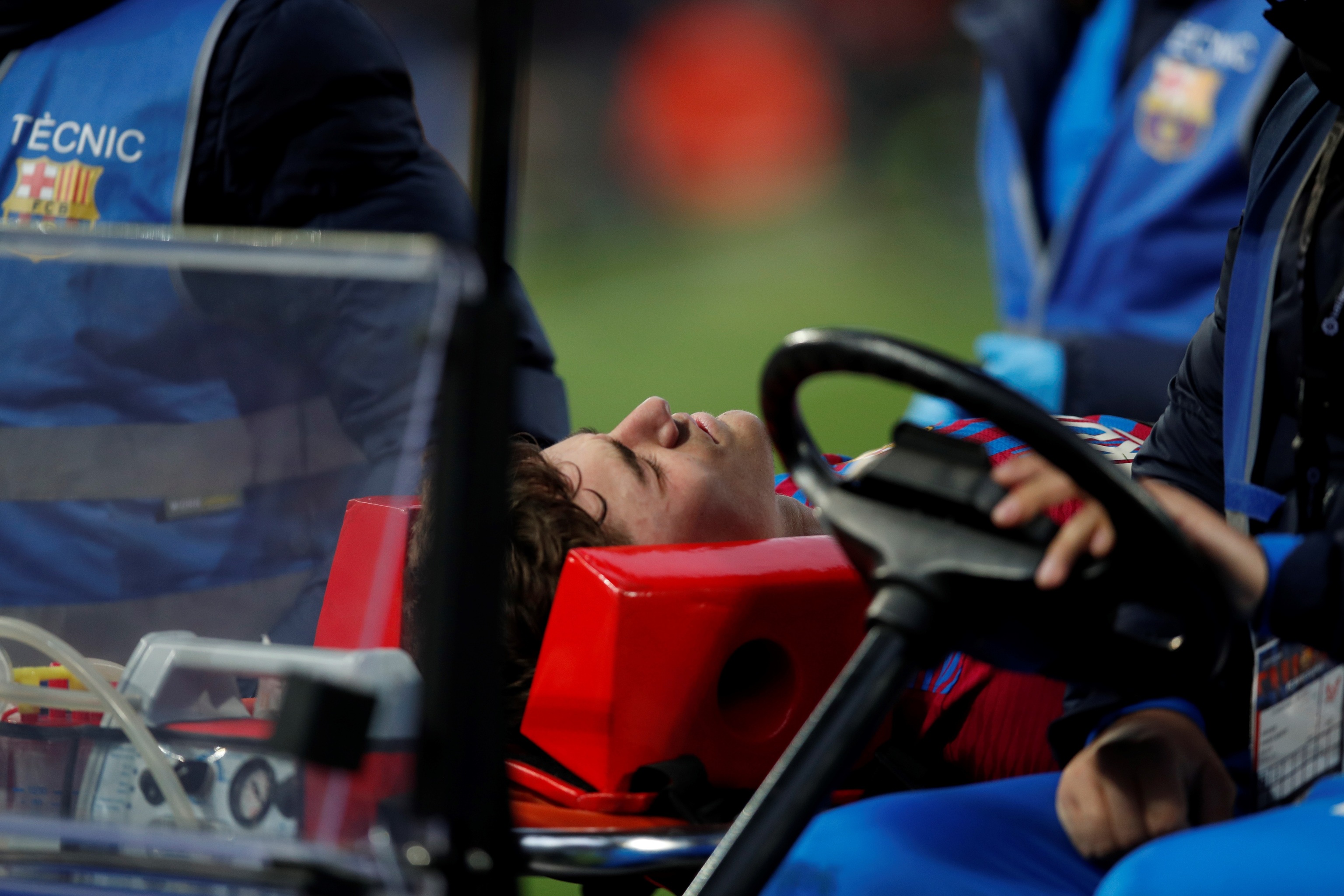 Betis is a better team than this Barcelona. That is why it is above in the classification. That is why he occupies European positions. That is why he won at the Camp Nou thanks to another goal by Juanmi, one of those forwards who deserved to get out of media anonymity. Xavi Hernández, received as the messiah, has no tools to tear a team in decline from the mud and that plays worse and worse. It was his first defeat as a Barça manager. An ugly prologue to the duel against Bayern in which the Catalans will risk their lives in the Champions League. [Narration and statistics: 0-1]

They could already discuss Jordi Alba and Riqui Puig and share blame in the transition that the game cost Barcelona. Canales, head held high, glided forward without anyone being able to follow him. He set de Jong down with ruthless ease. And Juanmi, who got ready to celebrate his ninth goal in the League, had only to take advantage of the fact that Tello left him alone against Ter Stegen. So easy. So raw.

Remembering hurts. And Philippe Coutinho forces us to do it every time he taps on the pitch. The talent is still there. It is never lost. The boy began the game with a hat, with a high heel, with a cut, with a shiver at the near post. An aesthetic delight. Artistic resources with which the Brazilian always lived, but which previously had a meaning. Not now. There is nothing left after the caper and the feigned orgasm, only an absurd hope. The same one that torments Barça. The spectator who went to the Camp Nou was able to witness the twilight of Coutinho in the same game, and in just one act. A blackout coordinated with his own team, tasteless and frustrated once the dawn bubbles faded.

Xavi Hernández, despite his delicate position in the league, despite facing Betis who is one of his direct rivals for European positions, established the priorities. Piqué, Frenkie de Jong and Dembélé were left on the starting bench before the prospect of the three appearing in the starting team next Wednesday in Munich, where Barcelona will risk their lives - sports and economic - in the Champions League. This led to the ownership of Lenglet. Or that the young Abde repeated as extreme right, where he shared the band with Sergiño Dest; or that Gavi will stay this time with the left-handed interior position, being Coutinho who will start a few more steps forward.

It soon gave the impression that the footballers did not understand what Xavi was proposing. Or that Xavi did not show the ideal tactical tools to some players who sweated a lot for chaining three passes in a row. The advanced pressure of Betis proposed by Pellegrini led the Catalans to twist in disability. Memphis, the theoretical center-forward, was just dropping balls in midfield in an exit plan that seemed unique. Nico González, increasingly anguished at the absence of passing lanes, found himself engulfed by the Betic midfielders. While Gavi could only hold out for half an hour. Bellerín crashed the ball into his face. He tried to stand a few more minutes. But so stunned was Gavi that, when he tried a dribble, he plummeted. He left the field on a stretcher and wearing a neck brace.His replacement was Riqui Puig, a footballer lost on the border between expectation and reality.

Gavi retires on a stretcher during the match against Betis.EFE

Before Dembélé entered, Abde was the only one who was not afraid to go to the mountains.

He sought to advance with his repertoire of agonizing dribbles, with his curved back as the center of gravity.

But he ended up chasing Álex Moreno.

It was precisely the Betis side who assisted Ruibal on the best visiting occasion of the first half, on the brink of halftime.

His attempt at heel, however, ended in nothing.

It gave the impression that Betis did not take advantage of their scenic dominance.

That Pellegrini was prudent, without the absence of Fekir, capital in his offensive game, should serve as an alibi.

It was shown, however, that the Chilean coach was simply biding his time.

Barcelona needed an episode that would make him wake up.

He found it in Juanmi's disallowed goal at the beginning of the second half.

Ter Stegen had been left half, but Juanmi finished off the ball offside.

He took hold of Frenkie de Jong and Dembélé, the latter unleashed in the overflow and in the shot.

Up to three found.

Up to three the stadium drowned the euphoria.

Even with Betis already ahead thanks to Canales' glorious career and Juanmi's goal, Dembélé gave Abde something to do.

The Moroccan winger sent the ball into the sky.

Perhaps there is no other choice than that.

Look at the sky, squeeze the rosary, and think of a miracle in Munich.

The soccer mirror, however, returns a hopeless image.

LaLigaThe extremes of Xavi: Abde and the memory of Onesimo, the artistic rebellion of Ilias and the calm football of Demir

Whispers of the sport The chotis of Piqué: 'Madrid is good if the bossa sounds'

LaLigaInterview with Vicente Moreno: "To win against Madrid or Barça you have to know how to suffer"