The national team manager on Kallas Olympic status: "Unexpected that it would be so difficult in Finland"

The Olympics are the season's big goal for cross-country skiers. To get there, Charlotte Kalla has to step up - the results she has achieved so far are not enough. This weekend, the 34-year-old gets a new chance when the World Cup is decided in Lillehammer. - It's about having to make top results, because the competition in the Swedish women's national team is so tough, says national team manager Anders Byström to SVT Sport. 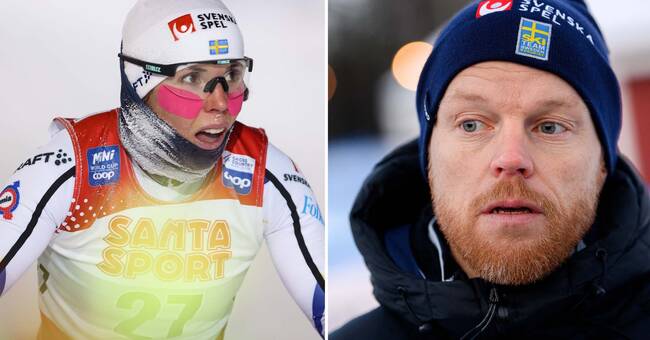 When the World Cup started in Ruka, Finland, last weekend, Charlotte Kalla finished in 23rd place in the 10-kilometer race, almost one and a half minutes behind the winner Frida Karlsson.

In the hunt start the next day, Kalla went into 18th place.

- Yes, it is clear that it was not a great weekend for her in Ruka.

I really hope that she gets to show this weekend that she is strong, because we have seen during the autumn that she is in very good shape.

It was a bit unexpected that it would be as heavy as it was in Finland, says national team manager Anders Byström.

- We hope she can show it this weekend and next weekend.

For the competition is rock hard.

Kalla had five blue and yellow skiers ahead of him in the first race in Ruka, including less experienced Moa Olsson and Louise Lindström.

- It's about having to make top results, because the selection in the Swedish women's national team is so tough and we have some new ones who have come in and did very well in Ruka.

There are several about it.

It's a tough battle for places, you have to be up there and fight at the top.

So right now there are some who are ahead of Charlotte Kalla in the hunt for an Olympic place?

- We do not have such a ranking yet, but it goes without saying that the results in the beginning are important.

You have to fight for it the coming weekends as well.