The Maitha Bint Ahmed Al Nahyan Foundation for Community and Cultural Initiatives launched the Foundation's first cycling team, coinciding with the celebrations of the 50th National Day of the country, and the selection of Abu Dhabi as a city for bicycles, as the team enhances the Foundation's participation and contribution in supporting the efforts of 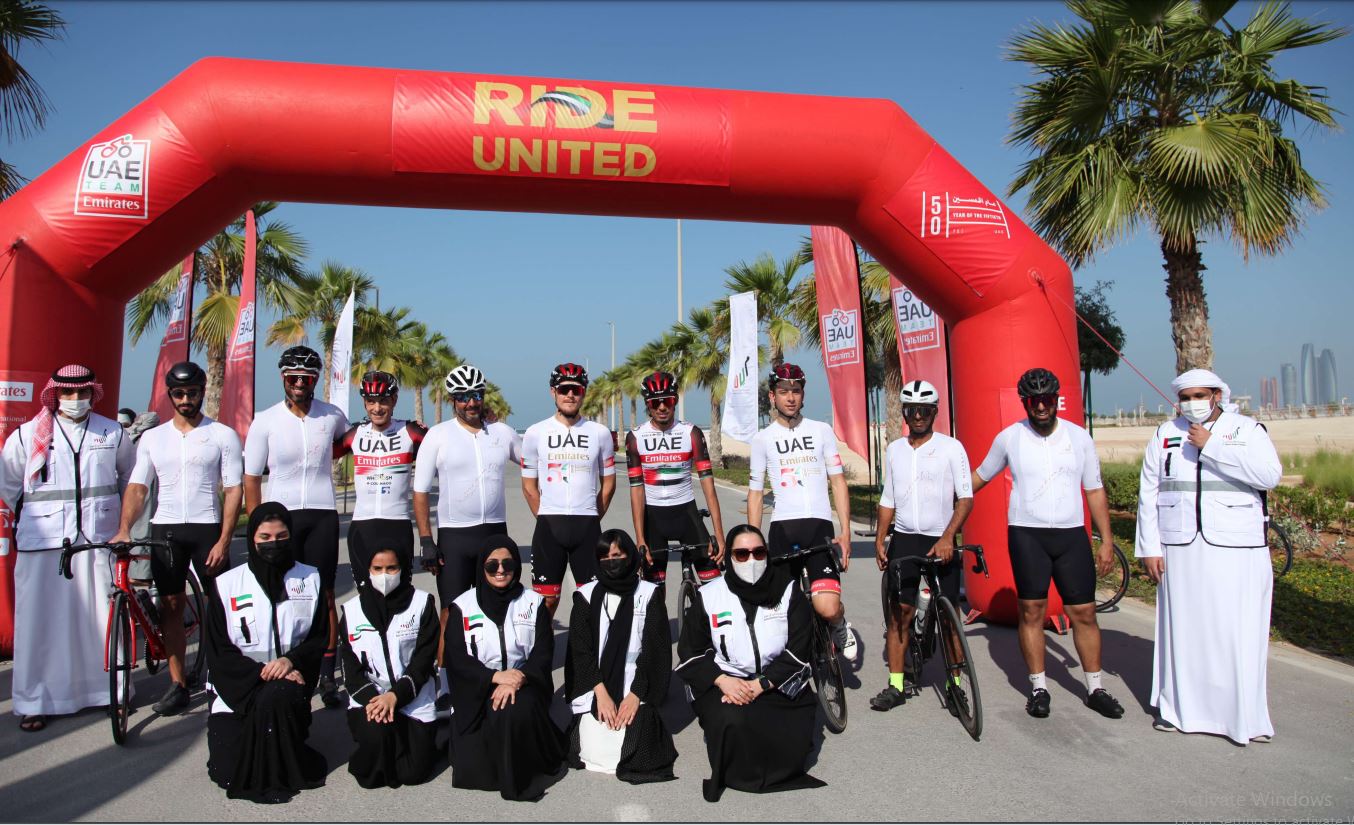 Coinciding with the fiftieth National Day celebrations of the country

The Maitha bint Ahmed Al Nahyan Foundation for Community and Cultural Initiatives launched the Foundation's first cycling team, coinciding with the celebrations of the 50th National Day of the country, and the selection of Abu Dhabi as a city for bicycles. eminent.

The Foundation said in a statement today, Friday: "The Foundation participated in the Cycling Union's march, which was held in Al Hudayriat district in Abu Dhabi, organized by the Abu Dhabi Cycling Club, and in the presence of the Emirates Cycling Team, where the Foundation's participation was represented by the presence of a volunteer team and another athlete to support the event celebrating the fiftieth anniversary of the Union."

The Foundation added: "Sheikha Maitha bint Ahmed bin Mubarak Al Nahyan, Chairperson of the Board of Trustees of the Maitha bint Ahmed Al Nahyan Foundation for Community and Cultural Initiatives, confirmed that the Foundation's participation in the event stems from the Foundation's societal role in supporting national events and events, and in line with its vision for the success of the event. The various activities held in the country, through active participation and positive contribution in partnership with various parties, stressing the institution's keenness to participate in the march of the Union for Bicycles, which comes in support of the sports contributions of the Emirate of Abu Dhabi, in conjunction with the emirate's obtaining the title of the city of bicycles, which is considered An important global recognition to be added to the achievements made by the country in the field of sports, and to confirm the emirate’s solid position as a global platform in the establishment of cycling activities, events and competitions.”

The event witnessed the participation of more than 300 people, as it witnessed the establishment of a series of training activities and workshops for children about bicycles, in a festive atmosphere, expressing feelings of joy and pride in the fiftieth anniversary of the Union.

The event included a wide participation of authorities and various community groups, including students from ADNOC schools and Aldar Academies, in addition to a group of Paralympic cyclists at the invitation of the First Abu Dhabi Bank, and people of determination from the Hope for Heroes program, which is supported by the G42 group. ), in addition to the participation of cyclists at the invitation of Emirates Airlines, Abu Dhabi Holding Company and Etisalat.