The tremendous impact of Charles Leclerc against the protections at Turn 22 caused the suspension of the second free practice in Jeddah with only three remaining ... 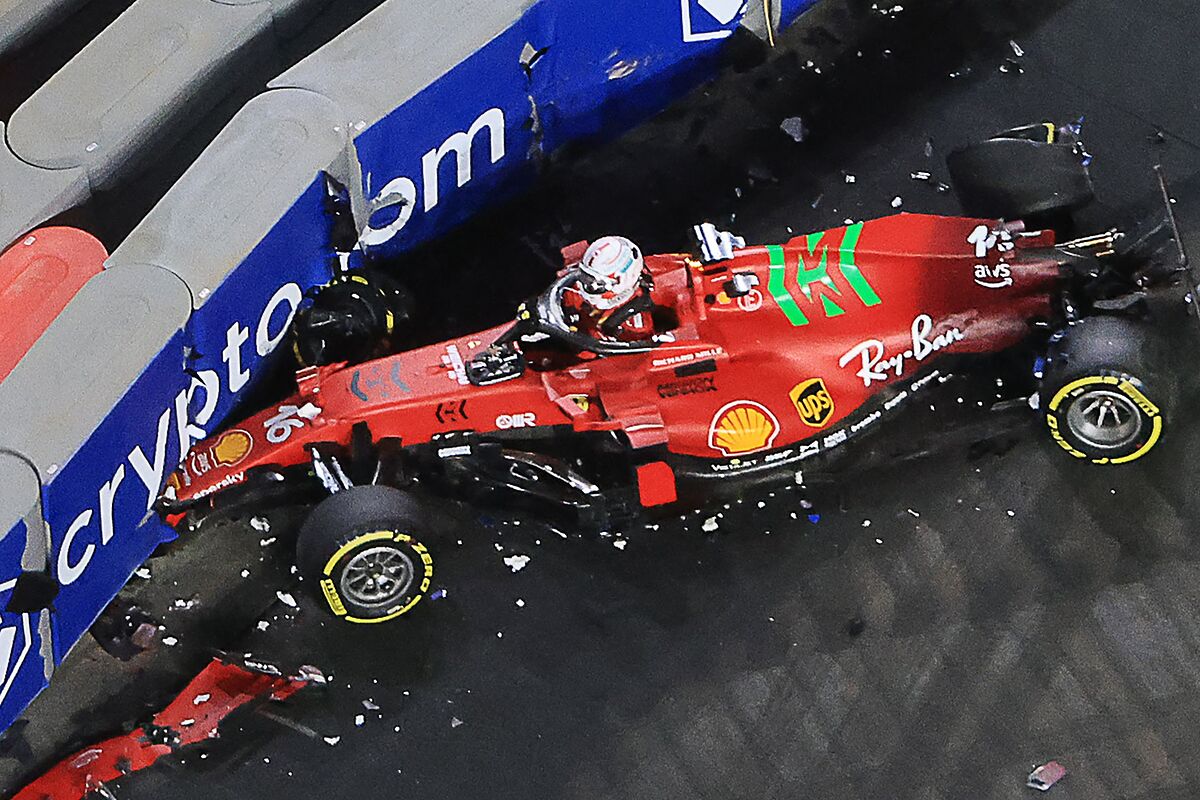 against the protections at Turn 22 caused the suspension of the second free practice session in Jeddah with just three minutes remaining. The Monegasque destroyed his Ferrari at the most difficult point of a thrilling track that opens in the World Championship and which is beginning to raise too many comments about its dangerousness.

set the best time in the two sessions, with an average speed that was a record in F1 history on an urban track. For the night, the seven-time champion stopped the clock at 1: 29.018 at an average of 249.684 km / h, without even needing the propulsion of his most powerful engine, which he reserves for Saturday and Sunday. Thus he kept

, who gave up two tenths in the night session, held under artificial light and in temperature conditions very similar to those expected during the race.

However, the dominance of Mercedes was in the background on a Friday marked by the vertigo of the 27 curves of the Jeddah Corniche Circuit.

"It looks like something like an experiment on a high-speed track to which they have added walls. I just hope that everything is safe and that we have no surprises,"

And this warning, based on the work in the simulator, was confirmed to the misfortune of Ferrari.

The comparison with Macau

The six rows of guards, located at turns 22 and 23, absorbed the tremendous impact of Leclerc, who struck with the rear of his car and came out on his own foot, without a single scratch. A few minutes before,

had also gotten around the wall with great difficulties, after losing the line and seeing his lap time eliminated. The extreme difficulty of that point, which is reached in sixth gear, was already pointed out in the previous one by

Actually, the best news of the day was the absence of more accidents on a track that brings to mind the Macau circuit, considered one of the most dangerous in the world.

Of course, any piloting distraction pays dearly against its walls, many of them made with Tecpro technology.

In fact, cement is a minority element in the 6,174 meters of rope.

According to the predictions provided by F1 itself, on Saturday an average of close to 253 km / h could be reached, only lower than Monza, the fastest track in the World Championship, considered for decades as the Temple of Speed.

As for the strict performance on the asphalt,

left a good feeling with a fifth place (1: 29.441) just 42 hundredths behind the head, with a record included in the first sector.

Alpine's good moment was confirmed by

The Madrilenian once again surpassed Leclerc, his garage companion, who he surpassed by 18 hundredths.

Formula 1Fernando Alonso climbs to the podium in Losail

Formula 1 Verstappen crushes Hamilton and accelerates towards the title