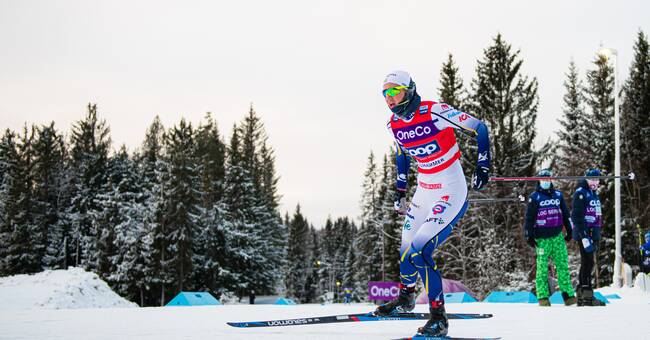 The Swedish ladies had a fantastic day in Lillehammer.

Maja Dahlqvist, Johanna Hagström and Emma Ribom all made it to the semifinals - where they made up for the victory.

But that stopped Johanna Hagström.

You know, I hardly know what happened, and all of a sudden I was just lying on the ground, it was a little sucky.

Stupid as I am, I would pick up my glasses in the middle of everything.

But once I fell, I felt that it was over, Hagström says to SVT Sport.

But Ribom and Dahlqvist made it to the final and it was double Swedish for the second weekend in a row.

The Swedes took the lead immediately and set off - Ribom was long before Dahlqvist.

Then Rosie Brennan came into the race, but it's not over until it's over.

Dahlqvist looked controlled and at the last ascent the road was clear for the Swede.

And no one could compete.