It was Gerschon Yabusele, the guy who has contributed the most to the rebirth of Real Madrid at the beginning of the season, who solved an agonizing battle, the one who rescued with his ... 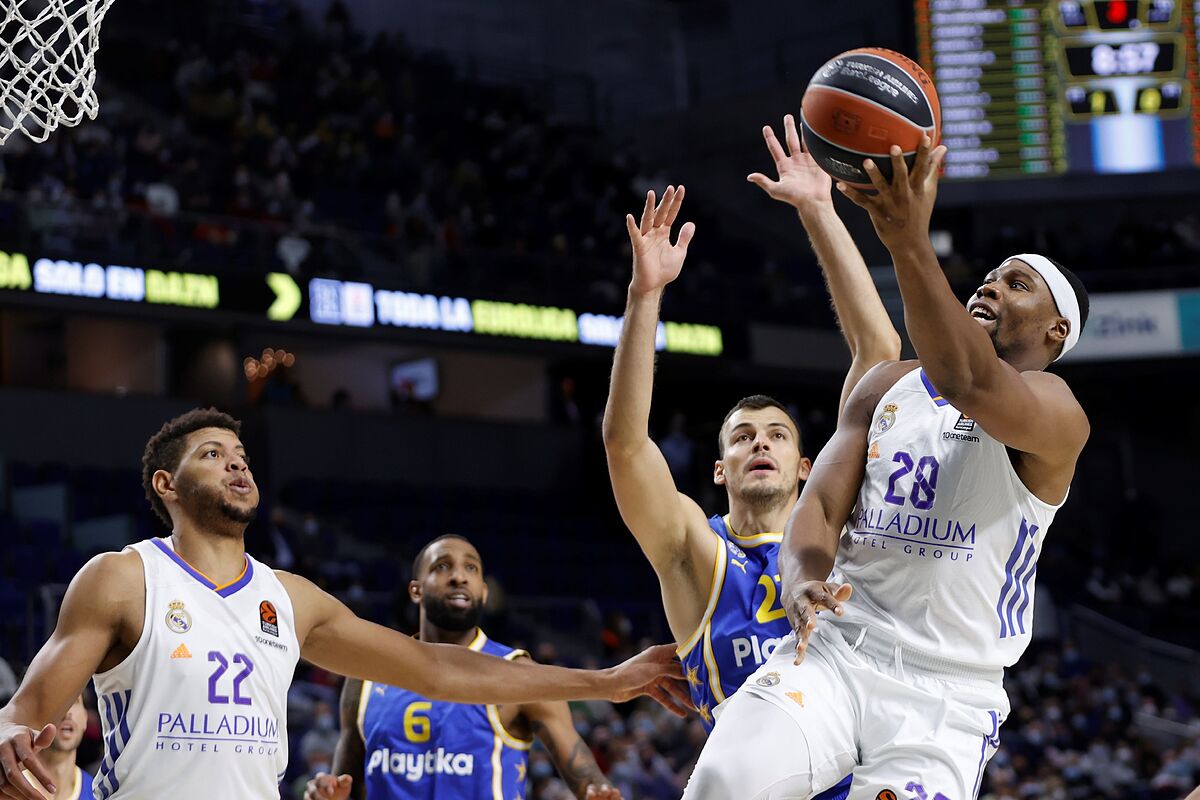 , the guy who has contributed the most to the rebirth of Real Madrid at the start of the season, who solved an agonizing battle, the one who rescued with his basket with three seconds left, a powerful penetration of the house brand, to the team by

, erratic and tied up all night. Until the moment of truth came and, as was the norm in his 799 previous games on that bench, his pupils did not stop believing against a Maccabi who did not know how to win at WiZink. [72-70: Narration and statistics]

Because, for 35 minutes, the Maccabees had owned the stage.

They imposed their defensive law, they made the night a torture, they lowered the hand and the rhythm to a Madrid without spark and they seemed to have the situation under control in this classic in Europe, the most repeated match.

In the abyss, the whites re-emerged without really knowing how.

, giving what he had previously taken away with his mistakes and poor defenses.

And entrusting himself to Yabusele for the last action, since before

had equaled the duel.

Definitely, the French power forward is already an idol in the Palace.

Another of those signings that change destinations.

In the midst of the competitive heat of three games a week, it often happens that a slight stoppage clogs the mechanisms, like a gear that lacks lubrication. Madrid launched in November, the month in which all were victories, found it difficult to find the task again, as if that week of vacation at the FIBA ​​Windows had been a long summer.

And that the dawn was hopeful before a strangely passive Maccabi then.

Those of a Laso who was serving 800 games to the jugular of the old rival were launched, with the effusiveness of Yabusele, who was well accompanied by

, who gave in to the electric

to put order, especially in defense.

And Madrid was so petrified that when he wanted to realize he was behind on the scoreboard (24-25).

Then, already halfway through the second act, in search of the targets of lost fluidity, it was already the great

who was running the show, finding in the painting a partner like

, that pivot who could have been white last summer. A triple by

The second part, instead of clearing up, progressed erratically, with the Maccabi taking the tempo, slow and muddy. It was as if Real Madrid played with weights on their feet. Gas was lacking, and only in Yabusele was there a fang sensed enough to face the challenge. In such mud, each triple looked like a shooting star. The two of the recently left

put the maximum of the Maccabees already with almost half an hour played. That Wilbekin lengthened (50-59) with three free throws as a result of a serious concentration error by Heurtel.

With that slab, Madrid entered the final act, where despite the initial 6-0, Maccabi's defense soon prevailed again.

It was a lesson from Sfairopoulos, constant assists, fast hands and concentration.

Each static attack was a headache for the targets, who accumulated losses and forced shots.

But ... with 58-65 that seemed like an insurmountable wall, Madrid did it again.

Heurtel took the reins in attack and in defense everything changed to the point of causing failures and more failures in a Wilbekin that monopolized, for the worse, the visitor's prominence.

Derrick Williams appeared to take the duel into extra time, but then Yabusele emerged, like the claw of a bear.

Euroleague Yabusele exerts as commander in a claw win against Bayern