The case of Peng Shuai: the head of women's tennis against the Chinese giant

American writer Michael Schuman, who has lived between China and Southeast Asia for almost three decades, explains that the first rule of thumb for doing business in the ... 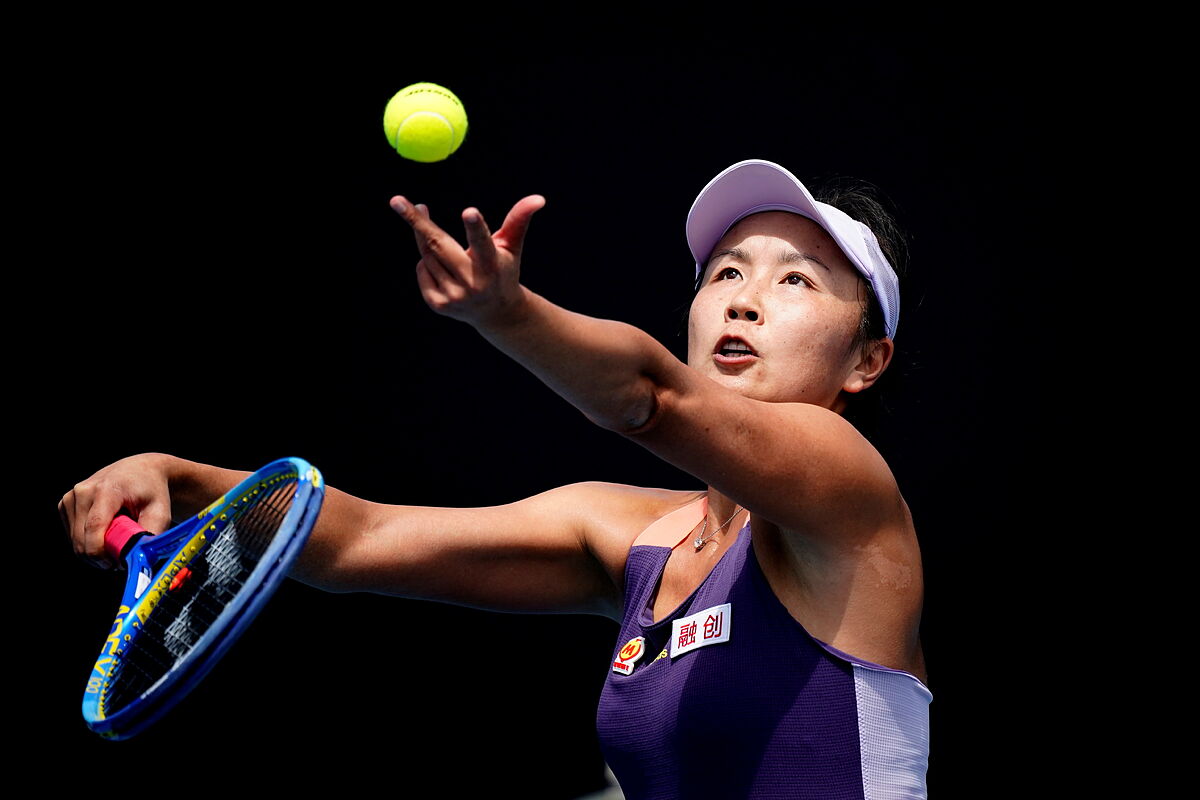 , who has lived between

, explains that the first rule of thumb for doing business in the Asian giant is not to criticize its government. "

Your bureaucrats have life or death power over a business

. Why risk losing the riches of your vast market? Above all, avoid anything politically sensitive," Schuman recommends.

The rule has been adhered to at the foot of the script for years by many international multinationals and sports organizations that fatten their annual accounts by holding competitions in the second largest world economy. But now an American named

, the head of the

, has appeared to say that until the media case of the Chinese tennis star who accused a former deputy prime minister of sexual abuse is resolved, there will be no more. women's tennis tournaments in China.

"The tough stance of the WTA has been characterized as a flagrant exception," says Schuman. The

, chaired by Simon and to which

, a three-time Olympic champion in doubles, winner in that discipline at

, and the author of a censored letter in China denouncing the abuse of the that he was one of the most powerful men in the Asian country.

What happened with Peng has pushed Simon, a boss used to pulling the strings behind the prominence of the players, to become the center of attention.

when Peng Shuai is not allowed to communicate freely and has apparently been pressured to contradict her accusation of sexual assault," Simon said in a statement on Wednesday.

If the WTA finally pulls out of China, it could lose hundreds of millions of dollars in broadcasting and sponsorship. Although, in the absence of knowing the

, the events of 2021 had already been canceled previously due to the restrictions of the pandemic in a country that has had its borders closed since March of last year and that requires a three-week quarantine. to all incoming travelers.

. More than a decade later, it hosts nine. The organization has a circuit of women's tournaments in the cities of

. With Shenzhen, the Asian Silicon Valley, he signed an agreement in 2018 to host different end-of-season events over 10 years, in which there would be more than 150 million dollars in prizes. And we must not forget the juicy agreement he reached with the Chinese platform

, to which he transferred the broadcasting rights in exchange for

"I am very sorry that things have reached this point. There are many prominent talents in the tennis industry in China and Hong Kong who have worked with us for many years. However,

unless the action we require is taken, we cannot hold matches in China

, which puts our players and staff at risk. Chinese leaders give the WTA no other option, "Simon said in a statement insisting that the authorities in the Asian country investigate Peng's allegations. Shuai.

On November 21, after almost

three weeks of no news

after publishing her letter, the tennis player made her first public appearance during the opening ceremony of the final of a youth tennis tournament in Beijing.

Before the end of the day, the

(IOC) reported that its president, Thomas Bach, had spoken with her through a half-hour video call, and that the tennis player was well and asked that her privacy be respected.

There were images of Peng and Bach smiling behind a screen

But Simon, who said that the decision to suspend tournaments in China had the full support of the WTA Board of Directors, said they were not convinced that everything was okay with Peng.

For years, the IOC has been carrying

accusations of complicity with the authorities of the communist regime

. Coincidentally, the senior official named in the athlete's letter, Zhang Gaoli, was the link and key figure in making Beijing the host of the next Winter Olympics, which will begin next February. The then Deputy Prime Minister Zhang (76 years old), appointed head of a working group on the

, received Bach five years ago to coordinate the preparatory work for the event.

Regarding the whereabouts of the

, this newspaper was able to confirm last Friday that she was in her apartment in a southeast neighborhood of

", two agents from the Office of National Security, the hard wing of what would become a Ministry of the Interior, were posted at the door of his development.

"I have doubts that it is free"

"While we now know where Peng is,

I seriously doubt that she is free

and not subject to censorship, coercion and intimidation. If powerful people can suppress women's voices and sweep allegations of sexual assault under the rug, then the foundation on which the WTA was founded,

equality for women, would suffer a huge setback,

"said Simon (64), who started in the sports industry as a tennis coach and took over the WTA in 2015. Before that, he ran the

, a renowned American sports journalist, published a profile on the WTA president in Tennis magazine on Monday. "Like an owl, measured, his words carefully erased in color, he seemed to do his best to avoid attention as he established himself as a skilled manager and rainmaker. He

" writes Bodo. "Now, he has demonstrated his leadership ability in dealing with an authoritarian regime on a matter of principle and security."

For the writer and expert on China Michael Schuman, Simon's decision to remove the women's circuit from the country "is bad enough for a government that appreciates the country's participation in international sports. And, worse, the incident has further fueled calls to boycott the upcoming Winter Olympics in Beijing, which will be held in just two months. "

Following the statement signed by Simon, the first to respond from Beijing was the editor of the state-run

, Hu Xijin, who on Thursday accused the WTA of "coercing" Peng Shuai to "

" on China by suspending tournaments in the country.

Hours later, when asked about the issue at a press conference, Wang Wenbin, a spokesman for the Chinese Foreign Ministry, only added that they are against "behaviors that politicize sports."