Margaux Pinot-Alain Schmitt, the case of domestic violence that moves the world of judo 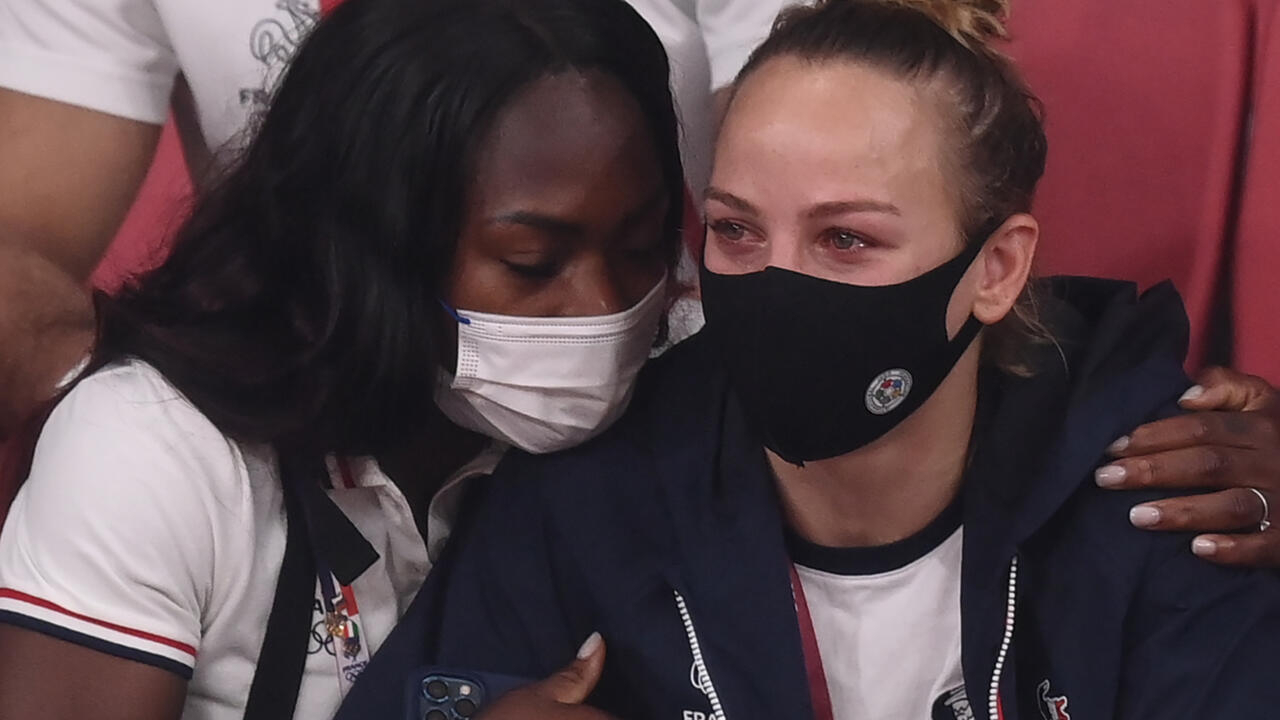 "What is their slanderous defense worth in the face of my wounds and the blood strewn on the floor of my apartment? What was missing? Death at the end, perhaps?"

Publishing a photo of her swollen face, she is indignant at the release of Alain Schmitt, whom she accuses of acts of domestic violence.

Believing "not to have enough evidence of guilt" of violence by the former member of the French judo team on his companion, the Bobigny correctional court released Alain Schmitt during a hearing for immediate appearance in Tuesday night to Wednesday December 1st.

I thought I was going to die, I managed to escape to take refuge with my neighbors who immediately called the police.

I have several injuries including a broken nose and 10 days of Temporary Interruption from Work.

Today justice has decided to release him.

A few hours after the release, the Bobigny prosecutor's office announced to AFP to appeal.

And the Olympic champion of the brand new mixed team event to speak on social networks for the first time since the events, which occurred during the night from Saturday to Sunday.

“During the night from Saturday to Sunday, I was the victim of an assault at my home by my companion and trainer. I was insulted, punched, my head was repeatedly hit on the ground. And finally strangled. I thought I was dead, "she describes.

"It was probably judo that saved me. And my thoughts are also with those who cannot say the same."

Contradictory versions at the hearing

During the hearing, the two parties presented contradictory versions.

Alain Schmitt denied "100%" the facts with which he was accused.

At the helm, his face marked with a black eye, he denied having dealt the slightest blow to his companion, rather describing a fight between lovers as a "tornado", based on judo and triggered by Margaux Pinot.

"It was not a judo fight, it was punches," protested the Olympic champion at the bar.

Margaux Pinot accuses him of having beaten him, pulled his hair but also of having tried to strangle him during an altercation in the apartment of the young woman of 27 years.

Her calls for help alerted neighbors, where she found refuge before the police arrived at around 2:30 am. Suffering from bruises and a broken nose, she was prescribed ten days of ITT.

Contacted by AFP, Alain Schmitt's lawyer, Caroline Wassermann, said that her client welcomes the call from the prosecution with "serenity".

The world of judo "shocked" and "stunned"

The release of the judo coach and the testimony on Twitter of Margaux Pinot provoked the indignation of stars of French judo and the Federation on Wednesday, when the prosecution appealed the decision.

I do not have the words to express everything that is going on in my head and my body as a woman in the face of what my teammate Margaux Pinot has gone through.

All the more shocked by the court's decision.

What does it take for the sanctions to drop, death?

"We are all deeply touched by what our teammate Margaux Pinot has just suffered", added a few minutes later the three-time Olympic champion Teddy Riner.

Every day, women, children and the most disadvantaged face violence, whether physical or moral.

It is intolerable, unacceptable.

This fight must become a priority, the victims must be better supported and protected, it is a question of life and death.

Same story with the French Judo Federation: "We were stunned, we were knocked out by the decision," its president Stéphane Nomis told AFP in the evening.

"It's been a day that I try to understand. I do not understand how we can say that there is an absence of evidence," said the leader.

"I don't have the whole file, but when you see her condition, I find it hard to understand that anyone can say 'no evidence'."

According to her entourage, the Minister for Sports Roxana Maracineanu wrote to Margaux Pinot on Sunday and is in permanent contact with Stéphane Nomis, who accompanies the judo champion.

A relationship "in the grip"

Bronze medalist at the 2013 Worlds (-81 kg), Alain Schmitt reconverted as a trainer at Blanc-Mesnil where, in addition to Margaux Pinot, he trained Madeleine Malonga.

The French coach had planned to go to Israel to take the reins of the women's national team.

A departure abroad motivated by his very complicated relationship with Margaux Pinot, both playing at the Blanc-Mesnil club.

'There were only two solutions, as I said during the hearing: that she leave the club or that I leave.

I chose to leave, 'explained the coach in the Team.

The Israel Judo Federation announced that it had suspended all contact with him after the court ruling.

On the side of Margaux Pinot, we evoke a relationship four years old, never "official".

"There was probably more harm than good in the end," judges the champion, in an interview with Le Parisien before the hearing.