The wife of the Liverpool star and scorer, Egyptian Mohamed Salah, drew attention during her attendance at the Golden Foot Award ceremony two days ago in the French Emirate of Monaco, on behalf of her husband, where Maggie appeared with a graceful body, after she lost a lot of weight in the previous period. 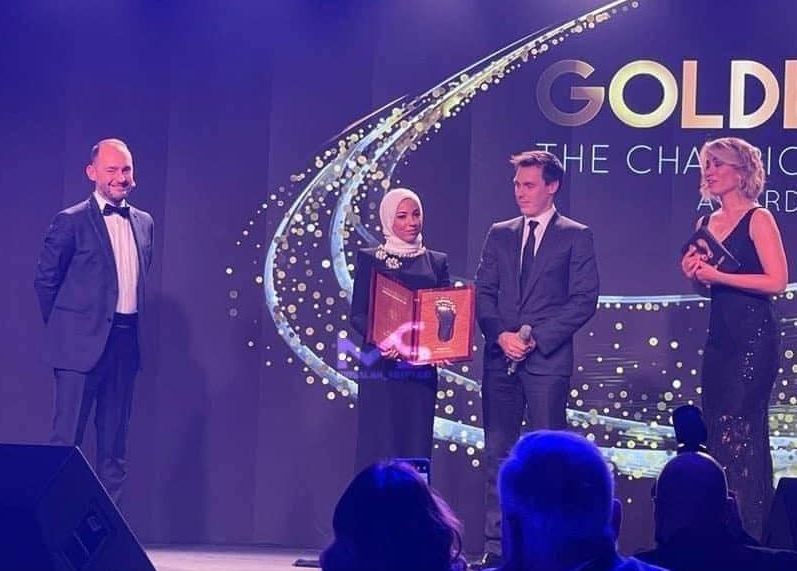 The wife of the Egyptian star and scorer of the Liverpool team, Mohamed Salah, drew attention while attending the ceremony to receive the Golden Foot award two days ago in the French Principality of Monaco, on behalf of her husband, where Maggie appeared with a graceful body, after she lost a lot of weight in the previous period.

The Egyptian fitness coach, Mina Samir, did not miss the opportunity to confirm through his account on “Facebook” that he was part of the process of losing weight and the agility that she is now enjoying. I was part of the first trip to Mecca, the wife of Fakhr Al-Arab.

After that, the coach was subjected to severe criticism and violent reactions, especially from supporters of Mohamed Salah, denouncing him for publishing her picture of excess weight, and one of them said to him in the Egyptian dialect, "No matter what you worked with her, what is it, you were waiting for an occasion like this to download her picture before and after, why do you mean I do not understand?" The issue has nothing to do with you in the first place, that you upload her picture while she receives the prize, and that you show people her appearance was a factor in how."

The coach responded to the critics, saying that he did not understand the reason for offending him, stressing that Mohamed Salah's father had previously contacted him in order to lose weight, and that this was his role and he was happy with what he was doing.

The coach had said that Salah's wife had not had any weight loss surgery, and that the secret was due to special training and a natural diet that suited her body, and that the matter began in 2018.

It is noteworthy that Mina Samir, famous in recent years in Egypt for his specialization in fitness and fitness, is an Egyptian police officer, and has previously led a previous campaign against harassment of women.

The moment of handing over the Golden Foot award to Mohamed Salah and receiving it on his behalf, Umm Makkah Al-Asoula ♥️pic.twitter.com/gF4978CVzo