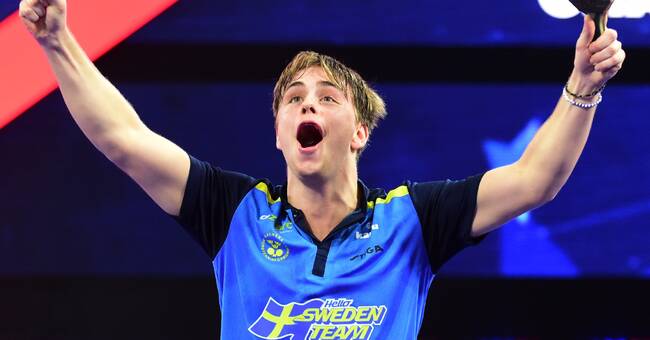 Truls Möregårdh came to the ping-pong WC in Houston, Texas, unseeded and ranked 77th in the world.

The giant promise leaves with a silver medal and is now 31st in the world rankings, Möregårdh climbs a full 46 places.

What made the big boost possible is that until the World Cup final, where he lost to the Chinese Fan Zhendong with 4-0 in sets, Möregårdh beat, among others, eight-time European champion Timo Boll (tenth in the world, Quadri Aruna (thirteenth in the world) , Patrick Franziska (16 in the world), and Chih-Yan Chuang (25 in the world).

- I did not lose a World Cup gold, I won a World Cup silver so I am happy anyway, said Möregårdh after the final loss.

The 19-year-old is now the eleventh best ranked European player, and the third best Swede.

Mattias Falck and Kristian Karlsson - at the world championships won gold in doubles - are eleventh and 29th respectively.

Both lost their places.

Fan Zhendong, who won his first World Cup gold after the final victory against Möregårdh, is still ranked number one in the world.