Is it possible to meet the 2030 climate targets with diesel cars?

&amp; quot; If the entire Spanish vehicle fleet today complied with the Euro 6 emission standard of the European Union, mobility would already reach the decarbonisation targets ... 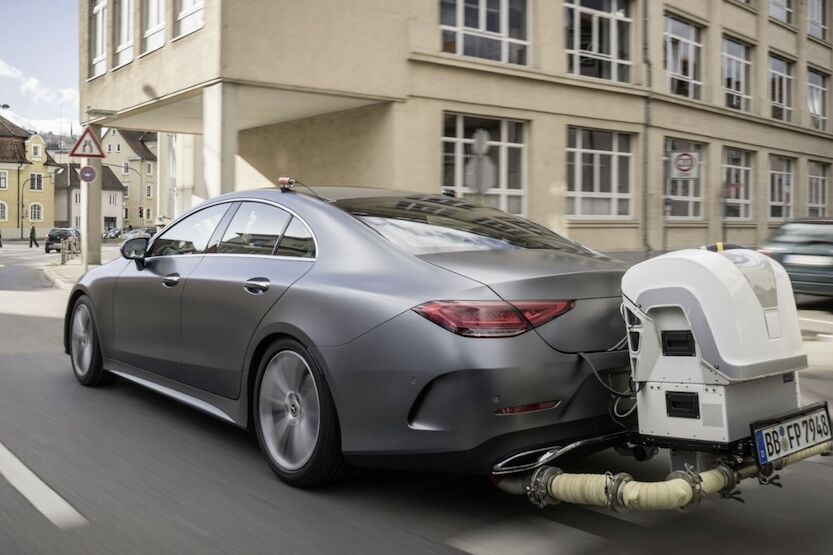 "If the entire Spanish vehicle fleet today complied with the Euro 6 emission standard of the European Union, mobility would already reach the decarbonisation targets for 2030," says the

which is one of The main problems of the Spanish fleet: It exceeds, according to the latest data from the Anfac employers' association,

The Corell Foundation does not deny the park's electrification process.

However, with an industry in the midst of a semiconductor crisis, it would be necessary to establish a more stable regulatory framework so that it would be safe to amortize their investments to multinationals.

proposes a reduction of at least 23% less greenhouse gas emissions compared to 1990. and to achieve a penetration of renewable energies in final energy consumption of, at least, 42%.

Now, the approach of the Law argues the prohibition of the sale of vehicles that emit harmful gases into the atmosphere as of January 1, 2040. However, the European Union, and Spain is among the countries that agree, claims

shorten the deadlines for said prohibition until January 1, 2035.

That said, until 2030, if diesel, gasoline, conventional hybrids or plug-in hybrids were sold only, the government's greenhouse gas reduction targets would be met.

According to the employers' association of vehicle manufacturers in Spain, Anfac,

"a car that complies with the Euro 6D TEMP standard

, be it diesel or gasoline, emits

This occurs thanks to the incorporation of catalytic gas mitigation systems.

In fact, combustion cars have a smaller tank to add

that was scarce a few weeks ago due to the global failure in the supply chain.

Although it is true that the

through Seat will invest 5,000 million

to manufacture in Martorell and Landaben the small electrics of the

until 2026, date in which these three models would be at full capacity , combustion vehicles would continue to be the majority in these factories and in the rest of those that Stellantis, Ford, Renault or Mercedes-Benz have in Spain.

The problem is getting old cars out of circulation.

plans have been shown to be ineffective

to scrap the most polluting old vehicles, the automobile sector is calling for a true plan to withdraw vehicles from the road for more than 10 years;

with attractive incentives or with fiscal measures that forcefully penalize their use.

of the Ministry of Industry did not catch on

among the people because it gave 400 euros for scrapping a car;

money that the following year had to be declared.

Selling that old car is now more profitable than the little more than 300 euros clean of aid that remains.

The sector explains that the electric vehicle is still expensive, even in the renting formula and that it only penetrates in large cities.

until yesterday, 20,000 battery-powered passenger cars and SUVs had been sold in Spain so far this year, 47% more

but a figure that only represents

can favor both the purchase of electricity and the renewal of the fleet, even for Euro 6D Temp diesel vehicles, which would lower the total emissions of the fleet.

that are seen on Spanish roads.

And with scrapping, the increase in second-hand car sales of more than 10 years among individuals would be avoided.

MotorFrom COP26 to reality: regulations that 'stop' the sale of electric

MobilityThe electric Renault 4 is 'released' as a 'car sharing' car

MotorThe Government parks, for now, the change in the DGT labels