The Tunisian national team hit hard at the beginning of its first participation in the Arab Football Cup since 1988, with its great victory over its Mauritanian counterpart 5-1, thanks to a double by Saif El-Din Jaziri and Mohamed Belarabi, at Ahmed Bin Ali Stadium in Al Rayyan, in the first round of Group B competitions. . 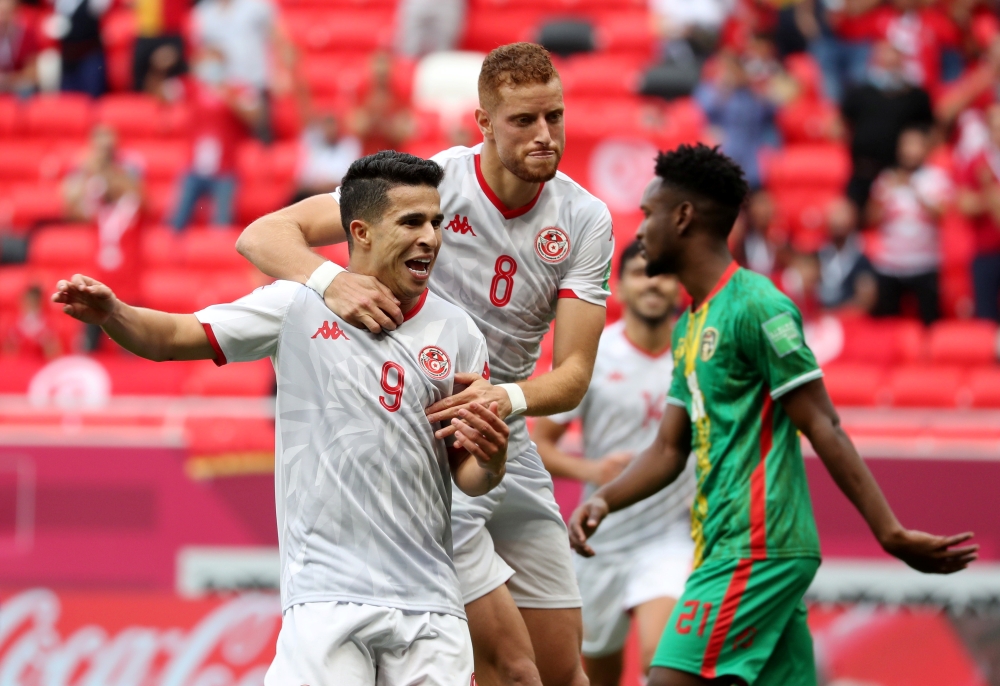 The Tunisian national team hit hard at the beginning of its first participation in the Arab Football Cup since 1988, with its great victory over its Mauritanian counterpart 5-1, thanks to a double by Saif El-Din Jaziri and Mohamed Belarabi, at Ahmed Bin Ali Stadium in Al Rayyan, in the first round of Group B competitions. .

After winning the first edition in 1963 in Beirut, the Tunisian team missed the Arab Cup in its current edition in Qatar under the auspices of the International Federation "FIFA" for the first time, until 1988 in Jordan, when it was eliminated from the first round.

The "Carthage Eagles" returned to the absence of the next four editions in 1992 in Egypt, 1998 and 2002 in Saudi Arabia, 2012 in Morocco, before they returned to participate again in the current tournament, which constitutes preparation for the World Cup scheduled in Qatar at the end of next year.

The Tunisians, who qualified for the decisive round of the African qualifiers leading to the 2022 World Cup, made a successful comeback at the expense of Mauritania, which had previously faced the "Carthage Eagles" in the Qatar World Cup qualifiers, losing 0-3 in the first leg and tied in the second negative last month.

On the Mauritanian side, the start of only the second participation in this tournament was not successful, hoping that the 1985 scenario in Taif will not be repeated when it was called from the first round. It is easy, given the presence of the UAE and Syria in this group as well, which later meet at "Stadium 974" in Doha.

It was clear from the start of the whistle that the men of coach Al Mundhir Al Kabeer were determined to settle the three points, so they surrounded Boubacar Diop's goal, who avoided an early goal after the crossbar turned to him to block Yassin Meriah's header (16).

Mauritania was hit by Diop's injury, leaving his place in the 21st minute by Namouri Diao, who bore the pressure of Tunisian pressure and the attempts of Jaziri and his companions, while his colleagues relied on counter-attacks on the goal of Farouk Ben Mustafa, who almost shook his net, but the left post was on his behalf to block the header of the Tanji diet (37).

Jaziri managed to open the scoring after only two minutes, after a distinguished individual effort and a pass from Hannibal al-Majbri (39), then Tunisia quickly added the second with a wonderful shot from the outskirts of the region for Balarabi, who is running the tournament a few days after the death of his father (42), before Jaziri struck the blow The judge of the Mauritanians with a third goal after he received the ball with a header from Fakhr El-Din Ben Youssef, he shot it at first with the goalkeeper, but it returned to him, so he followed it with the heel of the foot in the net (2 + 45).

Mauritania managed to reach the net before the end of the first half, with a penalty kick awarded after the “VAR” ruling, as a result of a handball inside the forbidden area against Mohamed Amin bin Hamida, so Moulay Ahmed Khalil “Bassam” successfully scored (12 + 45), except The difference came back to three goals at the beginning of the second half, with a second personal goal by Al Arabi, after the ball reached him due to an error in intercepting it from the defense, so he hit the ground to the left of the goalkeeper (51).

After being assured of the result, the Tunisian team preferred to deal with the rest of the match slowly to avoid fatigue and injuries, especially as it faces Syria on Friday in Al Khor and then the Emirates three days later in Doha, but that did not prevent it from threatening Diao’s goal on more than one occasion and scoring his goal. The fifth crossed by substitute Youssef Al-Maskani, after a cross from the other substitute, Yassin Al-Shekhawi (1+90).