It looks dark for Stanley Cup finalist Montreal in NHL ice hockey. In the first match after the club fired its general manager Marc Bergevin, the team went on a rampage once again. This time from Vancouver where Elias Pettersson broke a long goal drought. 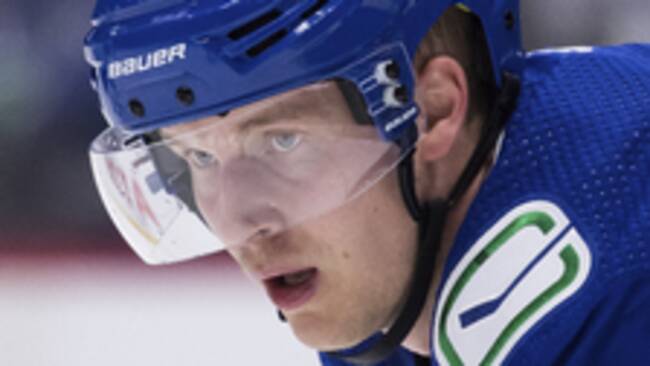 Elias Pettersson fixed 1-0 for Vancouver and contributed to the team breaking its losing streak in four games.

The goal was the Swede's first since the meeting with Anaheim on 9 November.

It ended up being 2-1 for the Canucks and the victory is much needed for Vancouver, which is last in the NHL's Pacific division and has only won seven of 23 games.

But it's worse for Montreal.

In July, the team played the Stanley Cup final - this season they have only won six of 24 matches.

"This team is much better than the results show, and I am convinced that my successor will succeed in the challenge," he said in a statement.

But it was immediately another loss.

One explanation for the declining results is that the team has managed without two of its best players.

Star goalkeeper Carey Price is being treated for substance abuse problems, while captain Shea Weber has been sidelined with several injuries.

- We always followed up on those tough seasons with solutions, because he could sit down and gather our opinions.

He really trusted us, he says of Bergevin.

Another team that started the season sluggishly is this year's newcomer Seattle, with eight games won out of 22. Last night, however, it was a real goal celebration when Buffalo was defeated 7-4.

Several Swedes were present and played until the goals.

For Seattle, both Alexander Wennberg and Adam Larsson stayed ahead and were noted for their respective assists.

In Buffalo, Rasmus Dahlin and Victor Olofsson played until their respective goals.