Loss and eight goals in the back last. Then Skellefteå bounced back and defeated Linköping 2-0. A good first period and a big-playing Strauss Mann in the goal saved the victory for Västerbotten. 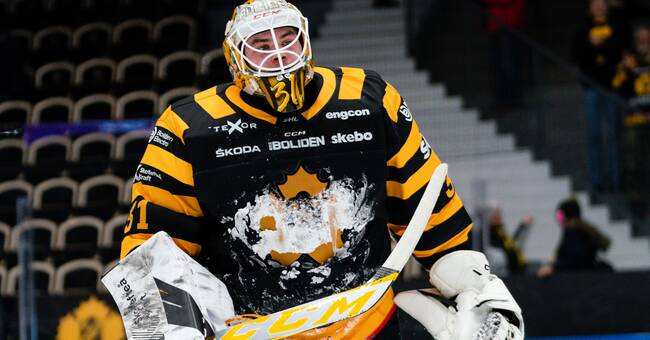 Both teams came hungry for revenge to this match after hard losses on Saturday.

Skellefteå conceded eight goals when the team lost in Oskarshamn and Linköping also leaked backwards when they combed zero against Timrå at home.

But it was only Skellefteå who seemed to have taken the loss in the right way and dominated strongly in terms of play right from the start.

With the help of two controls, the home team also took a 2-0 lead in the first period.

Rickard Huggs came after 10.14 and meant his eighth goal of the season.

With that, he tops Skellefteå's internal goals.

Less than two minutes later, it was Linus Lindström who, with control number two, made an art number and extended the home lead.

Skellefteå released the accelerator and vips Linköping grabbed the game, created long attacks and a handful of good goal chances.

Only the home goalkeeper Strauss Mann's great play ensured that the home team could keep their lead.

The young American now kept his third zero for Skellefteå.

- We are much better in others, control the puck better and create long attacks on them.

It's just a matter of continuing in the third and daring to press, says Linköping's Henrik Törnqvist to C More in the second break.

Östgötarna did as Törnqvist said and was significantly hotter than Skellefteå even in the third period, but they did not manage to score a goal, despite plenty of opportunities.

Instead, Skellefteå was able to hold off and count their fourth straight victory at home.

Too bad that the people of Skellefteå do not seem to have realized that they have one of the league's best teams in town.

The stands gap half-empty in match after match.