The Car of the Year in Europe 2021 already has finalists and almost certainly, it will be an electric 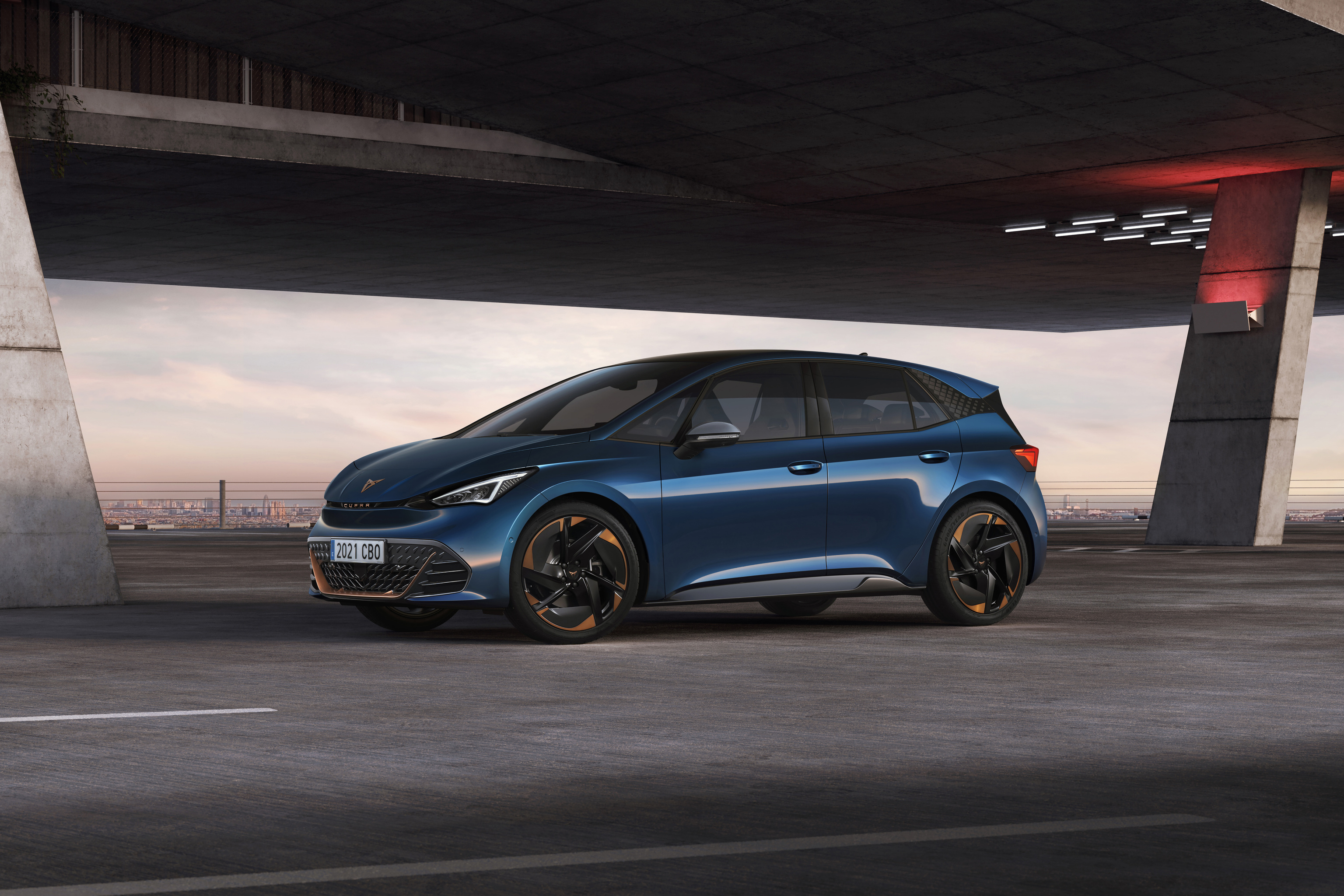 It will be difficult, unless they 'kill' each other, that the winner of the 2022 edition is not a 100% electric model:

after a selection among 38 vehicles, six of the seven that make up the so-called short list (or short list) recur to that technology.

They are, in alphabetical order, the

In fact, Cupra and Renault are in the same segment, that of compact although the second with a more crossover design: while the Kia, Hyundai, Skoda and Ford are also director rivals.

The seventh vehicle in contention is the third generation of

, which comes with plug-in versions, but which in the future will also have a battery-powered one.

The outcome will be known on

February 28, starting at 3:00 p.m., in a virtual broadcast from the Palexpo where the Geneva Motor Show was to be held.

Here is a brief overview, in alphabetical order, of the seven contenders to succeed the Toyota Yaris, winner of the latest edition of this prestigious award.

First one hundred percent electric model of the brand, which is basically the same as the Volkswagen ID3, but with a plus of sportiness and a more aggressive design.

You can also see that character in the chassis set-up, where the suspension is firmer without being uncomfortable.

Next year three additional versions will be offered: one with a smaller battery and 150 hp, another with the same battery but 231 hp and a third with the latter power and a larger capacity battery.

One or two electric motors (depending on version).

It is shocking that Ford has resorted to such an iconic name for this 100% electric SUV that it has little to do with the genuine sports car, but it is a way to take advantage of the pull.

It is offered with four power levels and two types of battery, 76 and 99 kWh capacity.

The latter, in the simplest single-engine variant, has an approved range of up to 610 kilometers.

Its rivals: for example the Tesla Model Y or the Kia EV6 and Hyundai Inoniq 5.

One or two electric motors.

It shares a base with the Kia EV6, from which it stands out for its futuristic aesthetics, although the brand says it is inspired by the extinct Pony utility.

One of its defining features is the long wheelbase (three meters for a length of 4.64 meters) which, together with the use of a 100% electric platform, translates into an extremely spacious cabin.

The prices place it as one of the most attractive models in its segment.

One or two electric motors.

It is the first Kia electric developed from scratch on a specific platform and with a disruptive aesthetic.

The habitability is very good for the 4.68 meters long that it measures.

In its minimalist and well-finished interior we find a dashboard with two large curved screens to group all the information and handling.

It has two types of battery and a range of 528 km, in the best of cases.

In addition, it can power another car or an appliance.

The Renault revolution begins with this model, born from the beginning as 100% battery-powered and on a platform that, for example, allows it to be shorter than a Captur (measures 4.18 meters) and have a 440-liter boot .

With a crossover aesthetic, it is sold with two batteries (the small one without fast charging) and up to 450 km of autonomy.

Inside, the new digital screens stand out.

Renault has put a lot of emphasis on enhancing the car's driving pleasure.

Third delivery of this compact car, which already won the award in 2014. It uses an evolution of the EMP platform, which translates into a change in dimensions, which in the case of the family body gains six centimeters between axles and can offer a trunk of more than 600 liters.

Although the great improvement is the possibility of having plug-in hybrid versions with up to 55 km of electric autonomy.

In the future, there will be a fully battery-powered 308.

The driving position, the breakthrough i-Cockpit, has evolved, especially with a multimedia screen that is already on par with the competition.

One or two electric.

Very similar to the VW ID.4 and also made on the specific MEB platform for 100% electric models, this SUV is the best example of modern Skoda: very apparent design;

It is offered with different combinations of engine, traction and batteries, with the top of the range in the RS version with more than 300 horsepower.

How to Drive Safely in Ice and Snow on the Road

Motor What is the B1 permit that Traffic could implement in Spain?