The difference between Leo Messi and the rest was evident last night in Paris, where the Argentine raised his seventh Ballon d'Or after beating Robert Lewandowski in the voting, ... 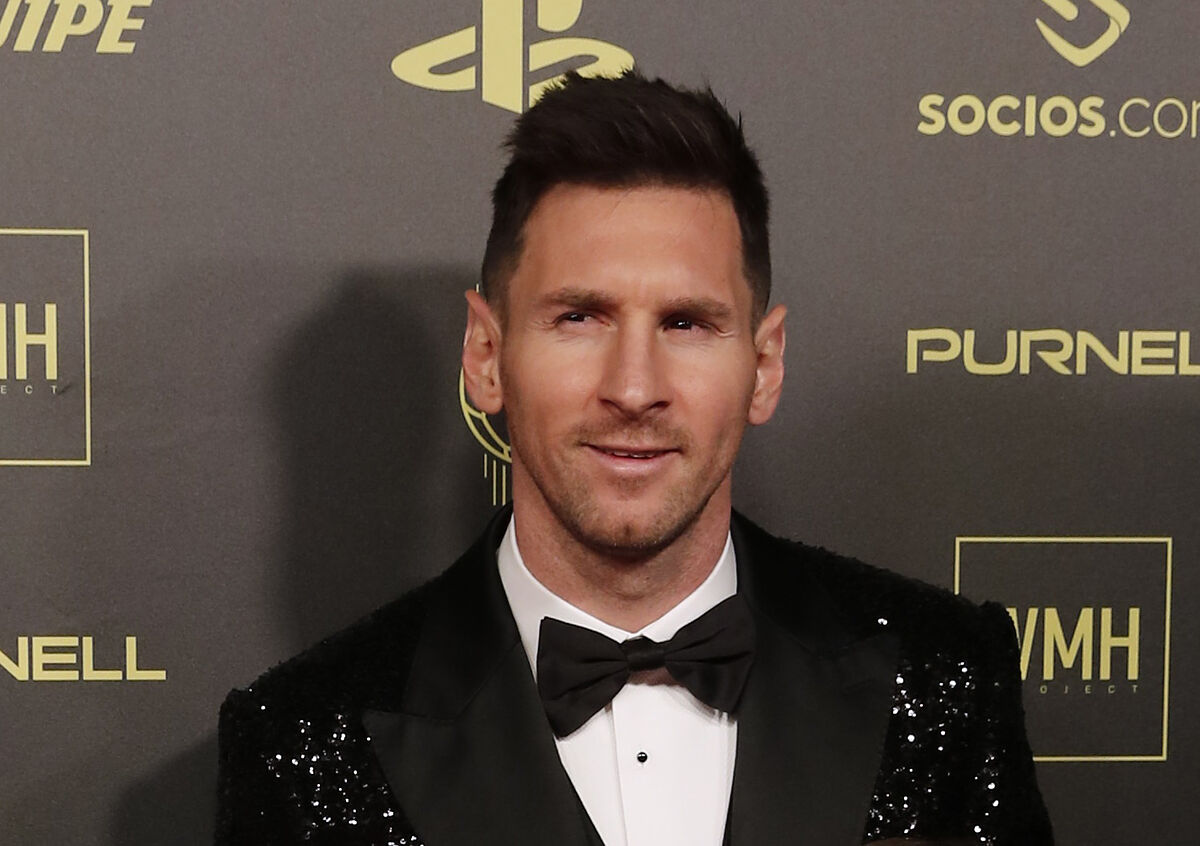 and the rest was evident last night in Paris, where the Argentine won his seventh Ballon d'Or after beating

. At 34, the Argentine has not even needed a season of high flying to convince the 180 journalists who shaped the honor roll and already leads in two trophies to

, sixth classified. The PSG star has not yet found a reply among those called to take up his banner.

, eleventh, did not even pose a threat to their tyranny.

After a year of emptiness due to the pandemic, the Ballon d'Or returned to the exact point where Messi, the 2019 winner, had left it. Lewandowski, whom Leo wanted to remember in his speech of thanks, had to settle for the distinction for the best forward.

At the close of the voting, on October 25, Messi had added 41 goals and 14 assists in 56 games with Barcelona, ​​the Argentine team and PSG. A few figures below the record of Lewandowski (54 and 7), although on a par with those of Benzema and Mbappé (35 and 13; 37 and 15). The most amazing thing about the matter is that this record of La Pulga has been a copy of 2009, when he raised his first Ballon d'Or (41 goals and 15 assists). The best evidence of their power over time is reflected in another piece of information: of the top 10 classified in that edition, only

Nothing was lacking in the choreography of a ceremony followed by 800 million people throughout the planet. The trophy's journey to the Théâtre du Châtelet, aboard a fiery orange Alpine A110S piloted by

, was the prelude to the fanfare and color of the red carpet. In reverse order of their place on the podium, Lewandowski, Mbappé and Messi were greeted as rock stars. As soon as we got out of the limousine, hand in hand with

denied any PSG meeting with

received the boos with exemplary stoicism.

In the act, of course, Benzema and Cristiano were missed, who is used to skipping these acts when he does not know the winner.

, the organizing magazine of the event.

, editor-in-chief of the magazine, of lying in a recent article in which he claimed that his only ambition is to retire with more Ballon d'Ors than Messi.

Others who did not have enough reasons for satisfaction were

, sixteenth. Since his landing in Paris, where he arrived with the obsession of lifting this trophy, the Brazilian has oscillated between third place (2017) and his total absence in the final list of honors (2019). Despite the irregularity of its number '10', the billionaire proposal of PSG obtains, at least, another endorsement. And, for the first time since 1991, with

at Olympique de Marseille, no French club had a Ballon d'Or in its ranks. The Royal Family club of Qatar joins the exclusive Real Madrid club , Barcelona, ​​Manchester United and Milan, the teams that monopolized the track record since 2004.

Among the second-rank awards, an honorable mention for

, winner of the Kopa Prize, which distinguishes the best under-21.

The midfielder was not only the first of the three Spanish finalists - in twenty-fourth place, ahead of

(29th) - but he was encouraged before the microphones with a speech other than clichés.

To the memory of those affected by the La Palma volcano, there was going to be a wake-up call about the use of plastic and its repercussions on climate change.

SoccerThe 11 candidates for The Best Award: no Spanish and only one LaLiga player

FútbolGala Ballon d'Or 2021: schedule, where to see the gala live and nominees