Watch the child prodigy .. ice skating at the age of 11 months (video)

At the age of 11 months, Wang Yujie cannot walk yet, but she does snowboarding and climbing, and this Chinese child has become a star whose photos have spread widely on the Internet. At a resort near Beijing, which will host the 2022 Winter Olympics in a few months, 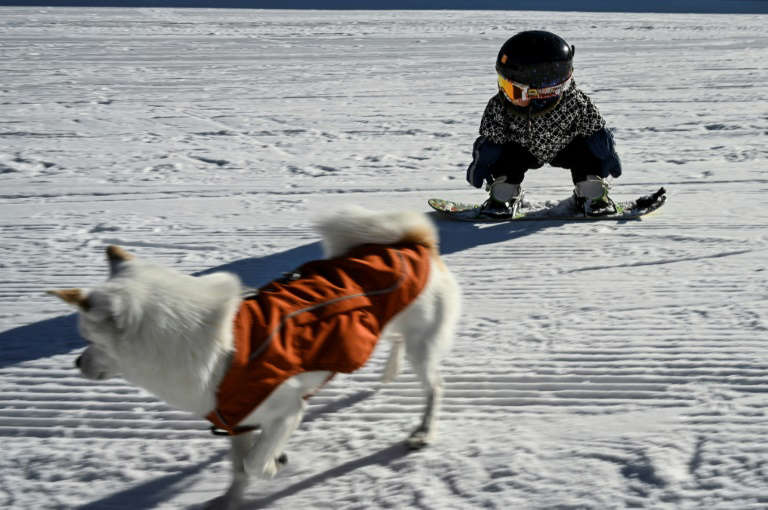 Watch the child prodigy .. ice skating at the age of 11 months (video)

At the age of 11 months, Wang Yujie can't walk yet, but she skis and climbs slopes, and this Chinese child has become a star whose photos have spread widely on the Internet.

At a resort near Beijing, which will host the 2022 Winter Olympics in a few months, her parents shove her feet into snowboarding boots and layer her several layers of padded clothing.

Once released, she begins her journey down the slope smoothly on her small board as she giggles, flexing her arms.

Unlike many beginners who struggle to keep their balance on a skateboard, her parents say skateboarding was somehow born naturally with their daughter.

"We put her shoes on and realized she could stand up," Yuji's mother, Van Xuyen, told AFP.

Yugi's first attempt at snowboarding was just two weeks ago during a family vacation.

Since then, she has been joining winter sports enthusiasts every morning at Taiwu Ski Resort in Chongli in Xiangjiakou, one of the host cities for the Winter Olympics.

"If she was afraid or showed any resistance, of course we wouldn't have made her exercise," Van adds.

But once she's on the skateboard, she "pats her legs and starts laughing, so we can tell she's not scared at all and is enjoying it."

Since Yuji is still too young to control her direction and speed, a nearby parent is always ready to step in and divert her course if she veers into an obstacle.

As they run alongside their daughter, they shout, "You're doing a great job!"

Before she learned to walk.. an 11-month-old girl skates on ice pic.twitter.com/akxWw0CxlF

Ahead of the Beijing Olympics, the government was eager to promote winter sports while building massive ice resorts attracted millions of new skiers.

Yuji's father, Wang Shuo, is a new fan of the sport and has finally started learning it.

After seeing his daughter's talent, he said he was inspired to train professionally in snowboarding so that he could teach her when she was older.

When she's not on the snowboard, Yugi crawls through the snow and tries to take her first steps independently.

Her videos have been viewed tens of millions of times on Chinese social media, and this little miracle has been dubbed "Baby" on the Internet.

At the resort, people instantly recognize her and stop to take pictures with her.

"A lot of people are commenting that 'she's very talented and might be able to compete in the Winter Olympics in the future+'," says Van, acknowledging that you made her "think about it."

"It would be great if she could bring glory to our country, but she is still very young. We will respect her decisions in the future."