Today, for the first time, Tunisia hosts the 12th station at the Kasr Al-Saeed racecourse in the 28th edition of the series of His Highness the President’s Cup races for purebred Arabian horses, in the second of the Arab tours, after Tunisia joined this year in the agenda of the precious cup races in the fiftieth year. 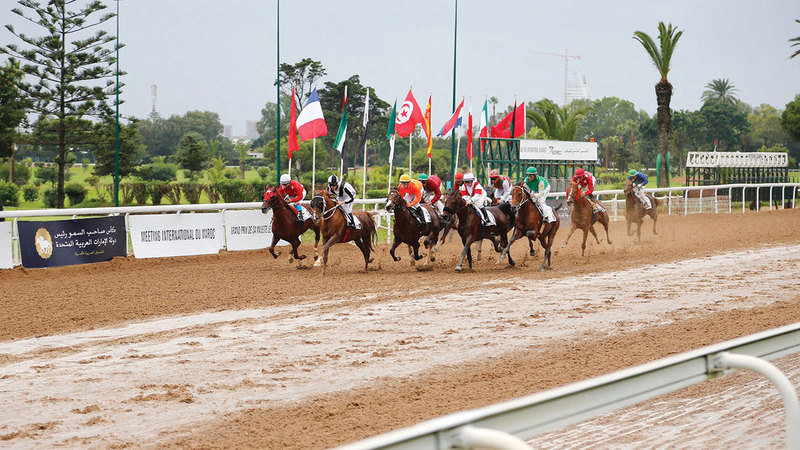 Hosting competitions for the first time

Today, for the first time, Tunisia hosts the 12th station at the Kasr Al-Saeed racecourse in the 28th edition of the series of His Highness the President's Cup races for purebred Arabian horses, in the second Arab rounds, after Tunisia joined this year's agenda of the precious cup races in the fiftieth year.

16 horses representing the elite Arab horse studs in Tunisia, known for their ancient traditions in breeding horses, will participate in the race, which is held within the “first category” for a distance of 2000 meters on the sandy ground, for horses aged four years and over. Amidst the participation of the best and elite Arabian horses.

Matar al-Yabhouni, head of the Supreme Organizing Committee of the President’s Cup Series for Purebred Arabian Horses, said in a press statement: “We are pleased that Tunisia has joined the 28th edition of the prestigious Cup, and we are proud of the extension of the message and objectives of the event for owners and breeders of Arabian horses in Tunisia, which is one of the countries interested in breeding and acquiring horses. Al Arabi, and encourages the owners to maintain his original career, which is consistent with the march of the precious cup.”

He added: “The organizing committee is keen to enhance and multiply the march of successes in all international and Arab races that are approved in its agenda every year, and plans to deliver the event’s message and concepts to all horse owners and breeders in the world, and to reflect the importance and prestige of the Arabian horse, in line with the wise leadership’s support for this authentic heritage, which constitutes An authentic corner of the UAE’s ancient heritage.” For his part, the General Supervisor of the Cup Series, Faisal Rahmani, said in a press statement: “The Tunis station is one of the new stations that have joined our races agenda, and represents an important station in its first appearance in the Tunisian scene, which is one of the producing countries and has a strong presence in the champions industry. It also reflects the continuous development stages from year to year, which are supervised by the Higher Organizing Committee.”

He continued: "The 28th edition embodied additional achievements of the series of races that toured the countries of the world with great admiration, and reflected the progress made by the precious cup each year and the new imprints that the organizing committee puts in order to expand the scope of its goals and translate its message aimed at raising the authentic Arabian horse globally, and supporting and motivating owners And horse breeders to take care of and participate in international races.”

• 16 elite horses participate in the race, which is held within the "first category" for a distance of 2000 meters on the sandy ground.