Möregårdh to World Cup quarter-final: "Living in a dream"

Truls Möregårdh is ready for the quarterfinals of the World Table Tennis Championships in Houston. After an impressive turnaround, he defeated South Korea's Lim Jong-Hoon 4-3. - But I'm not happy but want to continue playing, he says. 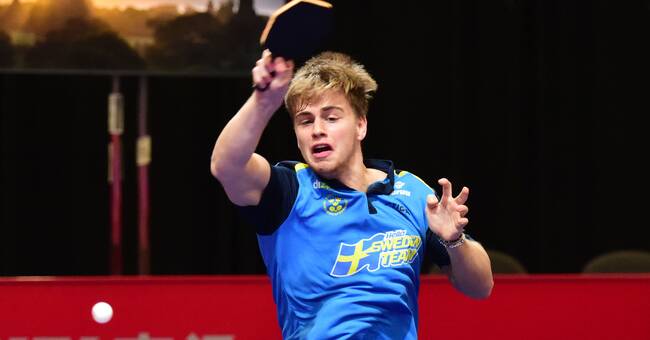 However, the victory was far from over.

The South Korean easily took home the first set and was then able to win the next two by a narrow margin.

But 0-3 did not deter Möregårdh, after 11-8 in the fourth set, he dropped only 13 balls in the three final sets.

- It was a crazy match quite simply.

Now I will call home to my family, laugh and maybe cry too, says happy Truls Möregårdh after the match.

The frustration shone in Möregårdh's eyes when the South Korean played flawlessly in the first three sets.

Whatever the Swede tried, an even harder and faster blow came back.

But with the help of former world champion Stellan Bengtsson, he was able to return.

Bengtsson tried to instill courage in his adept, be calm when needed and push in other situations.

- A fantastic match by Truls.

What I am most impressed by is his creativity and his variety and constantly finding new solutions, says Stellan Bengtsson.

When Lim Jong-Hoon started to hesitate and even make some mistakes, Möregårdh took the chance.

- I started with a little other stuff, played a little freestyle, pulled a few smashes from the hip and looked him in the eyes and tried to win the mental game, says Möregårdh who with the victory in singles took revenge for the quarterfinal miss in the doubles earlier on Friday.

- Right now I live in a dream, but I'm not happy but want to continue playing.

In the quarter finals, there may be Swedish opposition in the form of Kristian Karlsson, he will meet later in the night against Saturday Nigeria's Quadri Aruna in his round of 16.