Not a minute ago Junior Messias had scored the Milanese goal, when from the highest balcony at the north end of the Metropolitan, where there was a large ... 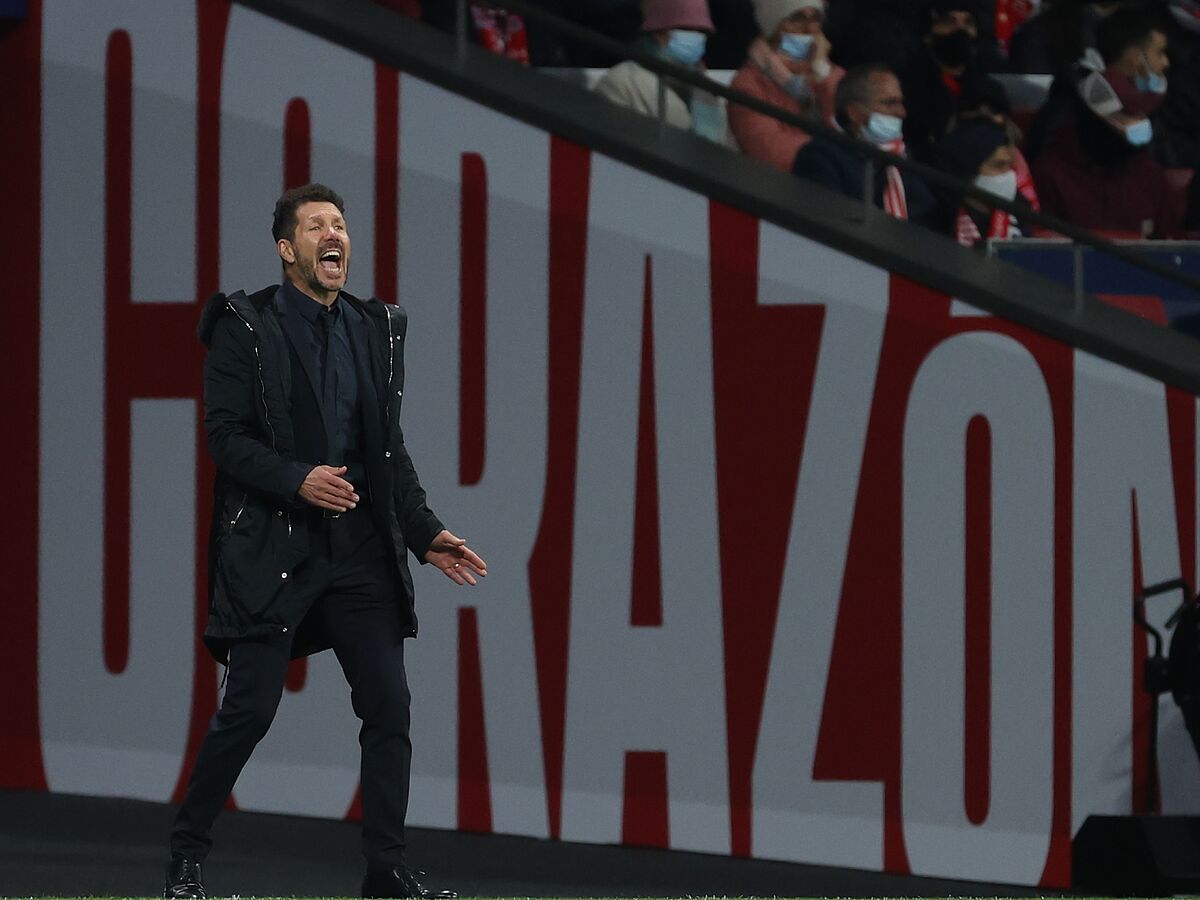 Not a minute ago Junior Messias had scored the Milan goal, when from the highest balcony at the north end of the Metropolitan, where a large group of Italians were, a handful of offensive compliments began to rain on

. Their interista heart and the joy for a victory, which seemed inevitable, led them to cast their gaze (and their throats) on the Atlético coach. And he, oblivious to the storm, with the internal pain of that goal that puts them in a tremendous mess, responded with a greeting and throwing a kiss.

A poisoned kiss, with the future of his team in Europe hanging by a thread.

Pending that final in Porto to which Milan has also signed up at the last minute, which will host a Liverpool already classified at the San Siro.

Should Milan beat Liverpool, they will have to do it for one more goal.

"The Champions does not forgive you, it lets you pass if you deserve it and we will go find the game that remains with merits to continue in it," Simeone spoke with an open heart and water on his neck.

Again, like last season, when he had to play it in icy Salzburg, at the expense of a final away from home.

Although the matter rather resembles that of that 2017, when it ended up falling to the Europa League after drawing against Chelsea.

"They have studied us very well"

, who had to have no rest at the insistence of an indefatigable Milan, was very affected by the defeat.

"The team is very touched," he said bluntly.

«It was a final, we had it very clear.

We knew that we could not fail and it is defined by a detail, "the Uruguayan central defender abounded.

"In equal numbers they closed us well, they pressured us, they did not let us play, they arrived with a lot of people inside ...", he added, reeling off the game.

Griezmann, who left the field a few minutes before

«They have studied us very well.

We had prepared something and it did not go well.

In the last 20 minutes we have rushed into certain balls, "said the French forward.

"More optimistic than ever"

As happened at Anfield, the sentence came from a lateral center.

“It was essential to keep a clean sheet and we have not succeeded.

A lateral center and the player has scored.

We are going to analyze it, but it is better if things do not happen like this, “summed up the Slovenian goalkeeper, who had never seen his locker with so many goals against before, during a group stage of the Champions League.

«I am more optimistic than ever, because we are alive.

And when one is alive, it is a situation where we are complicated, "Simeone concluded yesterday, with Atlético on the edge of the cliff.