Sébastien Haller, the Ivorian striker who smashes records with Ajax

Sébastien Haller continues to panic the counters in the Champions League. On Wednesday, he became the first player in the history of the competition to score nine goals in his first five matches… 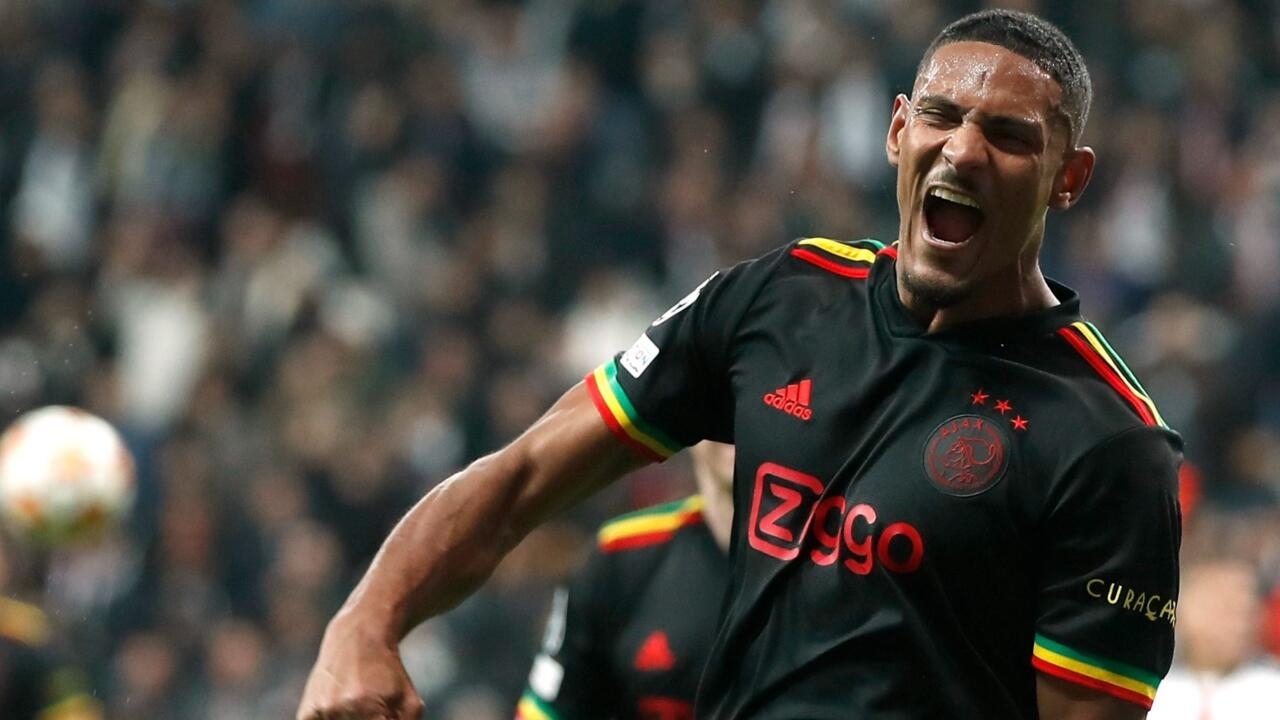 Sébastien Haller walks on the water.

At 27 and for his first in the Champions League, Sébastien Haller is still entering the history of competition.

With these two new goals, he became the first player in the history of the Champions League to score nine goals in his first five matches.

In September, for his very first match in C1, he had already marked the spirits.

He had become the 16th player to register a quadruplet since it was renamed the Champions League (1992), succeeding Olivier Giroud who had achieved the same feat on December 2, 2020 for Chelsea on the lawn of Seville (4 to 0) .

Most expensive rookie of West Ham then Ajax

Son of an Ivorian mother and a French father, Sébastien Haller was born in Ris-Orangis, in the Paris region.

In the prestigious training club, the striker impresses and is quickly outclassed.

He quickly stacks goals for the U15s, even concluding a season with 50 goals in 19 matches.

At 16, he was already playing with the club's reserve in CFA.

He was launched among the pros in November 2013 and has the difficult task of carrying the weight of the Auxerre attack despite his young age.

The linear progression stops there.

If his qualities as a finisher and his aerial game are unanimous, he is criticized for a certain nonchalance.

In lack of playing time, he was loaned to the Netherlands, to Utrecht, with an option to buy.

As soon as he arrives, he explodes.

For his first match, he signed a quadruple against Dordrecht as an aperitif and ended his first season with 11 goals in 17 matches.

After two full seasons, he changed air again and was transferred to Eintracht Frankfurt for 6 million euros.

His duet with Luka Jovic rocked the Bundesliga defenses.

Sébastien Haller finally catches the eye of West Ham, where he signed up for five seasons against a sum of 50 million euros.

He thus becomes the most expensive recruit in the history of the Hammers.

Ajax offers Sébastien Haller the opportunity to bounce back in the Netherlands.

Bought 22.5 million euros, he becomes the most expensive recruit in the history of the Lancers, and even of the Eredivisie.

Sébastien Haller is back in a championship he knows well and has played 22 matches and scored 13 goals, with a Cup-Championship double.

No European Cup, however: following an administrative ball, UEFA does not allow it to support Ajax for the Europa League.

What over-motivate him for his first in the Champions League.

"It gave me different feelings. It's kind of a dream. All your life, you wait to play these kinds of matches. And there, you score four times for your first game [in the Champions League]. C 'is fantastic, but I must really thank my team-mates. They are the ones who put me in this position, "he reacted hotly in September after his first in the competition.

On the national side, Sébastien Haller has long dreamed of joining the France team.

He has been part of all the youth selections since the U17s.

With the Espoirs, he participated in 20 matches and scored 13 goals.

However, in front of the horizon blocked by competition, he made the choice of reason and finally opted for the Ivory Coast, homeland of one of the idols of his young years, Didier Drogba.

- 06/09: double against Cameroon with his country 🇨🇮🇨🇲

8 goals in 3 games in a week and a half 🔥 pic.twitter.com/XKWuHylyu8

"It has been worrying me for years. I made a lot of youth selections with the Blues, but at one point you have to make a decision. For that, you have to analyze your performance, look at the competition at your post, remember how old you are and not lie to yourself, ”he analyzed in June 2021, interviewed by So Foot.

"At the same time, the Elephants coach contacted me and came to see me. I took the time to think about it so as not to make a mistake. When you make a choice, it must be assumed."

Summoned by the Ivorian coach Patrice Beaumelle, he shows off his orange jersey on the occasion of a double confrontation against Madagascar.

In his first match, he even gave himself the luxury of registering the winning goal for his new selection, which reassured the Ivorians about his motivation.

"When I scored my first goal in my first selection against Madagascar, it was something. I was very, very happy. It was a great moment and I hope it was only the first" , he recalls for So Foot. “Before the selection, I [had] only been twice [to Ivory Coast]. When I returned with the Elephants, it was a pleasure to feel the Ivorian vibes, it feels good. group life too, getting out of the daily life of the club, it was great. on rotten ground. "

Seven years after their last success at the CAN, the Elephants meet in January 2022 in Cameroon to compete in the African continental competition.

In a selection that already includes stars like Serge Aurier, Éric Bailly, Wilfried Zaha and Nicolas Pépé, Sébastien Haller will be an additional weapon in Patrice Baumelle's arsenal to try to win the title, two years away from a contested edition in the House.