Distance star Frida Karlsson will run the sprint in tomorrow's world cup premiere in Ruka. A decision based on both the successes from last year and one's own desire to drive. - It will be really exciting to see what she can do, says national team manager Anders Byström to SVT Sport. 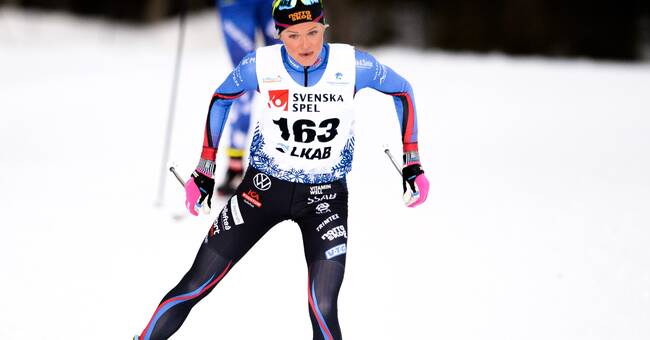 Last weekend, Frida Karlsson opted out of the sprint and focused fully on the distance races, but when the World Cup kicks off in Ruka tomorrow, she will be on the starting line as part of the Swedish sprint team.

- The reason for that is that Frida did some really good sprints last year and has herself expressed a desire to ride it in Ruka.

We talked about it in the coaching team and I think there is room for her there now to try.

She did a cannon sprint last year in Val Müstair and she has also sprinted well before at junior level, says Byström.

Frida Karlsson has previously told SVT that she wants to be able to assert herself in sprint and thus wanted to go in Ruka herself, where the course ends with a slope that requires some endurance.

Something that suits the 22-year-old who is used to distance.

- There is no doubt that she also has tools in the sprint box.

Given that combined with her perseverance, we want to see how it works, says Byström and continues:

- Her challenge is to make a good prologue and move on, then she will only be stronger than the others the longer it goes, I think.

It will be really exciting to see what she can do there.

Frida Karlsson has previously done six sprint races in the World Cup, where her best place is a third place on the Tour de Ski in Val Müstair last season.