11 teams are in the Champions League final price, most notably Real, City, Bayern, Saint-Germain and Liverpool

Five additional teams booked their seats in the Champions League final price round, most notably Real Madrid, the record holder in the number of titles (13 times), Manchester City of England and Paris Saint-Germain of France, at the end of the fifth penultimate round yesterday. In all, 11 teams have booked 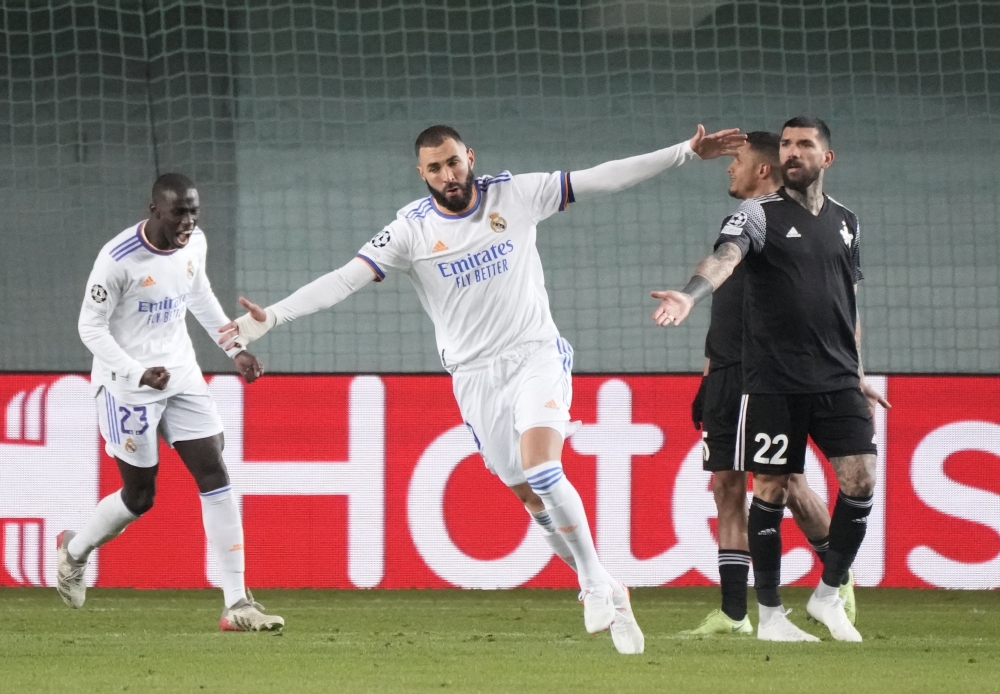 11 teams are in the Champions League final price, most notably Real, City, Bayern, Saint-Germain and Liverpool

Five additional teams booked their seats in the Champions League final price round, most notably Real Madrid, the record holder in the number of titles (13 times), Manchester City of England and Paris Saint-Germain of France, at the end of the fifth penultimate round yesterday. In total, 11 teams booked their place in the next round, which are Liverpool, City and Man United from England, Ajax of the Netherlands, Bayern of Germany, Lisbon of Portugal, Juve and Inter of Italy, Real and Saint-Germain. The top of the matches of this round between Manchester City and Paris Saint-Germain ended with the victory of the first 2-1 in the first group competitions, and together they reached the final price round.

City raised its score to 12 points, decisively leading the group against 8 Saint Germain, one round before the end of the first round. Saint-Germain advanced with a star Kylian Mbappe goal (50), before City responded by Raheem Sterling (63) and Brazilian Gabriel Jesus (77). In a second match in the same group, Leipzig returned with a landslide victory from the Belgian club, 5-0. City were the better side in the first half, but they collided with an organized team in their backlines.

A wonderful joint game between Bernardo Silva, who passed a ball with the heel towards the Algerian Riyad Mahrez, and he fired it with a strong left that was on its way to the net, but Moroccan full-back Ashraf Hakimi intervened at the last moment and scattered the ball with his head (18).

The most dangerous opportunity was in the first half for City as well, when German Ilkley Gundogan hit a ball from inside the area that bounced off the left post of Saint Germain (32) and then a shot immediately after that from Mahrez, Navas flew to it and blocked it brilliantly (33). As for the most prominent opportunity for Saint Germain in this half, it came from a quick counter-attack in which Neymar passed a forehand ball towards Mbappe, who shot it with a spiral over the crossbar from the outskirts of the region (43).

City seemed to be pressing the second half, but Saint-Germain surprised him by opening the scoring after a quick and coordinated counter-attack in which Neymar, Portuguese Nuno Mendes and Argentine Lionel Messi exchanged the ball before the latter crossed it from the left side inside the area to find Mbabbi stalking, and he fired it powerfully, which passed between the legs of Brazilian goalkeeper Ederson (50). . Mbappe was playing his 50th match in the continental competition. Mahrez tried again, but Navas had him on the lookout again (58), before City managed to equalize when Raheem Sterling followed a Kyle Walker cross from close range that hit the post and wobbled into the net (63).

Navas again tackled a cunning ball from Brazilian striker Gabriel Jesus, who participated in the second half (70), but was helpless when Mahrez passed a cross at the right post towards Bernardo Silva, who prepared it in a wonderful way in front of Jesus, so the latter followed it away from the goalkeeper's reach, scoring the winning goal ( 76).

Real Madrid and Inter are also on time.

Real Madrid snatched his ticket to the final price by defeating its host Sheriff Tiraspol of Moldova 3-0 in the fourth group of the fifth round of competitions, paving the way for the qualification of Italian Inter, who defeated its guest Shakhtar Donetsk of Ukraine 2-0 earlier.

Real raised its score to 12 points in first place, two points ahead of Inter, while Sherif Tiraspol's tally froze at 6 points in third place. Shakhtar is at the bottom of the group with an orphan point.

In the first match, the newcomer Austrian defender David Alaba opened the scoring with a direct free kick from 18 meters that hit the right foot of Brazilian Cristiano and deceived his Greek goalkeeper Georgios Athanasiades (30), while German Toni Kroos added the second with a long shot that hit the crossbar and from inside the line ( 45+1). In the second half, French striker Karim Benzema scored the third with a right-footed shot from outside the area that landed at the bottom of the left post (55).

In the second match, the Italian champions waited until the second half to net Shakhtar within 6 minutes through the 35-year-old striker in the 61st and 67th minutes.

The Italian champions regained their balance on the continent by defeating Sheriff Tiraspol twice in the previous two rounds, with a total of 6-2 matches, after he started his adventure with a 0-1 loss against Real and a goalless draw against Shakhtar.

Sporting at the expense of Dortmund

The Portuguese Sporting Lisbon also reached the price of the final, with a remarkable victory over German Borussia Dortmund 3-1 in the third group competitions, which witnessed the achievement of Ajax Amsterdam, who was part of his qualification in the last round, his fifth victory in a row after his victory over his Turkish host Besiktas 2-1 Thanks to the double of his Ivory Coast striker Sebastian Haller. Sporting needed to win by two goals to secure the second card in this group, so he had what he wanted.

The Portuguese team advanced with two goals in the first half, signed by Pedro Gonçalves (30 and 39), then things got worse for Dortmund by expelling their midfielder Emre Can a quarter of an hour before the end of the match. A penalty paid by Pedro Gonçalves, which was blocked by the guards (81).

Dortmund responded with an honorable goal in the third minute of stoppage time by Dutchman Donel Malin, but it was too late.

On the other hand, Ajax won the full mark so far by winning in its five matches, raising its score to 15 points, against 9 Sporting Lisbon and 6 for Dortmund, while Besiktas remained without credit.

Ajax trailed by one goal before responding with two goals through its reserve Ivory Coast striker, who entered the beginning of the second half, scoring in the 54th and 69th minutes.

Haller became only the fourth player in the history of the Champions League to score in his first five matches in the continental championship after Italian Alessandro Del Piero (1995), Spain's Diego Costa (2014) and Norway's Arling Halland (2019).

He also raised his tally to 9 goals in the competition, equal with Bayern Munich striker, Polish Robert Lewandowski at the top of the scorers' list.

AC Milan shuffles the cards, returning a winner over Atletico Madrid, with a single goal scored by Brazilian Junior Messias, three minutes before the end of the match.

Milan thus strengthened its chances of reaching the final price and accompanying Liverpool, the leader of this group, because it raised its score to 4 points in third place, equal to the fifth Atletico, while Porto's balance froze at five points in second place.

Milan will meet in the last round with Liverpool at the San Siro stadium, while Atletico Madrid will meet with Porto.

In a second match, Liverpool won the full mark by winning its fifth match in a row over Porto with two clean goals, scored by Spaniard Tiago Alcantara with a wonderful shot from outside the area (52) and Egyptian Mohamed Salah (70).